Jermaine Cole: “Be sure you tell my story” 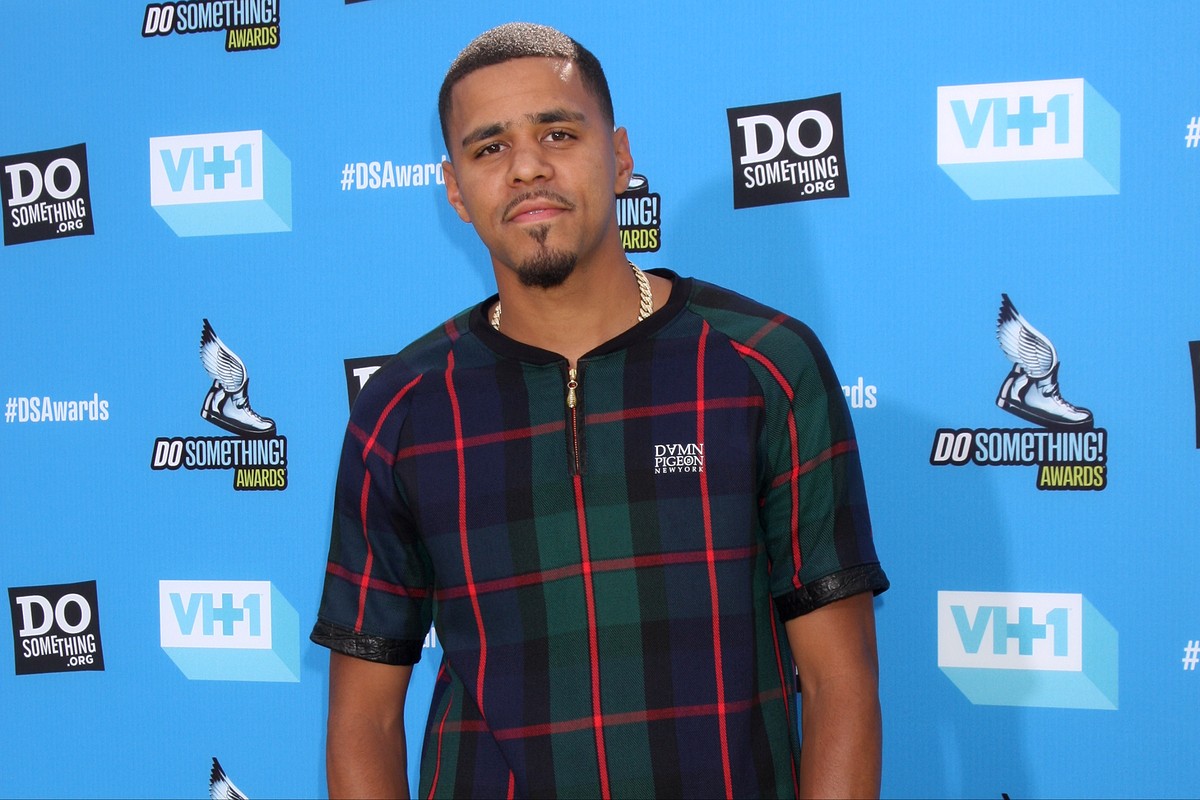 American rapper Jermaine Cole, probably best known by his stage name J. Cole, was raised by Solo Mom Kay after Cole’s dad left the family. Kay and her two sons—Jermaine and his brother, Zach—lived in Fayetteville, North Carolina, where Kay juggled multiple jobs to support her family. Until Cole was 11, they lived in a series of small homes in neighborhoods and trailer parks. Fayetteville, or “The Ville,” as Cole calls it, has subsequently lived large in Cole’s music. “In the state of North Carolina we’re looked at as the worst city, the most crime-ridden city,” the rapper told noisey.vice.com in 2015. “To go outside of the city and tell someone you’re from Fayetteville, it’s like ‘Oh shit, uh oh.’ That’s the reputation.”

When Kay remarried, the family moved to a nicer Fayetteville neighborhood and a house on Forest Hills Drive; the address would become the title of J. Cole’s third studio album. “I lived in that house for like seven good years of my life from age 11 to 18,” the rapper shared. In the new house, Cole had his own bedroom, where he could shut the door and enjoy the privacy to listen to music, write, and daydream. “[T]hat’s the house I started rapping in, made my first beat, wrote my first song,” he has said.

Money was still tight: as Cole told Music Times, “There were days when my mom would have to scrape up nickels and dimes to give me $1.50 lunch money. And I would know she wasn’t eating lunch that day so that I could.” Cole’s stepdad was a rap fan, and the boys thought that was cool, but life wasn’t perfect. “Family life wasn’t terrible but there wasn’t a lot of love in the house,” Cole remarked. After he left for college, Kay’s marriage deteriorated. She couldn’t afford to stay in the house, and it was foreclosed.

The intervening years were a journey, as Cole navigated the sometimes-bewildering arc of fame. Born Sinner, Cole’s second studio album, reflected the ambiguity Cole felt about fame and identity. “On Born Sinner . . . I was aware of the danger of losing myself,” he told noisey.vice.com. “2014 Forest Hills Drive is like, I’ve figured it out, I have an answer. It took me running away from home to learn that ultimately, home is where it’s at.”

Just before 2014 Forest Hills Drive dropped, Cole heard that the house in which he’d spent those formative years was back on the market. He bought it. “It was justice, me buying the house back on some justice shit, because I never liked the way that they took the house from us.” (He references the foreclosure in the track, “Apparently.”) Cole continues: “It’s a symbol for home and understanding your life better; what truly brings happiness. I’ve never been a materialistic person but I was caught up in career and consumed with success. My happiness being based on my success level as opposed to just appreciating what I have, the relationships and family that I have. So [buying the house is] a symbol for reconnecting with that shit.”

In early 2015, on the Brooklyn rap podcast The Combat Jack Show, Cole announced his plans for the house: that it become a haven for Solo Moms in the Fayetteville area. Solo Moms living with multiple kids in unsuitable housing could live rent-free in the property for up to two years at a time. As Cole said during the interview, “I want her kids to feel how I felt when we got to the house.”

As for his own Solo Mom, Cole feels nothing but pride in Kay, who has had a profound journey of her own and appears all over his art, warts and all: Cole has rapped about everything from Kay’s battles with Cole’s absent father to her drug addiction. In the song “Breakdown,” which appeared on Cole World: The Sideline Story, Cole sings: “I never thought I’d see my mama on that shit man / It’s fuckin’ with her body, now she sick damn / I wanted a big house with a white picket fence and a pool / Who would have ever thought that it would come to this, man?”

“Before it was just therapy, a way to discuss this shit,” Cole told dreamvillenation.net in 2013. “[B]ut then I had a conversation with my mom. She told me, even before she heard the song, ‘Be sure you tell my story because people need to hear that and I’m not ashamed.’

“And she shouldn’t be,” Cole said. “She beat that shit.” He credits Kay with his success, too. As he once told HipHopDX, “I think [my mom is] the reason why I came out as good as I did . . . she gave me the tools I needed to kind of get to where I want to be.”

Listen to this touching story on how he helped his mom retire after working for the United States Postal Service for over 20 years.