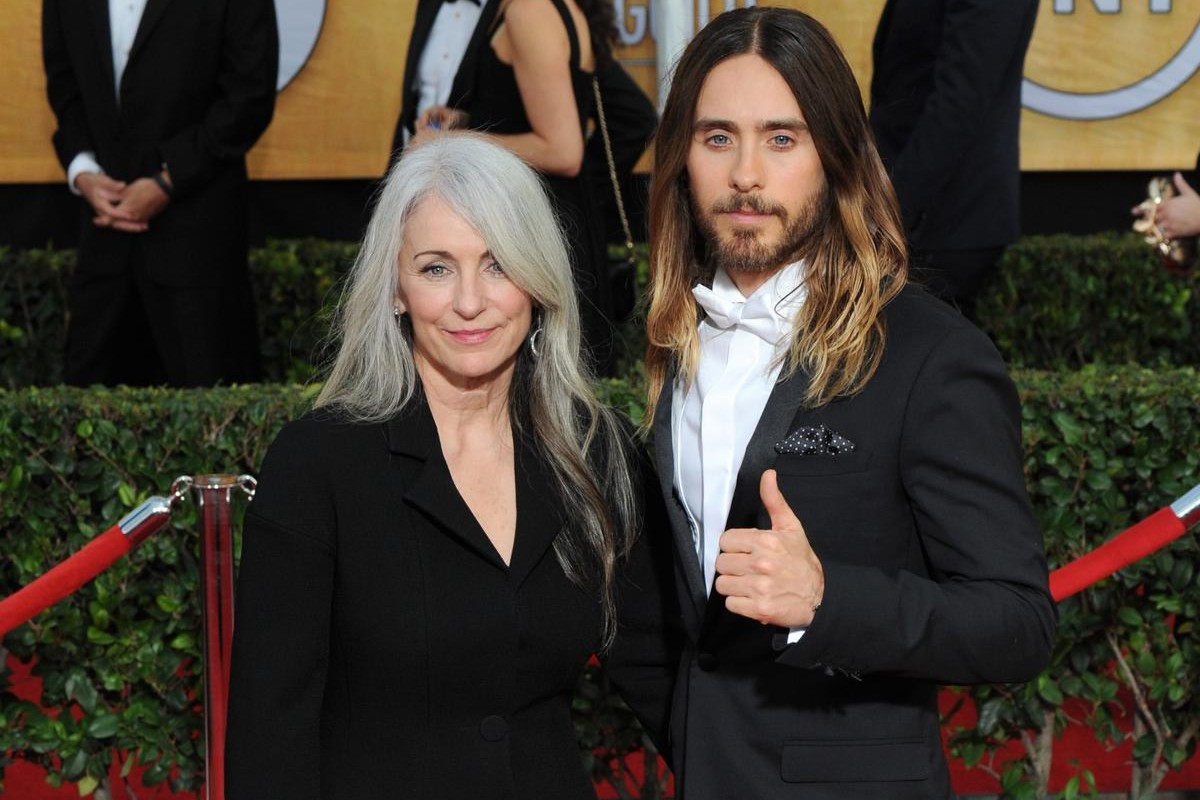 Whether rocking ponchos on the red carpet or pairing beaded Balmain blazers with snow boots, actor and singer/songwriter Jared Leto has always had his own style. Maybe that’s because Solo Mom Constance Leto always encouraged him to develop his artistic side.


The actor, who won a Best Supporting Actor Oscar in 2014 for his portrayal of transgender AIDS patient Rayon in the film Dallas Buyers Club, gave a heartfelt acceptance speech in which he paid tribute to his mom.

“In 1971, Bossier City, Louisiana, there was a teenage girl who was pregnant with her second child,” Leto said. “She was a high school dropout and a single mom, but somehow she managed to make a better life for herself and her children. She encouraged her kids to be creative, to work hard, and to do something special. That girl is my mother, and she’s here tonight. And I just want to say, I love you, Mom. Thank you for teaching me to dream.”

It’s been an interesting road, from those early days in Louisiana to the Academy Awards stage. Constance and Leto’s father, Tony Bryant, divorced when Jared and his older brother, Shannon, were young. In the years after the split, the little family lived with Constance’s parents. Jared’s grandfather was with the military, so they moved frequently. Constance, a bit of a hippie, always encouraged Jared in the arts, and he was surrounded by like-minded spirits. “I did grow up in a very creative world,” Leto told Mr. Porter magazine. “It was the 1970s, the age of the artist and the hippy, and my exposure to that shaped me in a really deep way. I was raised among people who made things to make them. . . . You have to do what is important to you and protect that.”

Money was tight; as Leto described it to Mr. Porter, they were sometimes “food-stamp poor.” Constance eventually remarried Carl Leto, and though the marriage ended in divorce, Leto adopted the boys and gave them his surname. Over the years, Constance and the boys lived in a commune and spent some time in Haiti. Leto, who broke into acting with the role of Jordan Catalano on the television show, My So-Called Life, has appeared in films ranging from Requiem for a Dream to the aforementioned Dallas Buyers Club. He is set to play the Joker in the forthcoming Suicide Squad.

Through it all, he has kept his family close. Leto and his brother, Shannon, formed the band 30 Seconds to Mars in 1998; they have released four studio albums, and Leto even took a break from acting to focus on the music. He describes the band’s 2013 concept album, Love Lust Faith + Dreams, as very personal. The final song, “Depuis Le Début,” closes with the sound of a music box playing the familiar theme from Tchaikovsky’s Swan Lake. As Leto explained to Mr. Porter, “My mother used to put my . . . brother and me to sleep by playing that exact music box. And we wanted to put a little bit of our life on there.”