President James A. Garfield: The Last of the Log-Cabin Presidents 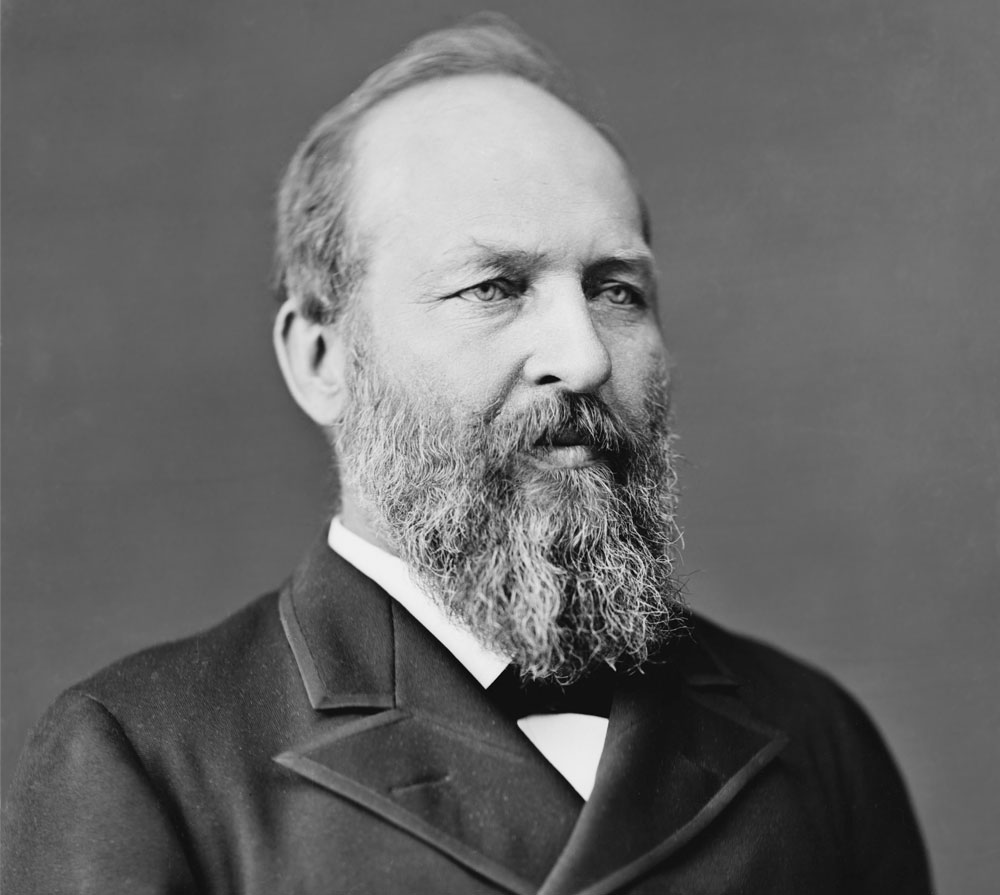 Just shy of 50 years old when he was killed by an assassin’s bullet, President James A. Garfield nevertheless managed to cram a wealth of experience into his relatively short lifetime. When he died, he was the 20th president of the United States. But he began his life in humble circumstances, and historians continue to be absorbed by what can only be described as a dizzying climb to power. Garfield himself credited his success to his Solo Mom, Eliza Ballou Garfield.

Garfield was born in a log cabin near Cleveland. His father died when Garfield was a toddler, and his mother was left to raise her children while managing the small family farm. Life wasn’t easy: the little family lived in poverty, and the future president never forgot the way peers mocked him for his shabby clothing. “To some men, the fact they came up from poverty is a matter of pride. I lament it sorely,” he was to say years later. “Coldhearted men frowned upon me, and I was made the ridicule and sport of boys that had fathers and enjoyed the luxuries of life.”

His pain fired ambition, and he worked hard. “He is the last of our log-cabin presidents,” Mary Lintern, a park ranger at the James A. Garfield National Historic Site in Ohio, told Investor’s Business Daily in 2015. Though Garfield disliked manual labor, he took a job, as a teen, towing barges up the Ohio Canal. He also worked as a janitor and a carpenter; through it all he immersed himself in study. Academics came easily to him, as did rhetoric, and on the strength of a letter he wrote to renowned educator Mark Hopkins, Garfield was accepted into Williams College in Massachusetts.

Garfield graduated with honors from Williams, and in the years that followed, he distinguished himself as an educator, a linguist proficient in Latin and Greek, a lawyer, and a minister for the Disciples of Christ. He served heroically in the Civil War, rising to the rank of major general. He served nine terms in the House of Representatives. Garfield continued to read voraciously, and his enlightened perspective and religious conviction suffused his views on slavery and race. When he became president in March 1881, he brought to the position an informed, principled worldview. “My countrymen . . . 50 years hence our children . . . will surely bless their fathers and their fathers’ God that the Union was preserved, that slavery was overthrown, and that both races were made equal before the law,” he said in his inaugural address.

Garfield’s mother, Eliza, was the first mother of a U.S. president to attend her son’s inauguration, and she lived at the White House with Garfield; his wife, Lucretia; and their children. Eliza was frail, but her son, strong and tall at 49, cheerfully carried her up and down the White House stairs.

The White House months were happy but brief. On July 2, 1881, disgruntled political rival Charles Guiteau fired two shots at Garfield as the new president made his way to a Williams College reunion. Mortally wounded, Garfield clung to life for almost three months after the shooting; doctors could not find the bullet, and on September 19, 1881, President Garfield died from infection and internal hemorrhage. His Solo Mom, Eliza, survived him by seven years.

Listen to Johnny Cash’s take on the president in his rendition of the song “Mr. Garfield.”