Margot Robbie: Fake It Till You Make It 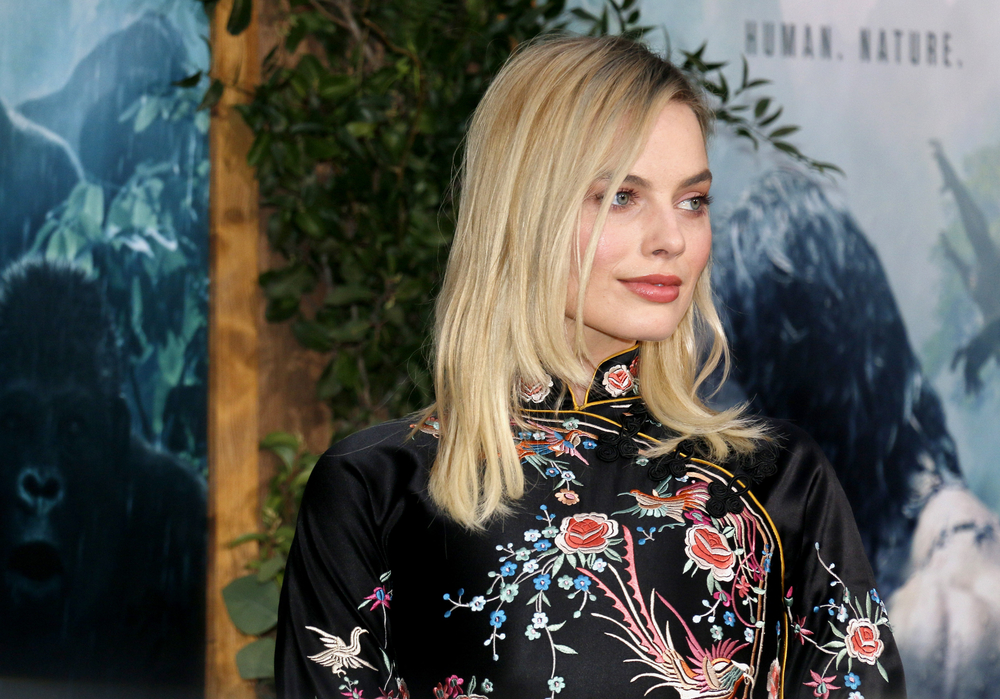 Actress Margot Robbie is no stranger to hard work. She’s been working since she was 10 years old: her first job was polishing cutlery in a restaurant, and by the time she was 16, Robbie worked three jobs to help make ends meet. “I went to a school where all of my friends were very well-off,” Robbie, who grew up in Queensland, Australia, told Vogue in 2016. “[A]nd I went to their houses a lot, and so I knew what it looked like to be rich but I didn’t have it, so I was like: OK—I know exactly what I want.” One thing she didn’t want for was love. Robbie is warm in her praise of her Solo Mom, physiotherapist Sarie Kessler. “I adore my mother,” she said. “She’s the most pure-hearted, divine human being.” In 2015, Robbie honored her mom by paying off Kessler’s mortgage for a 60th-birthday gift. But back in the day, Robbie, her three siblings, and their mom shared a small house with one bathroom (Kessler and Robbie’s dad divorced when Robbie was young), and everyone worked to help out. Hence the three jobs, which included a gig selling surfboards and gave the 16-year-old a confidence unusual for her age.

That confidence came in handy when, at 17, Robbie cold-called Grundy Television Australia, the production company for the Australian soap opera Neighbours. She auditioned and won the role of fiery, kooky Donna Freedman; though the part was originally intended as a guest spot, Robbie was soon promoted to regular-cast-member status. After almost three years on the series, Robbie left to pursue her next dream, an acting career in Hollywood, where a role on ABC’s Pan Am was followed by a breakout performance opposite Leonardo DiCaprio in The Wolf of Wall Street. More film roles followed, including a tour de force turn as Harley Quinn in Suicide Squad. But it was Robbie’s 2017 depiction of controversial figure skater Tonya Harding in the film I, Tonya that netted her a nomination for a Best Actress Oscar.

I, Tonya was developed under LuckyChap Entertainment, a production company Robbie and her husband, Tom Ackerley, founded in 2014 with a couple of close friends. “I understand [Harding’s] ambition,” Robbie told Deadline Hollywood in November 2017. Indeed, Robbie tapped into ambitions of her own for the film, which demanded that she star, produce, take on an accent, and learn to figure skate. Her costar, Allison Janney, admires Robbie’s drive. “[Margot] was going to be typecast as this beautiful young thing [in Hollywood],” Janney told the Hollywood Reporter in January 2018. “[S]he wanted to find interesting roles for herself and for other women, so she took the bull by the horns and she formed this company.”

Robbie is appealingly blunt when asked about her willingness to try anything, whether that anything is doing her own stunts (as she did for Suicide Squad) or starting her own company to create opportunity. “The whole fake-it-till-you-make-it thing has really worked out for me,” the actress told Vogue. “The more times you do that, the more you realize that no one really knows what they’re doing; everyone’s kind of figuring it out or pretending they know until they do know.” Of course, a little hard work doesn’t hurt, either. As Robbie added, “And you can apply that to anything—you just have to hustle.”