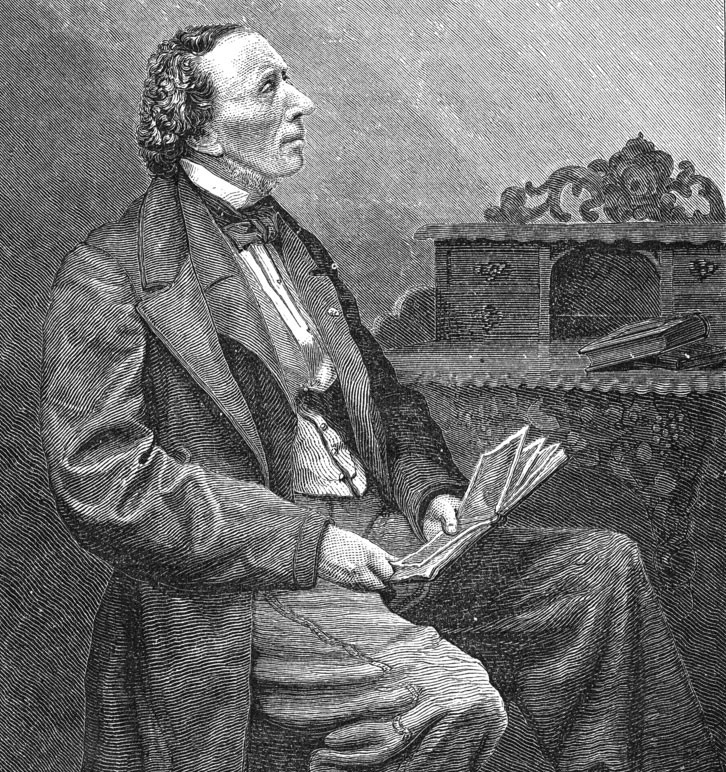 Nineteenth-century Danish author Hans Christian Andersen is best remembered for his fairy tales stories, like “The Little Mermaid,” “The Snow Queen,” and “The Ugly Duckling.” The stories still seem fresh almost two centuries later because of their timeless themes of resilience. His father, also named Hans, introduced the boy to literature and read him Arabian Nights. His mother, Anne Marie Andersdatter, had endured a hard life as a child and was protective of her son. Both parents encouraged him to develop his imagination. But his father died in 1816, leaving Anne Marie, who had labored as a maid and washerwoman most of her life, a new role: Solo Mom. Upon the death of her husband, Anne Marie told her son that the Ice Maiden had carried off his father. The story goes that the winter before, Andersen’s father had shown his little family what looked like the figure of a woman in the ice on the window, asserting that the Ice Maiden had come to take him away. Similar ideas later appeared in Andersen’s work. Later the 14-year-old boy convinced his mother to let him take his chances in Copenhagen rather than studying to become a tailor. According to the Encyclopedia of World Biography, when Anne Marie quizzed her son as to what he would do once he got there, the boy replied, “I’ll become famous! First you suffer cruelly, and then you become famous.” He did achieve worldwide fame, though it took time. When Anne Marie died in 1833, her son’s talents had not yet resulted in fortune, but she knew her boy had risen beyond her own world. As Andersen observes in The Story of My Life, “She died in the happy belief of my success, and that I had become famous.”