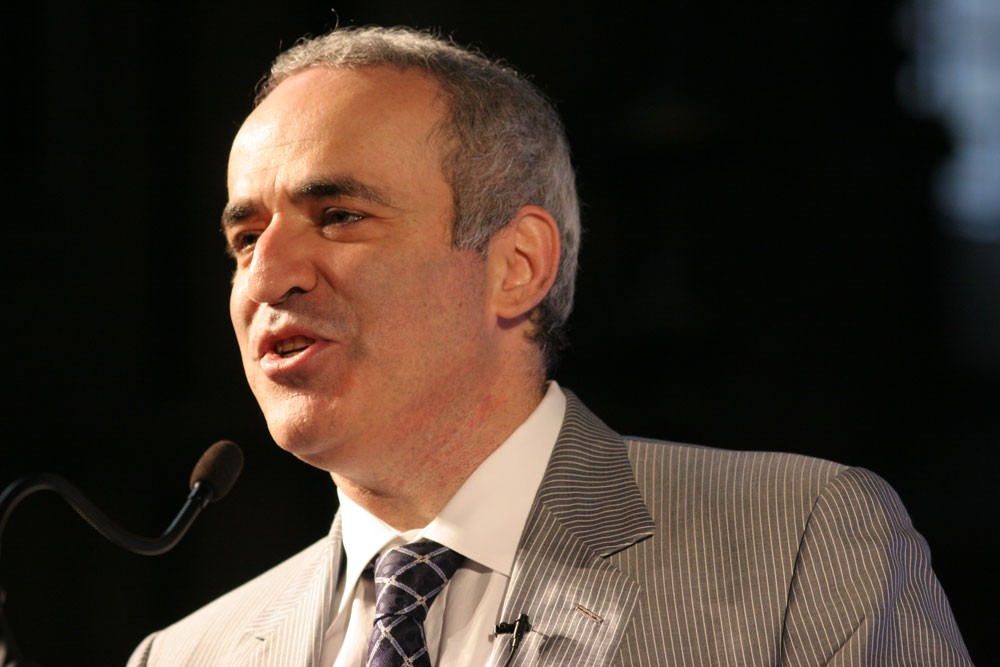 By the ripe age of seven, Garik Kimovich Weinstein, or Garry as his parents called him, was on a path to becoming arguably the greatest chess player of all time. When his father died of leukemia, his mother, Klara Shagenovna Kasparova, took over the management of his career. In addition to managing his interviews and chess meets, Kasparova gave him a Soviet variation on her own last name. Throughout Garry Kasparov’s retirement from chess and his prodemocracy activism, his mother has continued to live and work alongside him in Moscow. “We are like soldiers together in the ditches,” she told The New Yorker magazine.

Image By David.Monniaux [CC BY-SA 3.0 or GFDL], via Wikimedia Commons