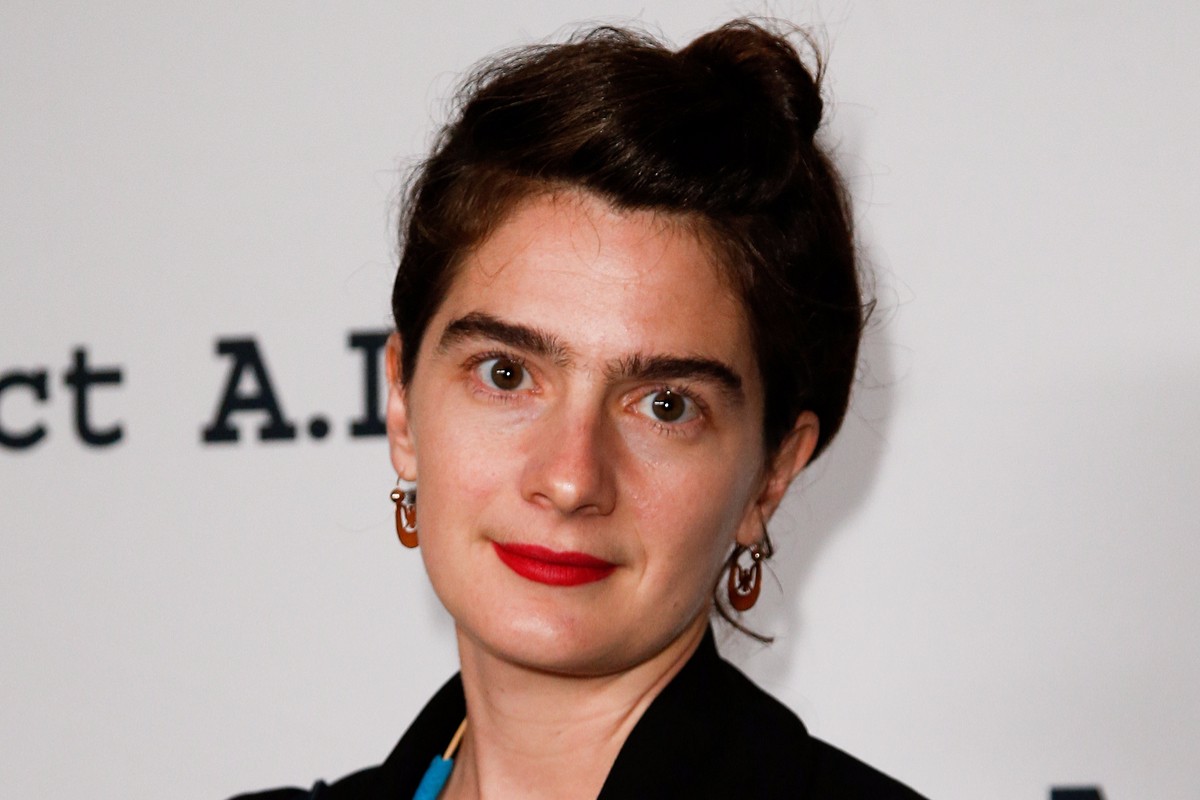 Fans may recognize Gaby Hoffmann from her role on the Web television series Transparent; her portrayal of youngest daughter Ali has earned the actress an Emmy nomination, for Outstanding Supporting Actress in a Comedy Series, two years running. What they may not know is that Hoffmann has been acting since she was a kid, when she began to appear in commercials to help her family pay the bills.

Family was mom Viva, an actress, a writer, and a regular in Andy Warhol’s art-house films of the late 1960s, and half-sister Alexandra. Hoffmann’s parents were estranged shortly after her birth; her father, soap actor Anthony Herrera, was not a significant part of her life. That left Solo Mom and free-spirit Viva to raise her girls in an apartment at New York’s Hotel Chelsea. “It was a really great place to grow up,” Hoffmann told the Observer in 2013. “That hotel functioned as a small town, almost. It’s not really possible now to be a six-year-old with independence in Manhattan, but the Chelsea provided this little protected community. I was friends with the bellman and got into trouble in the hallways.”

The experience was sometimes a gritty one. When Hoffmann was a girl, Viva illustrated an unpublished book called Gaby at the Chelsea, a sort of answer to Kay Thompson’s famous take on New York life, Eloise. If Eloise chronicled a rarified existence of nannies and pet turtles and life at the Plaza Hotel, Gaby at the Chelsea provided a different perspective. “I think it was about me walking my dogs on 23rd Street and getting in a fight about the dog shit,” Hoffmann remembered. “That and having encounters with my buddy the homeless guy who lived on the corner, and finding drugs in the hallway.”

The acting came about because there were bills to pay. The little family was on and off welfare: “We were really struggling,” Hoffmann said. “My mom was a single mother, raising my sister and me. My mom has an incredible talent for living in the world without traditional structure, and her friend, who was in advertising, put me in a commercial when I was five. It was just to make money.”

But the commercials evolved into film, including roles in Field of Dreams, Sleepless in Seattle, and the 1990s coming-of-age comedy Now and Then. Viva appeared in a few small films herself, while acting as her daughter’s manager. Hoffmann sometimes felt ambivalent about acting, quitting for stretches of time before deciding to return to work. “I announced my retirement about four times when I was a kid,” she laughed. “I would always say, ‘I [just] want to be in third grade,’ and my mom would say, ‘Of course you don’t want to work! It’s a horrible business!’ And then two months later I’d change my mind, and my mom would say, ‘Let’s go make a movie!’”

Hoffmann took time off again to attend Bard College and then spent her 20s dabbling in this and that. She interned with a chef in Italy and trained to be a doula. She lived with a boyfriend in a vintage trailer in the Catskills. “I was obsessed with figuring out if [acting] was something I would have come to as an adult on my own,” she told the New York Times Magazine in 2013. She eventually decided to spend a year saying yes to every audition but choosing only those projects that fulfilled her, at least as long as finances allowed.

Her work since has been as varied as her life experiences, ranging from the titular role of eccentric Crystal Fairy in Crystal Fairy & the Magical Cactus, to appearances in television series such as Louie and Girls. And then, there are those Emmy nods for her work on Transparent.

Hoffmann is now a mom herself to Rosemary, her daughter with boyfriend Chris Dapkins. The lessons from her Solo Mom and unusual childhood seem to have informed her parenting—and her work. “For me, being a mother is about being yourself—trying to be honest about who you are in the ever-evolving nature of who one is and do that for your kids, too,” she told Nylon in 2015. And when working on Crystal Fairy, a film that was shot in just 12 days and almost entirely improvised, she has said she drew on her childhood experiences to discover and fully realize her character. “I grew up with lots of artists in an environment where conformity and the norm were totally not what anybody was after,” Hoffmann shared with Movieline in 2013. “So, while the character of Crystal Fairy is not me at all, elements of who she is are very comfortable territory for me. I wasn’t exactly drawing on specific people but rather the world I grew up in, which was a world about individuality and expression and people being themselves at any cost. I don’t really see the point to living any other way.”

Bottom line, Hoffmann is grateful to her mom. As she told the New York Times Magazine, “It was because of who my mother is that I ended up living a life surrounded by extraordinary people, all of whom have played a major part in who I am today and why I turned out the way I did.”

Check out interviews with Hoffmann both now and then, or listen to her interview on NPR below.