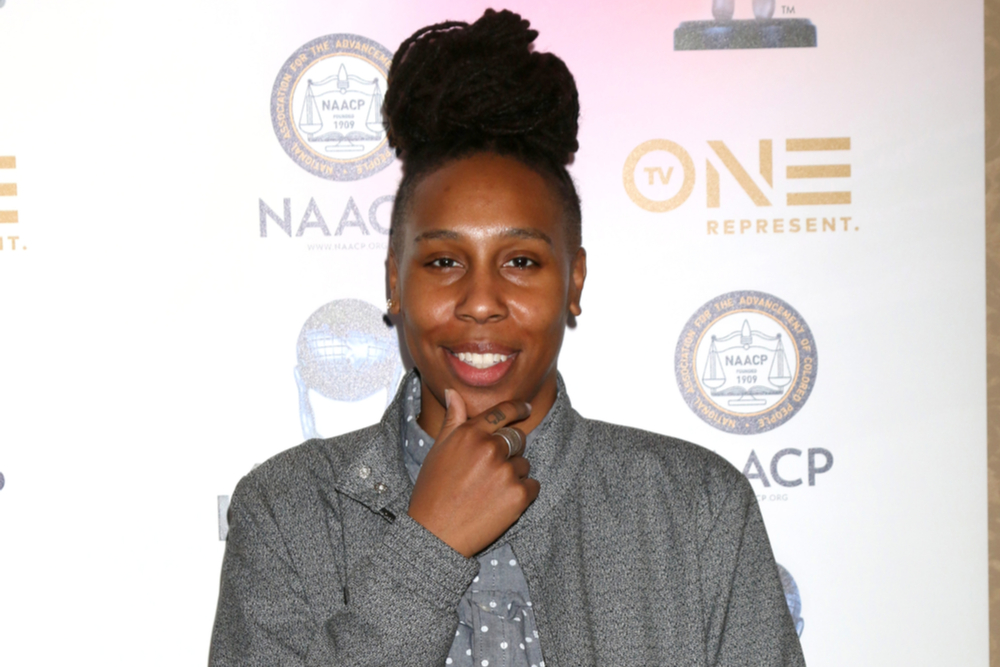 Actress and screenwriter Lena Waithe knew from an early age what she wanted to do in life. “I was sort of a weirdo, because when I was 7, I realized I wanted to be a television writer,” Waithe told Vogue in 2015. “I watched a ton of TV. . . . I also loved spending time reading and writing, so when it came time to really figure out what I wanted to do, I put those two loves together.” Waithe’s Solo Mom, Laverne Hall, was supportive. So was Waithe’s grandma. Fast-forward to 2017, when audiences saw Waithe accept, along with cowriter Aziz Ansari, an Emmy for Outstanding Writing for a Comedy Series: the actress, perhaps best known for her portrayal of Denise on the Netflix series Master of None, won the Emmy for writing the season-two episode, “Thanksgiving,” for that show. And though comedy has traditionally been her go-to, these days she’s mining new territory as creator of the Showtime drama The Chi.

Waithe is the first African American woman to net an Emmy for outstanding writing in a comedy series, and, as she told the New York Times, she was inspired by Halle Berry’s winning the Best Actress Award, at the 2002 Oscars, for her role in Monster’s Ball. Berry’s award “changed me,” Waithe said. “It made me know that we as a community were really embraced by Hollywood in a real way.”

The “Thanksgiving” episode that earned Waithe her Emmy explores the roots of the friendship between the actress’s Master of None character, Denise, and Ansari’s Dev, following the two over annual Thanksgiving dinners as Denise tries to open up about her sexuality. It draws on some real-life parallels: Denise, like Waithe, is lesbian. Denise’s mother, Catherine, like Waithe’s own, is socially conservative.

“It’s not [a] how-to guide,” Waithe told the Daily Beast. “[But] I hope it inspires people who have come out. I hope it encourages people who are afraid, to give them courage to come out.” And as Waithe notes of her own coming out, courage is demanded on all sides. “It was just as scary for my mom as it was for me,” she says. “We’ve gone on a long journey, and I’m really proud of where we are on our journey now.” The pride goes both ways: the night of the Emmy Awards, Hall texted her daughter to share how happy and proud she was.

Waithe, who lived on the South Side of Chicago until she was 12, was raised along with her sister, Lauren, by Solo Mom Hall and their grandmother Tressie. She’s drawn on her experiences of the city to create The Chi, which premiered on January 7, 2018. A pastiche of stories about people living on Chicago’s deep South Side, The Chi begins with a crime but ultimately is about the neighborhood and the resilience of its inhabitants. “I just wanted to feel a human story that, even if you’re not from Chicago, and if you’re not black, you can still look at it and see the humanity in it,” Waithe told Salon. “A big thing for me was to [show] there’s a real sense of community there.”

Though she mines her experience of the South Side, Waithe is adamant when she explains that The Chi is not her story. That said, every male character in the series is inspired by, and sometimes even named for, people she knew growing up. The character of Ronnie, for example, shares a name with an uncle who wrestled with substance abuse, spent time on the streets, and was in trouble with the law. “Someone may walk by him and think, ‘Oh, isn’t that a waste?’ But yet, he wasn’t,” Waithe said. “He was a life. He was my grandmother’s son, he was my mother’s brother. He was my uncle, and I think to me, what I wanted to do is not apologize for his decisions, or the decisions that he made in his life, but to show the humanity . . . [to] show that his life is valid. . . . His absence means something to my family.”

If Waithe hopes that the series will highlight the humanity of Chicago’s denizens, she also hopes it will elevate perceptions of the city itself. She’s tired of listening to people who have never lived in Chicago talk about it solely in terms of gun violence and murder statistics. “It’s not a jungle,” she told CBS This Morning. “It’s not a bunch of hooligans with no hearts and no souls. . . . Sometimes it’s just middle-class folks trying to get to work every day, trying to raise their kids, trying to get to church [when] they can.”

That was Waithe’s experience growing up. As she told Fresh Air’s Terry Gross, “[E]ven though we were a neighborhood made up of many different families, we were almost as if we were one big family. . . . My grandmother hosted a lot of neighborhood watch meetings. We—she had weekly poker games at the house where people would come, and fellowship, and communicate, and gossip, and tell jokes, and drink and smoke.”

And Waithe’s vision is unique. “I wanted to show that sense of normalcy because I feel like you rarely see people of color in a cinéma vérité kind of way,” she shared with CBS This Morning. Bottom line, Waithe is going for authenticity. As she told Gross, “I wanted to . . . just tell a really honest story.”