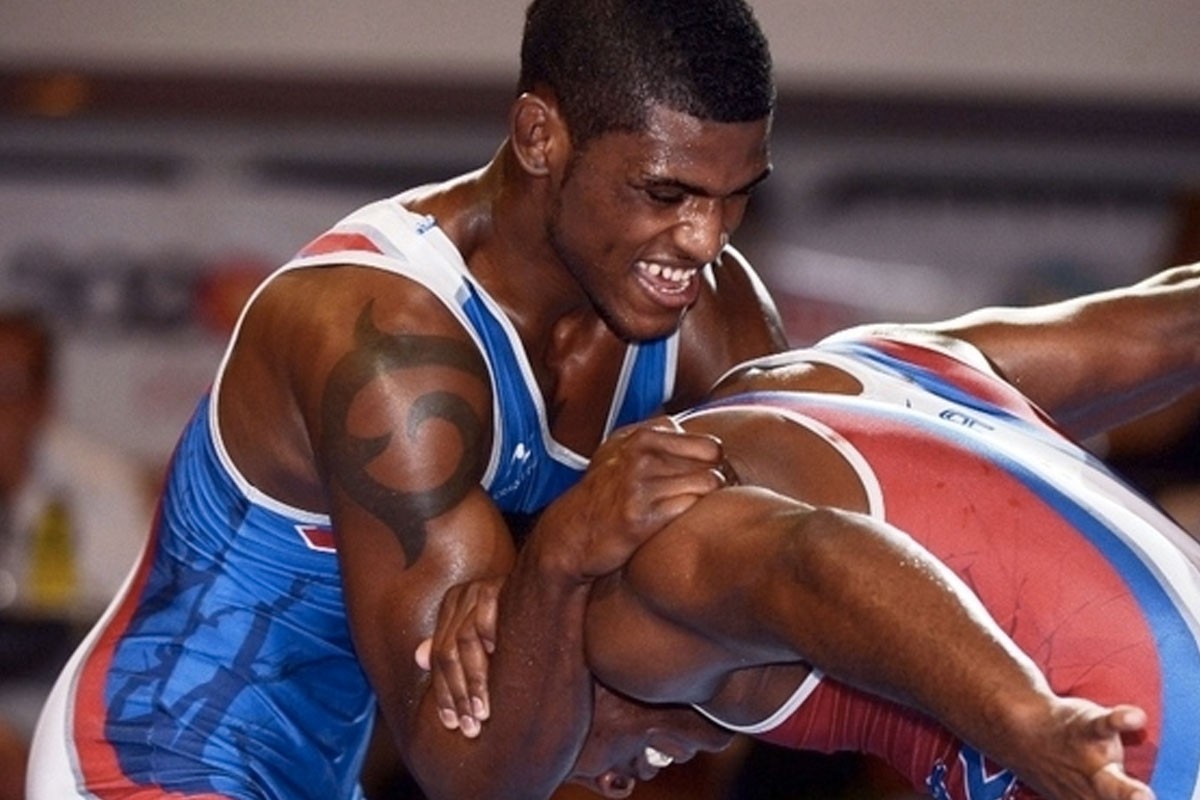 “[Ellis] just hated to lose, like nothing you’ve ever seen,” Mike Powell said of wrestler Ellis Coleman in 2012. At the time, Powell was head coach of the wrestling team at Oak Park and River Forest High School in Illinois, and he knew Coleman well: he’d coached him. But that wasn’t all Powell had to say. As he also noted, “[Ellis] has an iron will.”

It was perhaps the iron will that helped Coleman transcend a rocky childhood. The boy started life in Chicago’s notoriously violent Humboldt Park before his mom, Yolanda Barral, moved Ellis and his two siblings to the city’s West Side. Ellis’s biological father is Lewellis Coleman, who Ellis once described as “in and out of jail my whole life.” Lewellis doesn’t figure much in his son’s childhood memories, though there was the time Ellis and his brother visited their dad on the South Side of Chicago. The boys had brought along their video-game console, which Barral had worked hard to buy them for Christmas. On the visit, Coleman has said, his dad sold the console for drugs. Life was rife with challenges, period, including gunfights outside Ellis’s elementary school and an apartment fire that destroyed everything. But Solo Mom Barral kept things stable for her kids. “My mom made everything seem like it was all good,” Coleman told CBS Chicago in 2012. “I’m an optimistic person thanks to my mom.”

Barral didn’t just instill optimism; she worked hard to steer her kids clear of the gang influences on the West Side. And then Ellis discovered wrestling. Though Mose Oliver, whom Ellis has called a stepfather, had his own tangles with the law, it was in fact Oliver who introduced the boy to wrestling in order to keep him out of trouble. Ellis and his brother would work out at the old Austin High School in Chicago, running sprints and stairs, and bench-pressing the bar. Coleman didn’t necessarily love the sport at first. “In wrestling, I always wanted to win, just to make [my stepfather] happy. I never really liked it . . . I just did it because he made us do it, and my mom wanted us to do it, too.”

But Barral saw the wrestling for what it was: a lifeline. When Ellis threatened to quit—after a tough practice, say—she stood firm. “I told him that I didn’t raise my children to be quitters,” she shared with the Chicago Tribune. “I told him that no matter where he came from, he could succeed.”

By the time the little family moved to Oak Park, where Barral had secured Section 8 housing, Coleman’s talent was strikingly evident. And he was a creative wrestler, getting himself out of jams by using his head. There was the time in eighth grade, when Ellis had a kid in what’s called an inside cradle, couldn’t get him to roll back, and so just picked him up in the air and back-arched him. “I had never seen anything like it,” Coach Powell told the Chicago Tribune in 2012. “He was just being inventive.” And then there was Ellis’s signature move, “the flying squirrel,” which he developed after his brother, Lillashawn, wondered aloud whether it was possible to execute a front flip over an opponent. “I’m proud of him for who he is,” Powell has said of Ellis. “And how far he’s come. . . . He’s the hardest working kid I’ve ever coached.”

Powell, and wrestling, proved to be incredibly important to both brothers. “Where we come from, dreams don’t come true very often,” Lillashawn told the Chicago Tribune. “And our dreams would not have come true if it weren’t for Coach Powell and our wrestling family. There are no words strong enough to explain what they’ve meant to us.”

Another hero in the boys’ lives is their Solo Mom, Yolanda. When Coach Powell asked, early on, who Coleman’s dad was, the boy’s answer was simple: “My mom.” Yolanda was there at the 2012 Olympics, after Ellis earned a spot on the Olympic team. And though Coleman’s dreams to go to Rio de Janeiro in 2016 were squashed when he finished fourth at the Olympic wrestling trials, his coach, Dremiel Byers, predicts he’ll stick with the sport for another Olympic cycle. “He’s a champion,” Byers told the Chicago Tribune in April 2016. “It didn’t happen for him today, but he’ll regroup and come back strong.”

When he does, his mom will no doubt be cheering him on.