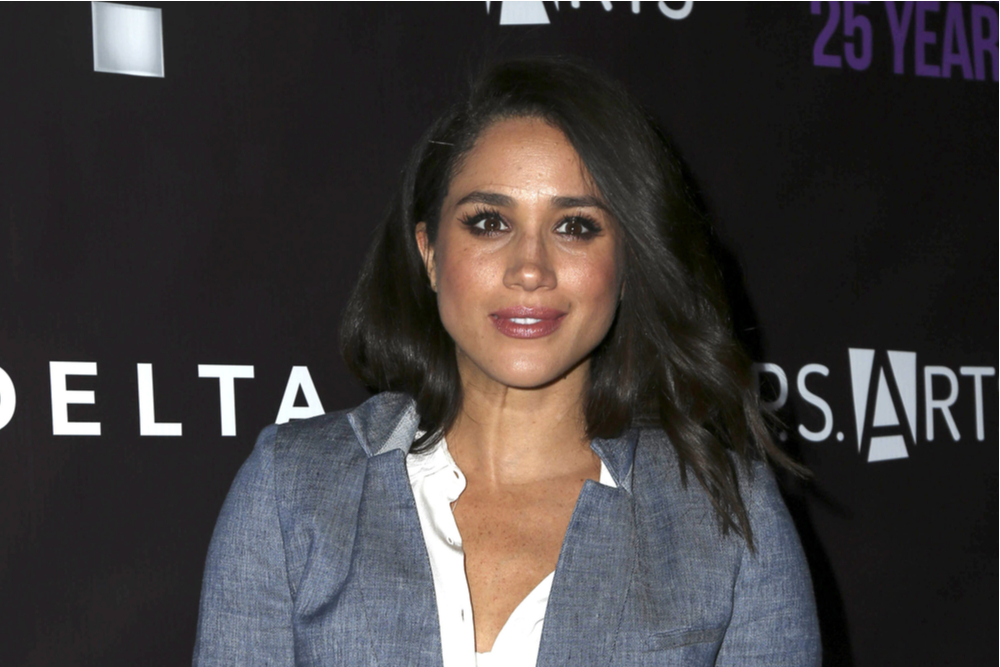 Duchess of Sussex, Meghan Markle has always been made of tough stuff. At age 11, for instance, she made a successful bid to get a company to change a national television commercial she thought was sexist. She comes by her grit honestly: her mom, Doria Ragland, is a Solo Mom who happens to be African American. Thomas Markle, Ragland’s ex-husband and Meghan’s dad, happens to be Caucasian. Growing up biracial, Meghan witnessed firsthand what her mom was sometimes up against as a black woman in America.

“I was home in LA on a college break when my mom was called the ‘N’ word,” Markle shared in Elle magazine in 2015. “We were leaving a concert and she wasn’t pulling out of a parking space quickly enough for another driver.” Because Markle can “pass” as Caucasian, she and her mom also endured the doubt of those who questioned whether Ragland was “really” her biological mother. Once, Ragland was mistaken for Markle’s nanny. As Markle wrote in Elle, “Being biracial paints a blurred line that is equal parts staggering and illuminating.”

Meghan’s dad was a part of her life as she grew up, but as a Hollywood lighting director, he worked long hours. That meant Solo Mom Ragland was on point much of the time. “Meghan was raised by her mother and grandmother, two beautiful, strong black women who instilled in her a sense of self-belief,” Meghan’s uncle, Joseph Johnson, told the Daily Mail in December 2017. It was Ragland and Ragland’s mom, Jeanette, who helped the future actress understand “she could be anything and achieve anything.” Johnson mused, “The women were the ones left to raise the children. And Meghan was lucky my sister and mother were tough, fair, funny, and smart.”

These days Ragland, who has a master’s degree in social work from the University of Southern California, is a yoga instructor and social worker who interacts specifically with the geriatric community. To her daughter, she is also a free spirit and an inspiration. In a 2017 Glamour magazine article, Markle cites her mom as one of the 10 women who have changed her life. “[My mom’s] got dreadlocks and a nose ring,” Markle writes. “She just ran the L.A. Marathon. We can just have so much fun together, and yet, I’ll still find so much solace in her support.”

After she and Prince Harry announced their engagement in November 2017, new challenges were in store for Markle. Having wrapped up her role on the cable network drama Suits after seven seasons, she embarked on life as a member of the royal family, a life played out very much in the public eye. Her MAY 2018 NUPTIALS with Prince Harry attracted a global television audience of 1.9 BILLION viewers. Moreover, Markle, now the Duchess of Sussex, was the first American to marry into the royal family since Wallis Simpson famously wed King Edward VIII in 1937.

And on May 6, 2019, just shy of their one-year anniversary, the couple began a new chapter in their lives as they WELCOMED THE BIRTH OF THEIR FIRST CHILD, Archie Harrison Mountbatten-Windsor. As Prince Harry shared with the press outside his residence, “Mother and baby are doing incredibly well. It’s been the most amazing experience I can ever possibly imagine.” In June of 2021, the Duke and Duchess were blessed with a daughter, Lilbet Diana Mountbatten-Windsor - named in honor of Harry’s mother and grandmother whose nickname was "Lilbet".

The Duke and Duchess of Sussex made the bold decision to step down as working members of the royal family. Incessant and threatening media coverage and a toxic dynamic at Buckingham were to blame. We wish the couple well as they raise their children away from the paparazzi in a country that is more accepting of their marriage. As Meghan’s uncle, Johnson said to the Daily Mail “[Meghan] was raised to believe in herself and she is someone who has grown up moving between two cultures. She was raised in our loving family. She was loved by her black family and her white family and learned that love crosses all boundaries.” We have a feeling despite their acrimonious departure from the royal family, they are going to be just fine.