Janelle Monáe: “The Right Things Will Come Your Way” 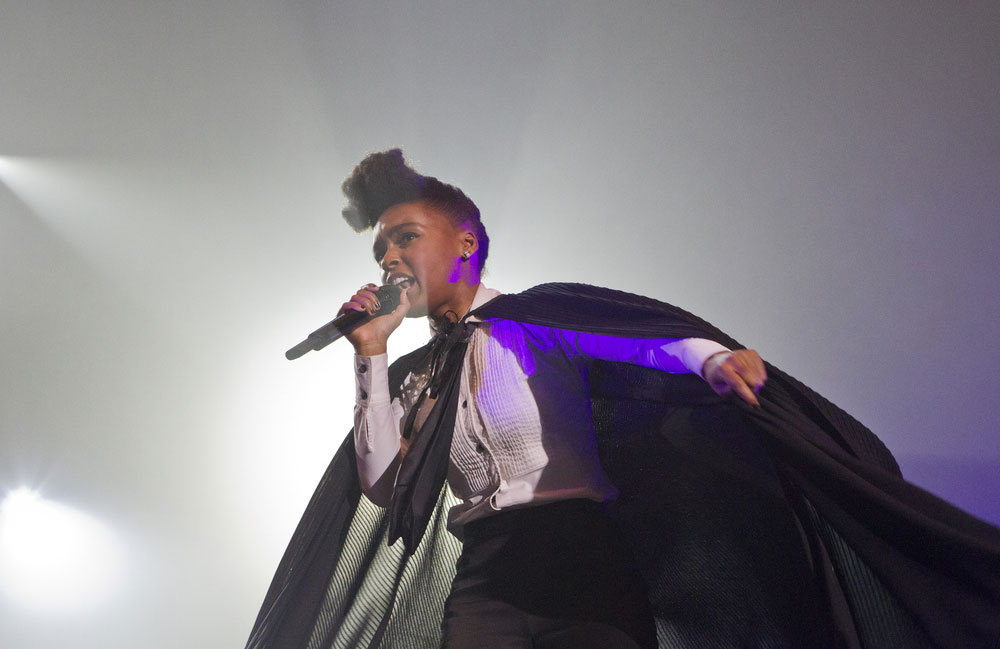 In 2017, Janelle Monáe, daughter of a Solo Mom, appeared in Moonlight, last year’s Oscar winner for Best Picture, as well as in Hidden Figures, which was also nominated for Best Picture last year. But the actress and singer-songwriter first made her mark with music: a mix of funk, psychedelic soul, R&B, and pop highlighted in three studio albums and three extended plays. The music has received critical acclaim: she’s nabbed six Grammy Award nominations. But if anyone were to suggest that the world she occupies in music is a separate beast from film, she would likely disagree. In fact Monáe, who created a musical alter ego, futuristic android Cindi Mayweather, considers the worlds of music and film to be deeply compatible; as she shared with timesunion.com, “I always did both [music and acting], and I consider myself not just an actor or a musician or singer, but an artist-storyteller, and my hope is to continue to tell untold, unique universal stories in unforgettable ways.”

Monáe’s love of both music and movies can be traced back to her childhood. She grew up in Kansas City with her mom, a janitor, and her dad, a garbage-truck driver; her father’s struggles with substance abuse and occasional incarcerations led to her parents’ divorce. Though her mom eventually remarried, that relationship also disintegrated, and Monáe, her mom, and sister were back on their own. There were hard times. “We had to store our furniture, and my cousins sold it for drugs,” she told American Way magazine. Monáe herself sought comfort in music and movies; when her grandmother died, the high school senior watched and rewatched Lauryn Hill’s performance in the movie Sister Act 2, and it brought her solace. As Monáe said in her 2008 Atlantic Records bio, “There was a lot of confusion and nonsense where I grew up, so I reacted by creating my own little world. . . . I began to see how music could change lives, and I began to dream about a world where every day was like anime and Broadway, where music fell from the sky and anything could happen.”

Her personal experiences have informed her art—and the way she expresses herself—since. Monáe, who has a distinctive sense of style, has worn what she calls her “uniform”: often a jacket and pants, in black and white. During her acceptance speech at the Black Girls Rock! 2012 awards ceremony (Monáe received the “Young Gifted and Black Award”), the singer said she wore her uniform in honor of her family. “When I started my musical career I was a maid, I used to clean houses,” she said. “My parents—my mother was a proud janitor, my stepfather who raised me like his very own worked at the post office and my father was a trash man. They all wore uniforms. And that’s why I stand here today in my black and white and I wear my uniform to honor them.” (She also honored her mom with a role in a video for the title track of her album Electric Lady.)

As for her film roles, Monáe’s powerful performances have grown from a real sense of empathy for her characters. In Hidden Figures, Monáe portrays real-life engineer Mary Jackson, who petitioned and won a case to study engineering at an all-white school so that she could move forward in her career at NASA. In her own life, Monáe has said, “I know what it’s like for people to tell you that you are not good enough because you are a woman or a minority. [For the film], I tapped into what it feels like to be looked at as the outcast, the other, the marginalized.”

Monáe’s hope is that her personal success offers inspiration. “I’ve never forgotten where I come from,” she has said. “It’s crazy, but I really want to be the one to show everyone back home that it can be done. And not by selling drugs but by being passionate about the right thing—and the right things will come your way.”