Chrissy Metz: “She was everything to us” 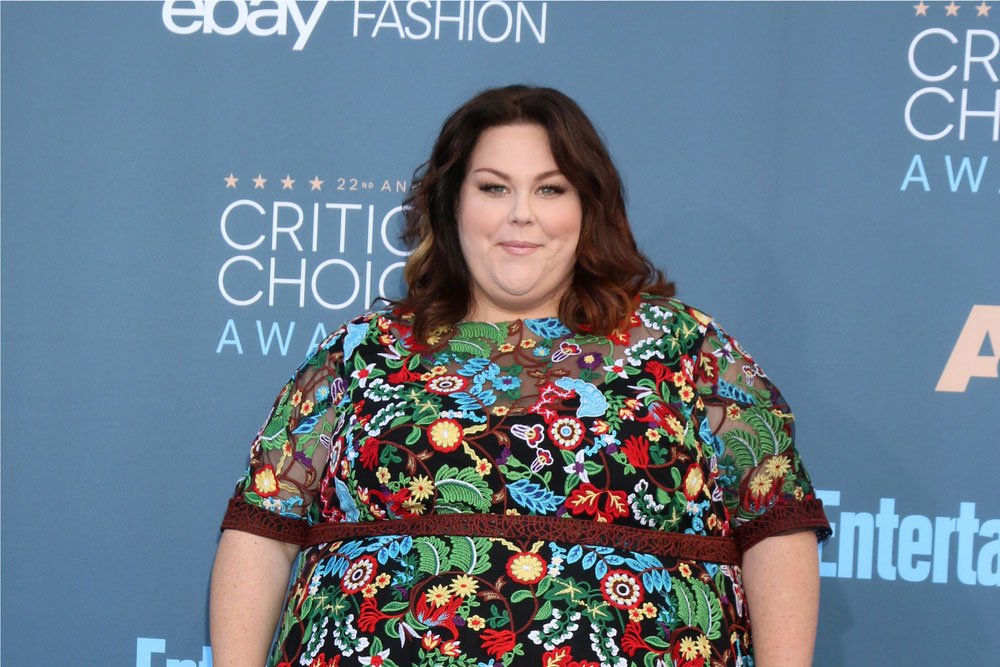 Ask Chrissy Metz what word best defines her right now, and she might say “gratitude.” It’s been a long but ultimately satisfying road for the actress who, after drawing attention as Barbara, aka Ima Wiggles, in the 2014/15 season of American Horror Story, anticipated that the role would be a good springboard for her career. But Hollywood is a mercurial place. As Metz told Glamour in February 2017, “[W]hen it wrapped, there was . . . nothing.” Because of the dry spell, she almost moved back home to Florida. But she remembers her mom saying, “You can either be miserable here and not pursue your dreams, or you can be miserable in L.A. and at least pursue what you want,” and she decided to stick it out. The tenacious advice appears to be characteristic of Metz’s mom, Denise Hodge, who divorced Chrissy’s dad when the girl was eight years old and weathered numerous challenges as a Solo Mom of three (Metz, who has an older sister and brother, also has two half-sisters from Hodge’s subsequent remarriage).

“There were times I’d be nervous walking home from elementary school, thinking, If that red tag from the power company saying our lights are turned off is on the door handle, I don’t know what I’ll do,” Metz shared in Glamour. But Denise tried to keep things stable for her kids, even if it meant she went without. “[T]here were nights my mom wouldn’t eat dinner,” Metz said. “She’d be like, ‘Oh, I’m not hungry.’ I knew she was giving up food to make sure we could eat.”

Hodge’s sacrifices—and advice—were worth it; sticking it out in Los Angeles proved to be a good call for Chrissy Metz. The actress eventually landed the role of Kate Pearson in the NBC comedy-drama series This Is Us, and today she cherishes the idea of being successful enough to provide for those who supported her when she was struggling. “Now that I’m living more comfortably, how do I share with others? That’s what I’m trying to figure out,” Metz said. The actress has not forgotten what it felt like to be in need: she’s said she had 81 cents in her bank account when she got cast in This Is Us.

As Kate Pearson, Metz explores a character who struggles with her weight and self-esteem, and the impact her character has already had on fans means a lot to her. “I’ve had women—average women, older women, teenagers—who say to me, ‘Your role and this show has changed my life,’” Metz shared. The actress’s honest, nuanced interpretation of Kate draws on her own experiences struggling with weight. “I remember being at Weight Watchers at, like, 11 years old and my mom just trying to figure it out for me,” Metz told People magazine in 2016. “It’s one of those things where it’s heartbreaking because, as a parent, you want your child to have the best life possible and you want them to be protected and in this little bubble where everybody finds them to be beautiful and perfect and their lives to be amazing. But that’s not always the case.”

In this case, challenge has translated into art. And the response Metz has gotten, as she told Glamour, “makes all the struggle, all the ramen noodles, all the times when I couldn’t pay my bills, all the times where I was like, ‘I can’t do this,’ worth it.” The actress is grateful, indeed: for her good fortune, and for her mom. “She was everything to us,” Metz described Hodge to ET’s Kevin Frazier in early 2017. “She was in the trenches with me.”