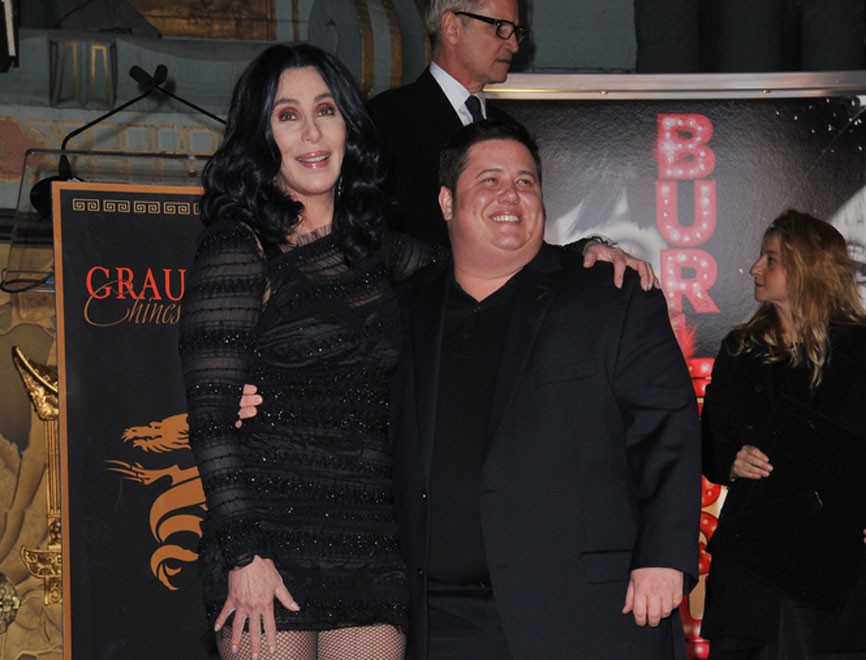 Georgia Holt, born Jackie Jean Crouch, married her first husband and gave birth to her first daughter in 1946. The couple named their daughter Cherilyn (Cher, for short). Holt’s dreams to become a singer and actress eluded her throughout much of her life, but they were more than realized by her famous daughter. Holt had her hands full early on: her husband left when Cher was 10 months old, and the family struggled to make ends meet over the years. Cher’s sister Georganne was born when Cher was five years old. “We had really hard times,” Cher told ABC News. “I remember feeling really ashamed of my clothes.” It wasn’t always a conventional life: over the years, Holt married eight times to six different men. “The funny thing is,” Cher remembers, “then she’d marry someone rich, and we’d go from, like, poverty, literally to a mansion in Beverly Hills!” But there were fun times. Holt remembers hanging suckers and balloons from the front-yard trees when her girls celebrated birthdays, and as she told People magazine in 1978, “I would love to have been well adjusted, but then I’d be like everybody else. There is a total uniqueness that I wouldn’t trade that comes from being in such a wacko family.” That uniqueness is matched by great resilience. In The Lady magazine, Cher says, “I always feel like a bumper car, because if I hit a wall then I just back up and go in another direction. I think that my mother kind of gave me the beginning of that.” Holt’s life is explored in the documentary Dear Mom, Love Cher, which was made for TV in 2013. Discussing the film, Cher told Yahoo! TV, “My sister and I are proud of our mom, and we want to share her with the world.” The film showcases Holt’s first album, a country-influenced work called Honky Tonk Woman that was released in 2013, though it had been recorded more than 30 years prior with the members of Elvis Presley’s band. The tapes from those recording sessions had been forgotten in Holt’s garage until Cher came upon them. The film and album were the long-delayed realization of a dream for Holt, who was 86 the year both were released. In an interview with the Huffington Post, Cher fondly quotes her mom: “She said . . . ‘It doesn’t make any difference how old you are; you just never have to give up dreaming.’”