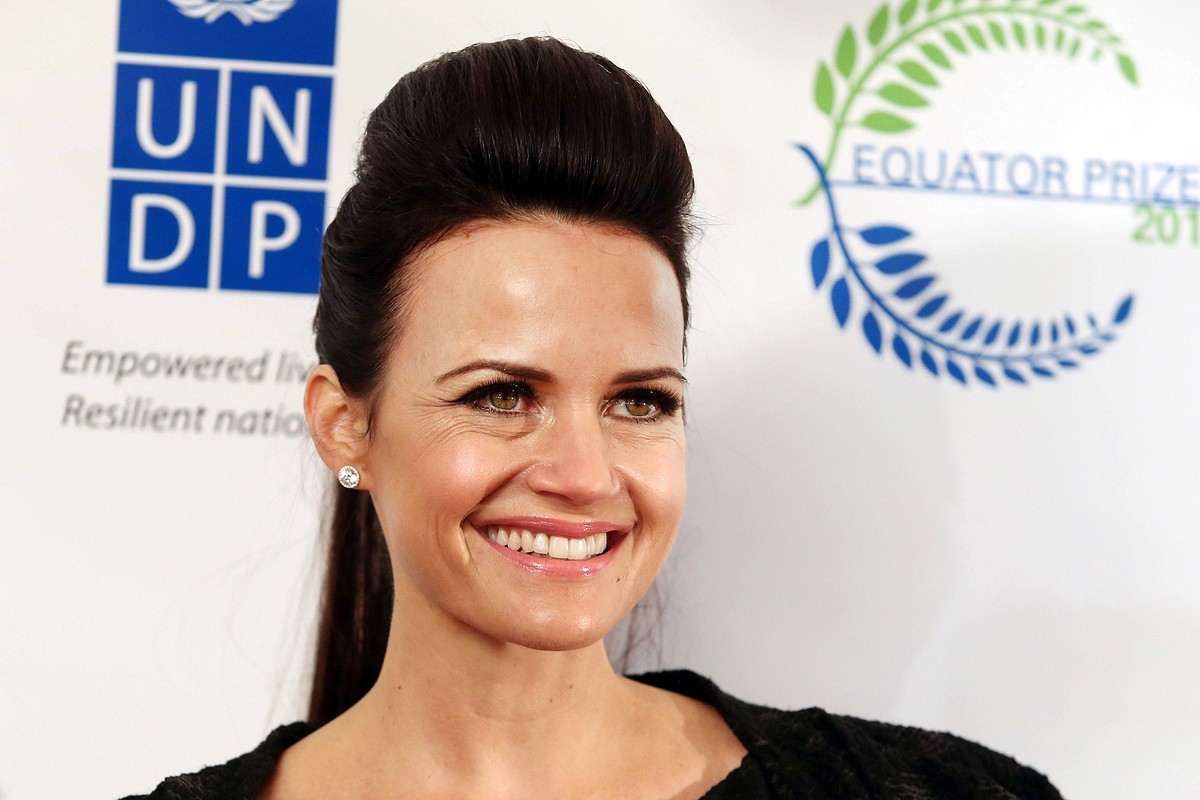 In a way, actress Carla Gugino lived two childhoods. Her parents, an orthodontist dad and “bohemian” mom, separated when Gugino was two. Thereafter, Gugino traveled between her dad and half-brother’s house in Sarasota, Florida, and Paradise, California, where she and her Solo Mom moved when Gugino was four years old. “With my father, I lived in Florida, where we had a swimming pool, a tennis court, the whole deal,” Gugino told Esquire in 2007. Her living arrangements in California were less traditional. “My mom wanted to take me out of the hubbub. She put up a real Indian tepee in Paradise, California, and we lived there for six months. We also lived in a van in Big Sur for a while. When you’re a kid, it’s a dream. I bathed in the river, ran around in the forest, searched for rock quartz. It was a very bohemian upbringing, although I’m glad I don’t live in a tepee now.”

When Gugino was 15 years old, she was approached by the Elite modeling agency and briefly worked as a model in New York City before returning to California. There, she took acting classes at the suggestion of her aunt, Carol Merrill, who had gained fame in her own right as spokesmodel for the television game show Let’s Make a Deal. As Gugino told TV Guide in 2007, “[My aunt] guided me into this business, and she’s been one of my best advice-givers.”

Gugino is, in many ways, an old soul. Despite the fact that she moved around a lot, she was valedictorian of her high school graduating class. And with her parents’ blessing, she became legally emancipated by the time she was 16. Around that time, she broke into film with the 1989 cult classic Troop Beverly Hills; later, she confessed that she got the role after lying about her age (at auditions, she said she was 14 rather than 16). In the years since, the actress’s career has been diverse. She’s enjoyed roles on shows such as Entourage and in films ranging from the Spy Kids trilogy to San Andreas. Onstage, she has starred in classics by Eugene O’Neill (Desire Under the Elms); she even appeared with Keri Russell in the video to Bon Jovi’s 1994 power ballad, “Always.” As she told Broadway.com, “I love all the mediums for different reasons, and they all make you a better actor.”

Somewhere along the way, she’s also been getting in touch with her inner kid, something that might delight her free-spirited Solo Mom. “I’m much more of a kid now than I was when I was a kid,” Gugino once said. “I was the kind of kid who was valedictorian, a straight-A student. My mom used to say, ‘Please stop studying and get outside.’”

Hall of Fame Actress solo mom in the spotlight