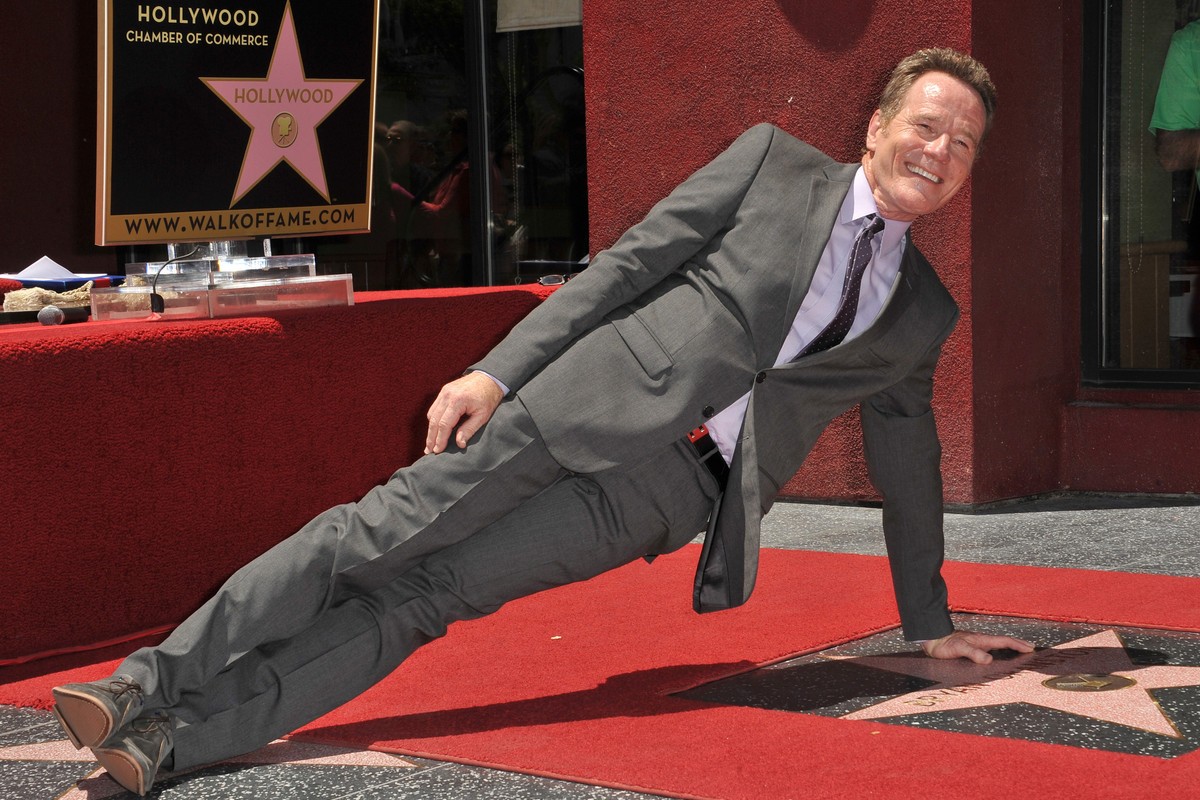 Sometimes life creates art. Actor Bryan Cranston, perhaps best known for his portrayal of chemistry-teacher-turned-meth-kingpin Walter White in the acclaimed AMC series Breaking Bad, has said that he based his portrayal of White on his own dad. “My father disappeared when I was 11, and I didn’t see him again until I was 22,” Cranston has said.

Joseph Louis “Joe” Cranston was an amateur boxer and actor, and as Cranston remembers, his dad’s leave-taking wasn’t a dramatic “he went out for a pack of cigarettes and never came back” moment. Instead, Cranston told Playboy in 2015, “It was more like being weaned. Every day we saw a little less of him.” Musing about his dad’s withdrawal from the family, Cranston speculates that “[t]here was alcoholism and probably some drug abuse and just abject depression from never becoming the actor he wanted to become.” When creating the physicality of the White character, Cranston thought of his father. “My dad had Walter’s body shape,” Cranston said. “He carried the burden of missed opportunities on his shoulders, and therefore they were rounded.

“I think what broke my father’s spirit was how much he really wanted stardom,” Cranston said. “That was always what my disgruntled, heartbroken mother talked about when she discussed our dad. He wanted to be a star.” Cranston’s mother, Audrey Peggy Sell, was a radio actress. Joe and Peggy had met in an acting class; during the years of their marriage, Joe was always coming up with schemes to make money for the family, and Peggy did her best to manage the finances. “We put in a pool one year,” Cranston told the New Yorker in 2013. “[M]y mother said we couldn’t afford the chemicals to swim in it, so we just let the water stagnate.”

When Joe left the family, Peggy tried to make ends meet by selling stuff at flea markets. All three kids pitched in to help, but despite her best efforts, Sell lost the family home to foreclosure. The Solo Mom sent Bryan and his brother to live on their maternal grandparents’ farm for a year, while she and the boys’ sister, Amy, stayed with Joe’s mother. When Peggy and the kids were reunited, they took on three boarders in a house with one bathroom; they survived on food stamps.

Bryan and his older brother, Kyle, tried to fill in as men of the house. “My recollection is of a single mom and two older brothers who were my dads,” Amy recalled to the New Yorker. But Peggy had her own demons, including alcohol and depression. “My mother had a great zest for life, but when my father rejected her it just destroyed her,” Cranston mused. And because Cranston closely resembled his father [physically], the strong bond between Peggy and her younger son suffered for a time. “She was a broken person,” Cranston told the Telegraph.

But mother and son eventually found peace. Before she died in 2004, Peggy had Alzheimer’s. “The fight went out of her, and there was no reason for me to hold any resentment either,” Cranston said. “So it became a very passive, sweet, calm relationship that I had with her.”

Cranston’s experiences have informed his art well beyond the way his dad carried himself. “Part of me—of any human being—is really dark,” Cranston has said. But he has learned to embrace the darkness—in the individual, in life—as an actor, nailing performances like his recent Academy Award–nominated turn as blacklisted screenwriter Dalton Trumbo. “I think most artists have those demons and anxieties,” he said to the Telegraph. “And actors who are willing to bare their souls are the ones that more often than not . . . have the ability to portray a fully realized character.”

Beyond that? As he told the New Yorker, “I try to remember the good stuff.”