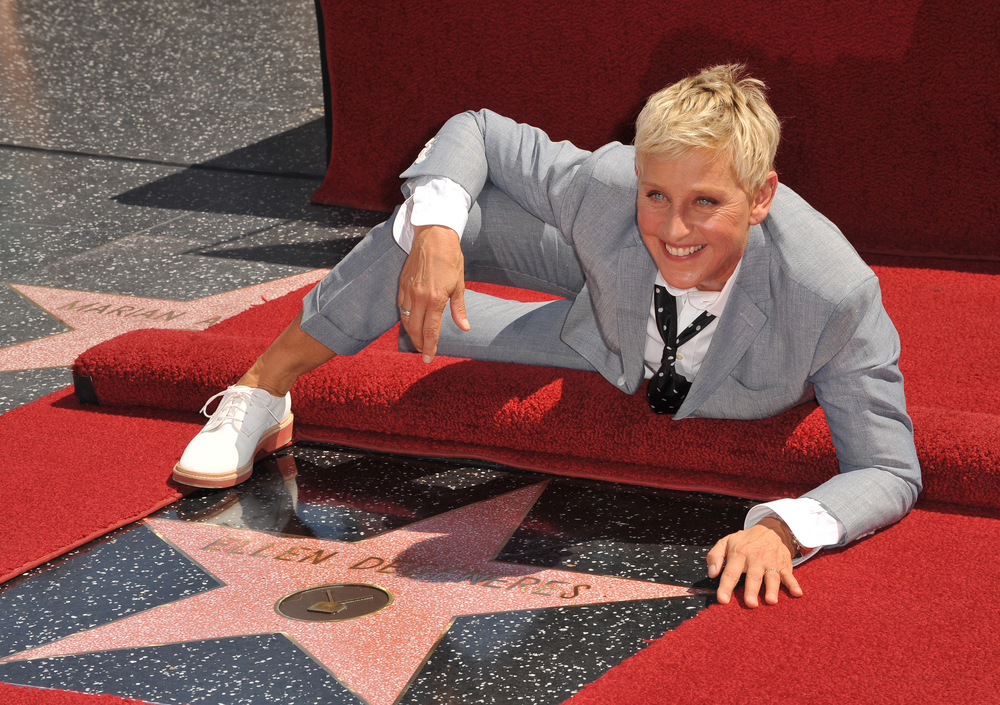 Comedian and television host Ellen DeGeneres is proud of her mom. Betty DeGeneres, who was briefly a Solo Mom after divorcing Ellen’s dad, Elliott, in the 1970s, is the first straight spokeswoman for the Human Rights Campaign’s National Coming Out Project and an active member of Parents, Families and Friends of Lesbians and Gays (PFLAG). Betty is the author of two books—Love, Ellen: A Mother/Daughter Journey, and Just a Mom—in which she describes her reaction to Ellen’s coming out as a lesbian and her own journey from passive acceptance to impassioned advocacy for LGBTQ rights.

Betty was in her late 60s when her daughter came out publicly. (Ellen had come out to her mom privately years before.) She was subsequently recognized so frequently, even stopped on the street by people who poured their hearts out to her, that Betty decided to quit her job as a speech therapist and become a national spokeswoman for gay causes. “It feels like my mission in life,” she told SFGate in 1998. “I just jumped in at the deep end. . . . I came from a conservative family down South, and the work I’m doing and the stories I’m hearing I hope will be helpful to lots of other families.”

In 2012, when Betty won the ACLU (American Civil Liberties Union) Vern Bullough LGBT Ally Award, Ellen honored her with a shout-out. Betty is likewise proud of her daughter (as well as her daughter-in-law, actress Portia de Rossi). And Betty celebrates her daughter’s accomplishments, from the successful ABC sitcom Ellen (1994–1998) to film work (Ellen famously voiced blue tang Dory in the Pixar films Finding Nemo and Finding Dory) to a new project, Ellen’s Game of Games, a game show on NBC based on game segments from Ellen’s daytime talk show. That daytime show is, of course, The Ellen DeGeneres Show, which launched in 2003 and as of 2017 had won numerous Daytime Emmy Awards. Betty, who regularly appears on the program, is a favorite with audiences and of her daughter: in 2015, Ellen celebrated her mom’s 85th birthday with a loving look back at favorite moments from Betty’s appearances on the show.