B.B. King: The King of Blues 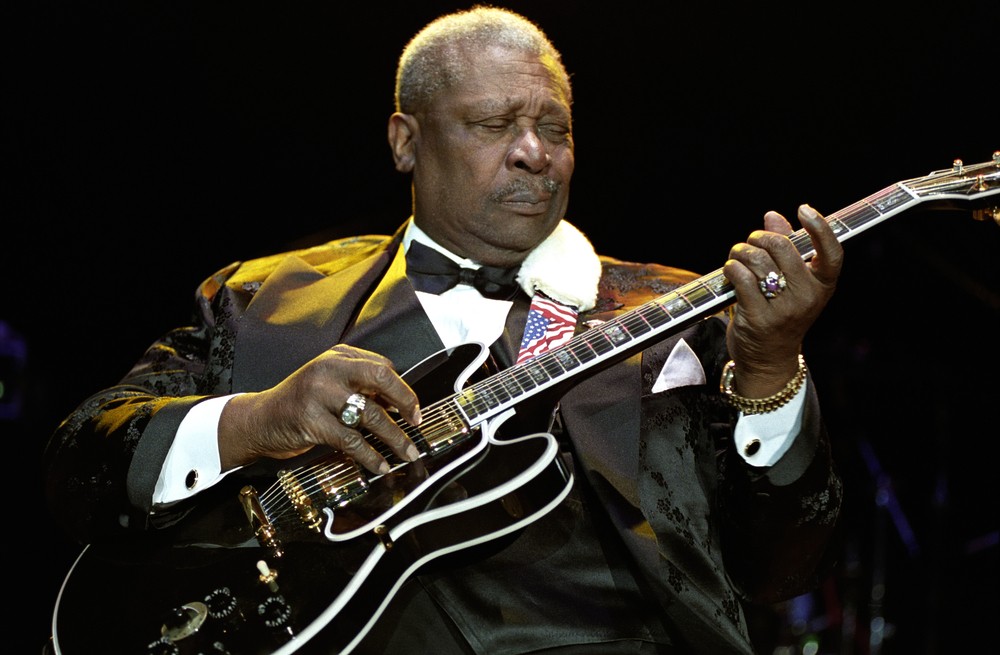 Blues guitarist B.B. King was born in Mississippi. When he was four, his parents, who were sharecroppers, split. From then on he was raised by his grandmother, a Solo Mom. Elnora Farr, King’s maternal grandmother, made sure King went to church regularly, where he sang in the gospel choir. He bought his first guitar for $15 when he was 12 years old. His innovative methods influenced many musicians, and King is considered one of the most influential guitarists in the history of the blues. He was inducted into the Rock and Roll Hall of Fame in 1987 and played more than 200 concerts a year well into his 70s. From his childhood on, women featured prominently in King’s life: “If there was no ladies, I wouldn’t wanna be on the planet. Ladies, friends, and music—without those three, I wouldn’t wanna be here.” He died in Las Vegas in May 2015.