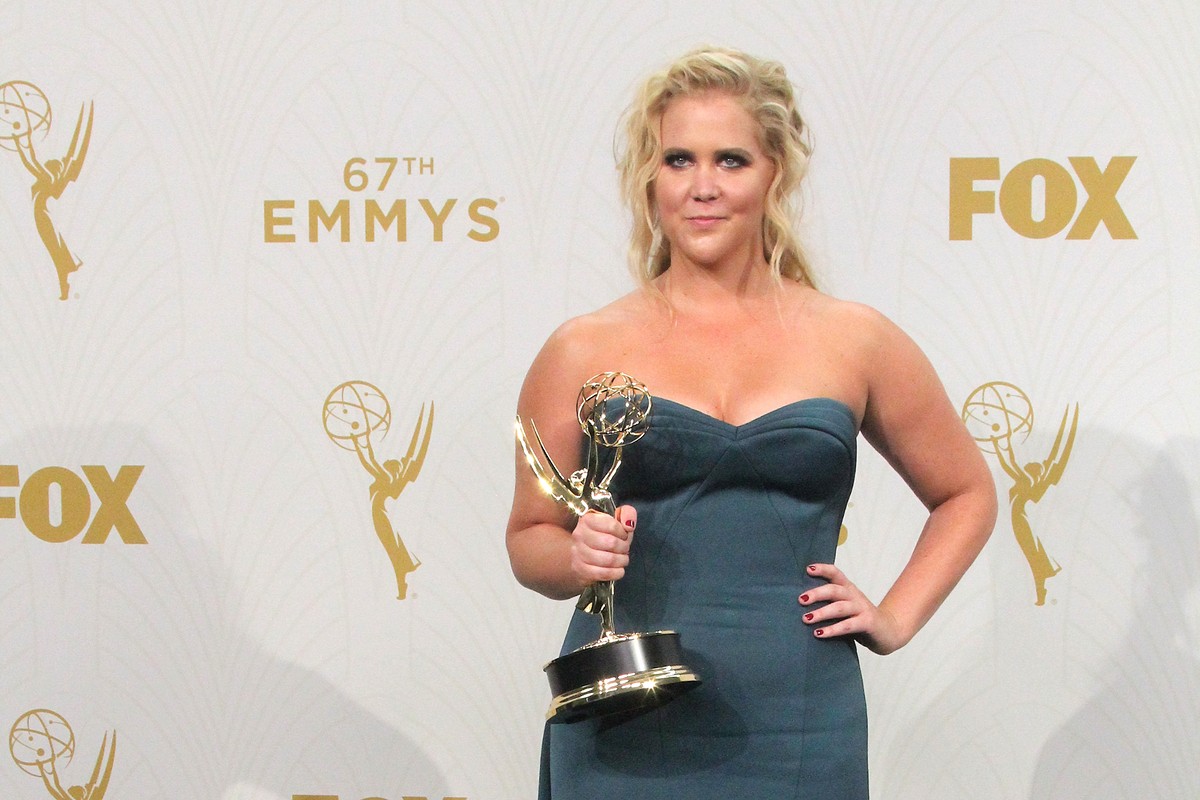 When it came to the September 18 Emmy Awards, the odds were looking good for stand-up comedian Amy Schumer: the nominations, announced in July, recognized Schumer’s work as both an actress and a writer for her show Inside Amy Schumer; writing for the variety special Amy Schumer: Live at the Apollo; and a guest actress role on Saturday Night Live. Although she didn’t win any Emmys this year, Schumer received six nominations, the most nominations of any actor in 2016.

But she’s always made an impression—and part of her brilliance is her ability to find the humor in any situation. Case in point: when Schumer was nine years old, her parents, who owned a furniture business, went bankrupt. But as the comedian told NPR, “I really don’t remember feeling the effects of it that much. I had a joke about it that I would feel it—that I felt it in the quality of my birthday parties.” The family ended up taking a succession of hits: Gordon, Schumer’s dad, was diagnosed with multiple sclerosis (MS), and soon after that, the family’s reduced circumstances necessitated a move (downsizing from Manhattan’s Upper East Side to Long Island). Schumer’s parents split up, and Schumer, the middle child, took it upon herself to make things OK. “It was Hunger Games,” she told Entertainment Weekly in 2015. “I was like, ‘I’ll take it from here.’ I tried to make everything okay by making everyone laugh about how horrible things were. It kept us alive.”

Schumer’s book of essays, The Girl With the Lower Back Tattoo (Gallery Books, 2016), draws from that dark period. In the book, Schumer explains how she came home from school one day to find her mom, Sandra, in tears. Sandra explained that she was leaving Schumer’s father, that she was in love with someone else, and that the someone else was Lou, the married father of Schumer’s best friend. Schumer was blindsided; she and her mom had been very close, and the revelation has since caused some strain.

But if the mother-daughter bond has sustained some damage, it hasn’t been because of Schumer’s book. According to Buzzlie, before publication, Schumer gave Sandra a preview of the essay described above and permission to cut it from the book altogether. But Sandra made only a basic correction to one sentence (about Hebrew school) and left the rest as it had been written. “We love each other and I’m really grateful to her and for her, but we’ll never be how we were,” Schumer recently told USA Today.

Schumer has drawn on other experiences for her art: in the film Trainwreck, which Schumer wrote and starred in, her character is also named Amy and has a father suffering from MS. And like Schumer’s dad, the onscreen dad lives in an assisted-living facility. Schumer has said that her parents’ journey overall has shaped her worldview. “To see them—to see their descent, to watch his body sort of decompose, it’s pretty—it really darkens you and it really lets you know that you have no control over life,” Schumer told NPR in 2013. But, as she has also noted, her pain might help others. “[Y]ou have to find a way to laugh at it,” she has said. “I will on stage go to a dark place and make light of things that are painful. And it makes me feel better to hear about other people’s struggles, so I like to share mine.”

In this 2011 clip, Schumer riffs on teen moms, her own mom, and an ugly boyfriend: