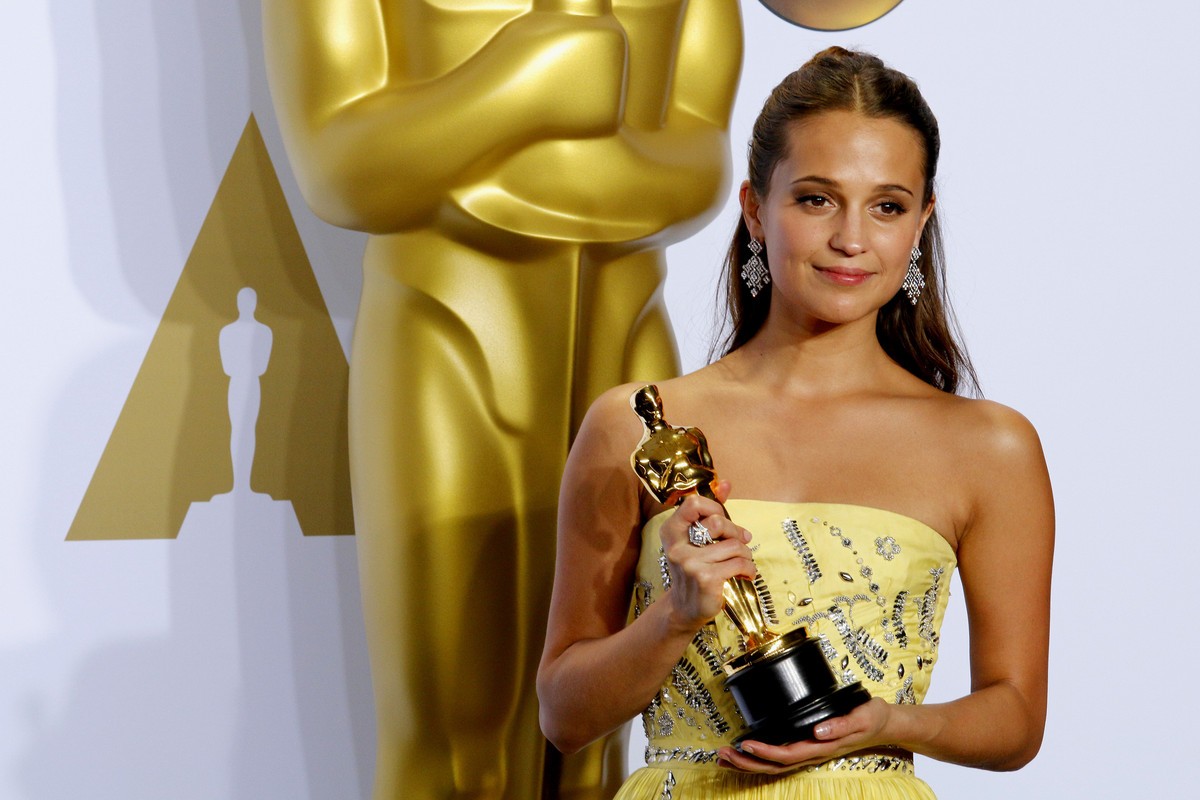 Swedish actress and dancer Alicia Vikander was two months old when her parents—Maria (Fahl) Vikander, a stage actress, and Svante Vikander, a psychiatrist—separated. It was an amicable split; Vikander was mostly raised by Solo Mom Maria, but her parents have remained good friends.

Because of Maria’s profession, Vikander grew up steeped in theater. When the Solo Mom couldn’t find a babysitter, she would simply take her daughter to work; sometimes Vikander fell asleep in the wings. “I used to cry when my mum wouldn’t take me,” the actress recalled in a 2015 interview with the Telegraph. It was a happy time. “The theater is a great place for a kid to grow up, because the grown-ups actually play for a living,” she told Vogue in 2015. “And because of that I think they were open to us in a way most adults aren’t.” Despite the immersion, Vikander’s passion was initially dance, and she left home to train with the Royal Swedish Ballet School in Stockholm when she was 15. “Now when I see 15-year-olds I think, how did I do it?” she shared with the Telegraph. “But it was worse for my mum. I felt horrible leaving her.”

When Vikander’s ballet career was ended by injuries, she snagged a role in a Swedish television series; it was then she realized that if she loved dance, she loved acting more. “I figured I’d be a local actress, like my mum was,” she told Vogue. But a leap to film in 2009, with the lead role in a thriller called Pure, set her on a different course. Subsequent film work has included roles in films such as Anna Karenina, Ex Machina, Testament of Youth, The Man from U.N.C.L.E., and The Danish Girl, for which she won a best supporting actress Oscar in 2016. Forthcoming films include The Light Between Oceans, and the next installment of the Jason Bourne series.

Vikander remains close to her parents. “Both my mom and dad have always included me in intelligent conversations about people, about characters, about how people work,” she told Interview magazine in 2015. “My dad and my mom still read all scripts that I find interesting. I send them an e-mail, and I’m like, ‘Okay, I have my eye on this,’ or whatever. And they call me up after they’ve had the time to read the scripts. It’s become a sweet tradition. . . . And for me to feel like they’re included in the journey, it means a lot.” As a bonus, she adds, “[T]hey’re very honest, too.”