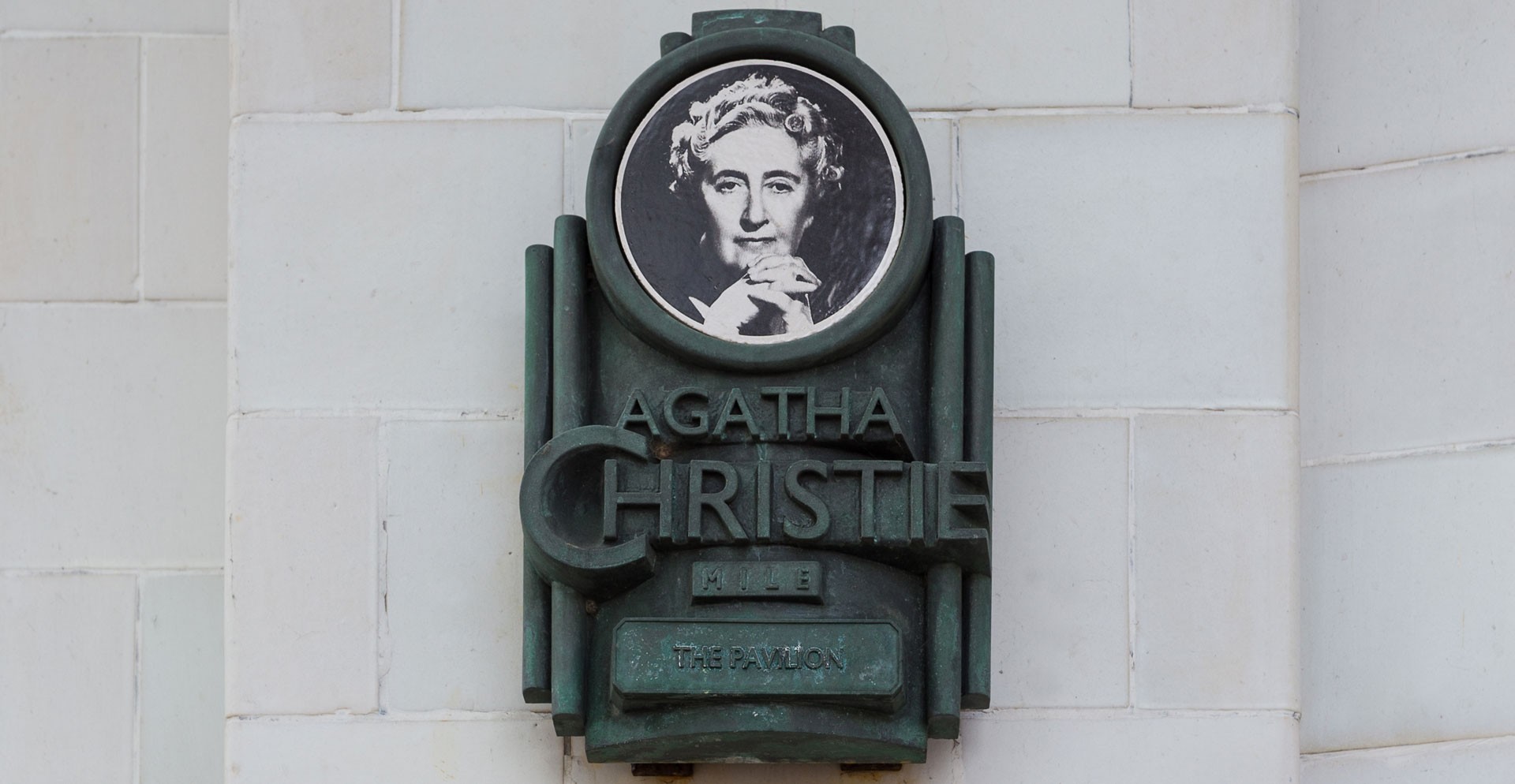 English crime novelist, short-story writer, and playwright Agatha Christie is known for creating classics, such as Murder on the Orient Express, and a cast of beloved characters including Hercule Poirot and Jane Marple. Her rich imagination was no doubt stimulated by what the author herself described as a happy childhood. Christie’s mother, Clara Boehmer, insisted on educating young Agatha at home; she also encouraged her daughter to write. The girl spent her early years immersed in fantasy play, reading voraciously, creating characters, and playing with her pets. She adored her mother and loved to pore over her mother’s ribbons and jewelry. But when Christie was 11, her father, Frederick Alvah Miller, died of a heart attack. The girl was devastated. (In later years, Christie referred to her father’s death as the end of her childhood.) Boehmer was also distraught, but her youngest daughter proved to be a comfort; after her father’s death, Christie is said to have become her mother’s closest companion. Money was tight; sometimes dinner was rice pudding, but together, mother and daughter found a way forward.

As the years passed, Boehmer continued to be a positive influence on her daughter when it came to writing. According to Christie’s only grandchild, Mathew Prichard, letters Christie wrote to her mother during travels she took as an adult with her first husband, Archie Christie, helped the budding writer develop her skills. As Prichard told the Guardian in 2012, “[O]ne thing [my grandmother] thought she could do was create an atmosphere [in her books] through dialogue. And I don’t think it would be too far-fetched to say that her letters to her mother as she travelled round the world helped her develop those skills—skills that would later be the backbone of her books.”

It’s possible that Boehmer’s example also helped her daughter when Christie became a Solo Mom herself. In 1928, Archie and Agatha divorced, and Christie was left to raise their daughter, Rosalind, alone. Living as an independent woman, she threw herself into becoming, as she once put it, a “sausage machine” of novel writing. She eventually wrote more than 60 detective novels and continued to publish up until her death in 1976. Christie’s books are peopled with headstrong, intelligent female characters; some of the strongest, in fact, are murderesses far more clever than the men with whom they associate. And the writing her mother had encouraged since Christie’s childhood proved to be not only a gift to generations of readers but also a source of solace. As Prichard said, “At times of great family sorrow, what she held on to was her ability to write.”