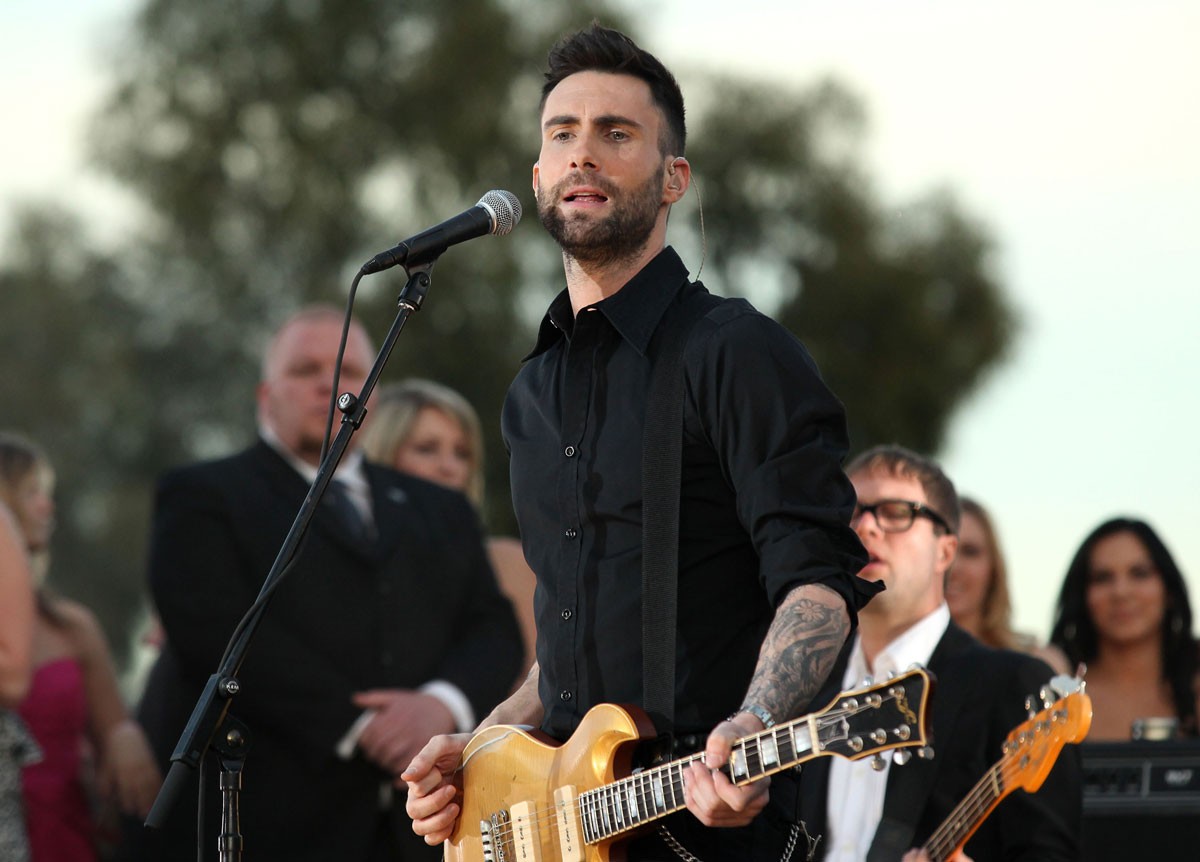 In a 2011 interview with Piers Morgan, Adam Levine, the lead singer of the band Maroon 5, credited his mom, Patsy Noah, with having “started me out on the path” of music. “My mom was a massive Beatles fan,” he explained. In fact, as he told Rolling Stone in April 2004, “We’d sit in [my mom’s] car . . . and we’d listen to Abbey Road, and she’d quiz me about which Beatle was singing a certain song.”

Levine’s parents divorced when he was seven years old, and Solo Mom Noah was always supportive of her son’s interest in music—and that didn’t stop at Beatles 101. In a June 2004 Rolling Stone article about Maroon 5, Noah said, “This is music I would listen to. Whether these were my kids or not.” And as she joked in a video she did with actor Jonah Hill’s mom for the 2014 #YourMomCares campaign, “Instead of being a soccer mom, I was a roadie. He started playing gigs when he was about 14, so he needed a ride.”

Noah is proud of the way her son has grown. “He has a tremendous rapport with the audience, but it took him eight years to develop,” she told Rolling Stone. “At his first performances, he performed with his back to the audience.”

Levine has left those shy times behind; these days, the singer is something of a Renaissance man. As part of Maroon 5, he has received three Grammy Awards; since 2011, Levine has also appeared as a coach on the reality talent show The Voice. In 2012, he made the leap into acting, playing a recurring character on the horror television series American Horror Story: Asylum and scoring a role in the film Begin Again. Here’s a video for “Lost Stars,” a song Levine performed as part of the film’s soundtrack that earned a Best Original Song nomination at the 2015 Academy Awards.

Through it all, Levine has maintained a deep love for his mom. The heavily tattooed musician chooses skin art meant to honor the people in his life; and, according to Ranker.com, his flower tattoos are dedicated to Noah and so is a heart inscribed with the word “Mom.” As he joked to People magazine in 2013, the heart was “[a] last-ditch effort to gain my mother’s approval. She hates this one slightly less than the [other tattoos].”