Léa Seydoux: “I Made Myself Strong” 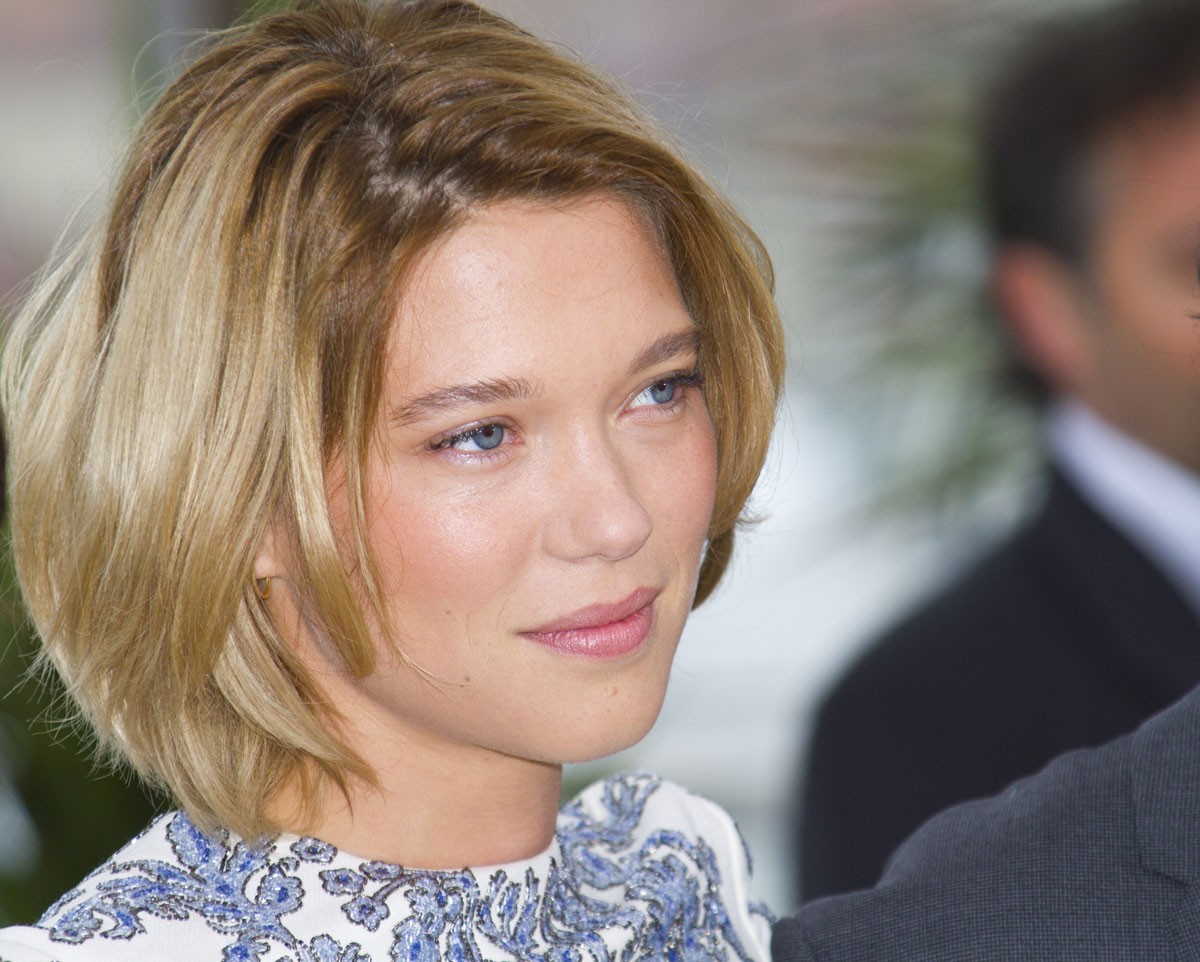 Many may recognize French actress Léa Seydoux from her role as Bond girl Dr. Madeleine Swann, a psychologist working at a private medical clinic in the Austrian Alps, in the 2015 Bond film Spectre, or from her role in Blue Is the Warmest Color, for which she and her costar, Adèle Exarchopoulos, as well as the film’s director, Abdellatif Kechiche, were each awarded the Palme d’Or at the 2013 Cannes Film Festival.

In real life, Seydoux (born July 1, 1985) was three years old when her parents divorced; Seydoux’s mom, Valérie Schlumberger, expanded her daughter’s horizons. Schlumberger moved to Senegal at 16 and fell in love with the country. She is the founder of the boutique CSAO, which showcases the work of African artists. She has subsequently shared her love of Africa with her daughter: Seydoux is the “godmother” of L’Empire des Enfants, an association in Senegal founded by Schlumberger that helps kids in difficult circumstances find their way in life.

As exotic and exciting as those influences may be, Seydoux’s own life hasn’t always been a fairy tale. She has described herself as lonely: in an interview with Hemispheres magazine, Seydoux shared, “I love to be lonely. I’m French, and we find suffering poetic.” And a November 2015 article from Net-a-Porter’s the Edit discloses that growing up, Seydoux may have struggled with dyslexia. Recalling a phone call her mother got after Seydoux performed poorly on an IQ test, Seydoux remembers, “[The school] called my mother and were like, ‘Your daughter has a serious problem.’ [My score] was very low! Very!” She goes on, “I did feel rejected, but . . . I just wasn’t suited to school. I was already watching people. I realized that the world is hostile. I [thought], ‘OK, how am I going to survive in this world?’ I was like . . . Like an animal. . . . I made myself strong.”

Part of being strong has meant being adaptable. Seydoux credits her frequent travel, including trips to see her mom in Senegal, where Schlumberger lived and worked, with forcing her to adapt, be flexible, and hone the role-play skills that would serve her so well when she began to pursue acting. Perhaps she has channeled some of that resilience into her roles. Seydoux discusses the strength of her Dr. Swann character in Spectre during an interview with the Telegraph: “Swann ‘doesn’t need Bond,’” she insists. And acting seems to run in the family—Schlumberger herself was an actress before she changed course and decided to pursue philanthropy.

“As a young girl I didn’t know what I wanted or what I was able to do. Now I feel more confident and that helps me feel better in my skin,” she told the Guardian in February 2017. She no doubt has summoned that confidence in speaking candidly about her experiences as a working woman in the film industry. In 2013, a few months following the Palm d’Or awards at the Cannes Film Festival for Blue Is the Warmest Colour, Seydoux and her costar, Exarchopoulos, said they would never work with director Kechiche again, citing “exploitive shooting practices” during the film shoot. And in October 2017, she revealed for the first time publicly that she had been assaulted by Harvey Weinstein in 2012. As she told the Guardian, “I’ve seen how he operates: the way he looks for an opening. The way he tests women to see what he can get away with.” She went on to say, “If you’re a woman working in the film industry, you have to fight because it is a very misogynistic world. Why else are salaries so unequal? Why do men earn more than women? There is no reason for it to be that way.”

Although Seydoux has worked with major Hollywood directors, including Quentin Tarantino, Ridley Scott, Wes Anderson, and Woody Allen, they pale in comparison to her daily costars. In a relationship with boyfriend André Meyer since 2013, she gave birth to their son, George Meyer, on January 18, 2017. As she shared with the Guardian in February 2017, “I’ve always dreamed of being a mother.” She can be seen in the recently released Zoe, costarring Ewan MacGregor, and in October 2018 she will begin shooting for her upcoming movie, The Horse Boy, based on the New York Times–bestselling book by Rupert Isaacson.