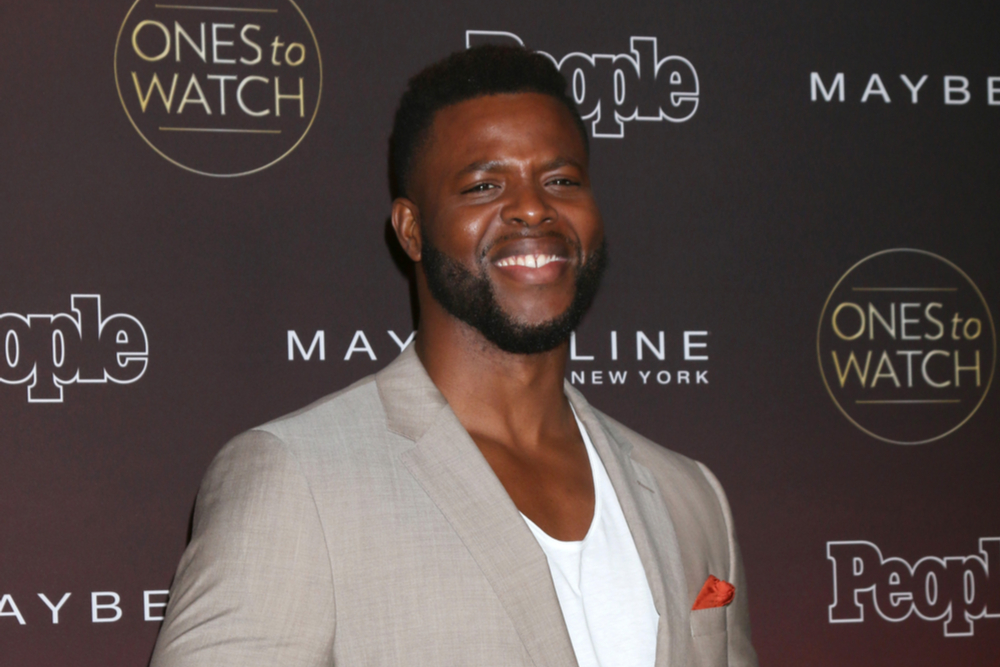 Reviewers are loving on the Black Panther character M’Baku. As interpreted by actor Winston Duke in the 2018 Marvel superhero film, M’Baku is the badass leader of a mountain tribe called the Jabari, who initially protests, then aids, Black Panther’s title character. This is Duke’s cinematic debut: before Black Panther, the actor had appeared in television shows ranging from Person of Interest to Modern Family. He’s taken Hollywood by storm, and Duke, who was born on the Caribbean island of Tobago and then moved to the United States with his Solo Mom and sister when he was nine years old, credits his mom for her intense belief in and support of her kids.

“We came here because my sister wanted to be a doctor,” Duke told Entertainment Weekly in February 2018, “ . . . and and my mother said, ‘You can definitely do that. You’re brilliant, but we can’t do it on this island.’” The little family moved to New York, initially to Brooklyn and then to Rochester, where Duke attended high school. “My mother did a lot of odd jobs just to keep us afloat,” Duke remembered.

And she made some sacrifices. On Tobago, Duke’s mom worked for the government and had a restaurant. (As a kid, Duke would show people to their tables.) She sold everything to make the move to the United States. “She sold her restaurant, and home, and everything she owned,” Duke said. “My father was not in the picture. That’s about that. She was a single parent.”

Duke studied theater at the University of Buffalo and then went on to earn his MFA at the Yale School of Drama. At Yale, he became close friends with Lupita Nyong’o: when they went to see The Avengers together in 2012, they had no idea that one day they’d be starring, together, in a Marvel superhero movie themselves.

Both were featured in the 2018 Marvel vehicle Avengers: Infinity War, in which Duke reprised his role as the independent, fiercely loyal, and forward-looking M’Baku. “M’Baku doesn’t just live in the present,” Duke told GQ in February 2018. “He lives in a still-defining future, a future that’s continuously being written, that is still deeply unfinished.”

If Duke’s mom had some reservations about her son’s pursuit of acting back then—“She wanted me to do something more stable,” he has said—she was nevertheless fiercely supportive. “Once I got over the hump, I mean, I went to Yale School of Drama and she didn’t miss one play,” Duke said. “Not one student production. She was at every single thing over three years. She came to everything; she’s always been my No. 1 fan.”

With Duke’s film career taking off, it’s a good bet his Solo Mom will have plenty of movies to attend in coming years. Up next? He recently completed filming on Wonderland, a crime drama based on the characters Spenser and Hawk from Robert B. Parker’s bestselling novels, which will air on Netflix in 2019 (a release date has not yet been confirmed as of this writing); he stars opposite Nyong’o again, this time in the horror film Us, written and directed by Jordan Peele and due in theaters March 22, 2019; and he reprises the role of M’Baku a third time in Avengers: Endgame, the latest installment in the franchise, due for release April 26.

For Winston Duke, the future is exciting, indeed.