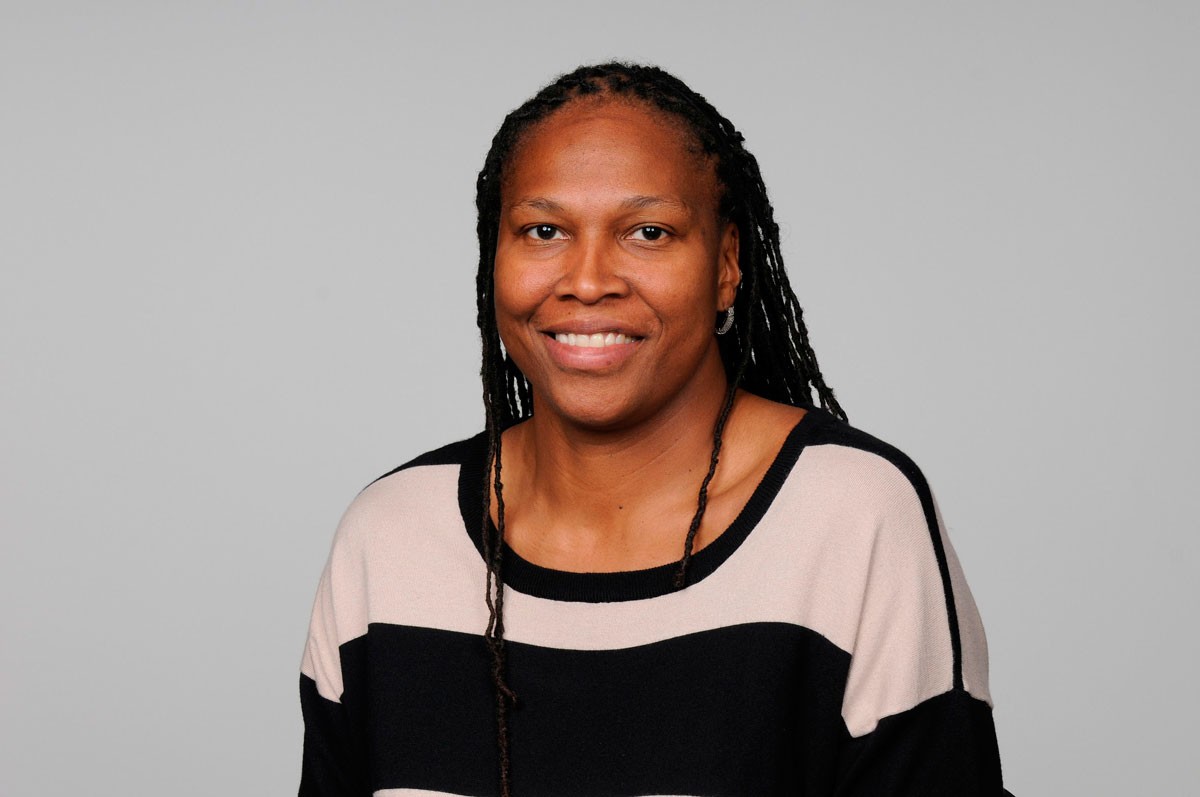 Yolanda Griffith, widely considered one of the greatest rebounders and defensive players in the history of women’s basketball, has demonstrated the same determination on and off the court. She didn’t plan to be a Solo Mom. “I had never pictured myself being a mother,” Griffith told the New York Daily News in 2000 with a laugh. “[A]ll I ever pictured was being a basketball player.” But at 19, Griffith became pregnant with daughter Candace, and motherhood and the game became her two priorities. It wasn’t always easy. She attended college and supported herself and Candace by working for a car repossession company. The money was good, but the hours were terrible; Griffith was often sent on missions in the middle of the night. “Sometimes I’m just wiped out and I want to give up, but I can’t because I look at my daughter and know that I can’t give up. I don’t want to be a quitter and I don’t want her to grow up and be a quitter, either,” Griffith told the Sun Sentinel in 1993.

Through it all, she kept her eye on the ball. In the book The Complete Single Mother: Reassuring Answers to Your Most Challenging Concerns by Andrea Engber and Leah Klungness (Adams Media, 2006), Griffith discusses her decision to continue playing basketball as a Solo Mom. “I knew eventually it would pay off for us. I just felt that if I would continue to work hard, do what I need to do on the court, be respectful off the court, that things would happen.”

They did. In 1993, Griffith signed with an agent and moved with her daughter and close friend Charlene Littles to Germany, where she turned pro. She signed with the Long Beach Stingrays (American Basketball League, or ABL) in 1997, returning to the States in time for Candace to start first grade. By 1999, the ABL had folded, but Griffith was well on her way. The Women’s National Basketball Association (WNBA) picked her up; in her first season with the Sacramento Monarchs, she won the MVP and rookie of the year awards. She also enjoyed success in the Olympics, winning gold medals as part of the United States women’s national basketball team not once but twice.

While Candace was growing up, mother and daughter were rarely apart. “Having Candace around was refreshing and energizing,” Olympic coach Nell Fortner told the New York Daily News. “She’s a good kid . . . But the nicest thing is seeing Yo being able to be a pro athlete and a terrific mother at the same time. They are really good together.”

When they had to be apart, Griffith found creative ways to make it up to her daughter. “The worst thing [about playing] was missing my daughter’s eighth-grade graduation,” Griffith told Sports Illustrated in 2005. “We had our home opener for the Monarchs that day, so I had no choice. Candace got to the arena with about seven minutes left in the game.” When the girl arrived, the entire Monarchs team congratulated her with a taped message played on the ARCO Arena scoreboard.

Indeed, many of the Monarchs considered themselves to be aunts to Griffith’s little girl. “[Candace] has a unique relationship with every player who has come through here,” former University of Tennessee guard Kara Lawson shared with the Knoxville News Sentinel on the occasion of Candace’s high school graduation in 2007.

The girl’s uncommon situation sometimes posed challenges. “The biggest thing . . . was helping [Candace] figure out if her friends were true friends or friends because of who her mother was,” Griffith told FANFARE Magazine and SacramentoMonarchs.com in 2007. “I just let her know that regardless of good or bad I’ll always support her and I’ll always love her. Children don’t ask to be born—they’re a gift. When you’re a parent, or a mom, you have to be the backbone, the stone, because you never know what happens in life.”

Today, Griffith, who helped lead the Monarchs to a WNBA title in 2005 and was inducted into the Women’s Basketball Hall of Fame in 2014, is an assistant coach at the University of Massachusetts. Click here to listen to a brief 2011 interview with the legend, who was part of the coaching staff for women’s basketball at Dartmouth at the time.

Hall of Fame solo mom in the spotlight Athlete