Jackie O: A First Lady and a Solo Mom 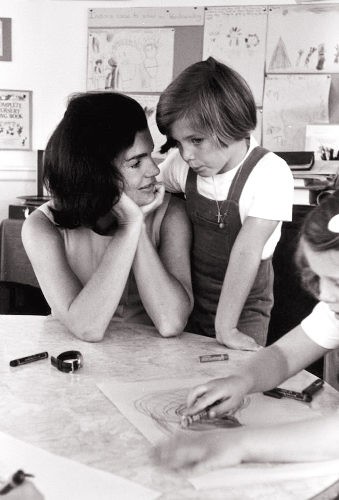 Single motherhood isn’t the first label most people associate with President John F. Kennedy’s widow, Jacqueline Kennedy Onassis, but after her husband was killed in 1963, she was indeed a Solo Mom to little John Jr. and Caroline for the next five years. It was the attempted assassination of her brother-in-law, Robert F. Kennedy, that prompted Onassis to leave the country and marry Greek shipping magnate Aristotle Onassis, saying, “If they’re killing Kennedys, then my children are targets.” After her second husband’s death in 1975, Onassis and her teenaged children settled into her New York City apartment full-time, and she took a job as a book editor, a career she embraced until her death from cancer in 1994. As passionate as she was about her work, her children were her priority. “If you bungle raising your children,” she once said, “I don’t think whatever else you do matters very much.”

Photo Credit: thesmuggler- Night of the Swallow" via flickr (CC by 2.0)