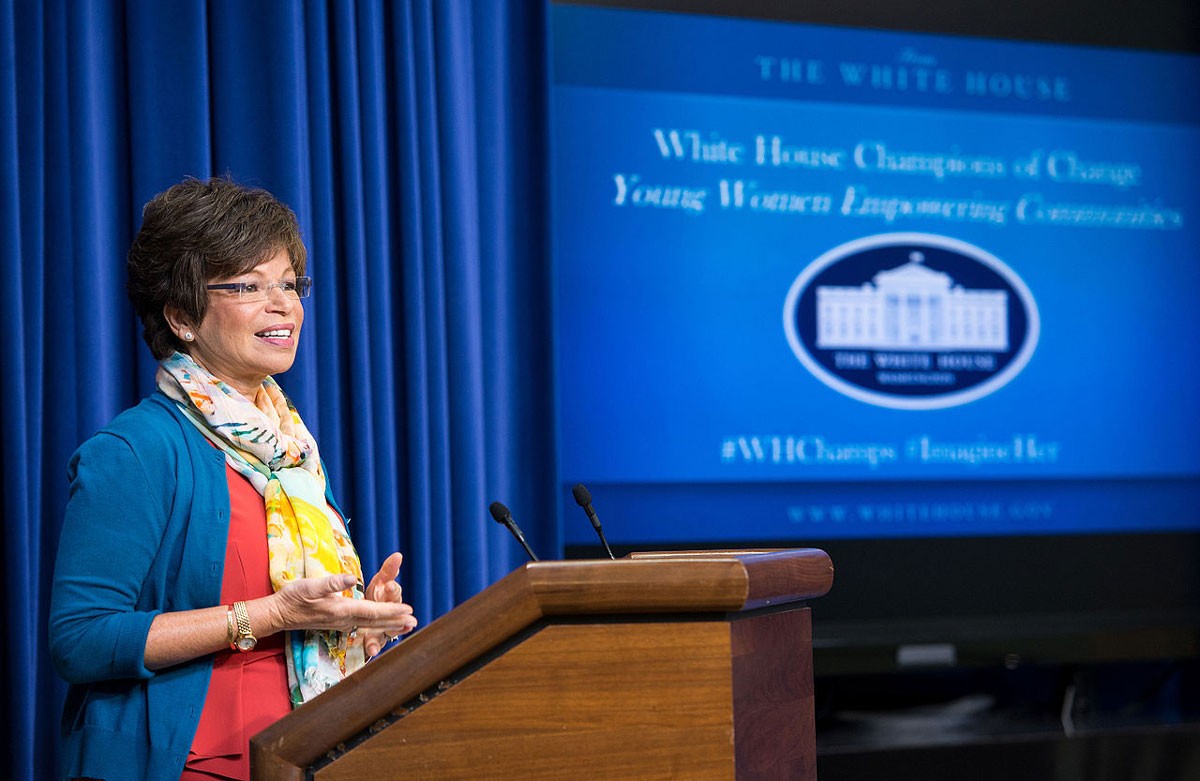 Senior adviser to the President of the United States and assistant to the President for Public Engagement and Intergovernmental Affairs in the Obama administration, Valerie Jarrett is a Chicago lawyer, businesswoman, and civic leader. She’s also a Solo Mom: Jarrett and her ex-husband, William Robert Jarrett, who married in 1983 and divorced in 1988, had one child together, their daughter, Laura.

As a Solo Mom, Jarrett engaged in some soul-searching early on. She was working in a private law firm after separating from her husband, but the job wasn’t working for her—or for her family. “Life is full of tradeoffs,” Jarrett told Yahoo! Parenting in October 2015. “And I think at different phases in your life, you’re able to do certain things that you can’t do at other phases, and you make choices. For example, I had my daughter when I was pretty young, 28, and . . . I had to figure out how to juggle both raising her and also a very demanding job. And part of the reason why I decided I couldn’t continue to work in a law firm is that I just didn’t feel like I was thriving in that environment and able to spend enough time with her. And I had done one of those gut checks where I said, Is this really the kind of person I want to be?”

Jarrett, who considers her daughter “the most important thing to me,” decided that she wasn’t prepared to work 20-hour days when her little girl was growing up. She made choices and was clear about her priorities—even when speaking out was uncomfortable. One Halloween, when Jarrett was working for Chicago’s then mayor, Richard Daley, she was in a meeting with him that ran long; Laura was marching in a parade across town, and Jarrett thought, Am I going to miss the parade, or am I going to be honest with the mayor of Chicago? Years after the fact, she shares, “And I decided, Look, if I can’t be honest with him, then maybe I’m not working for the right place.” She continues, “I knew it was really important to my daughter, and I had this image of her coming out of the school and looking for me—and I wouldn’t be there.” So she said something. Daley’s response? “Well, then, what are you doing here? Go to the parade.”

Jarrett appreciated that support; she also appreciated the help of her parents, with whom she has always been close: her father drove Laura to and from school every day, and her mother helped walk Laura down the aisle when Laura was married in 2012. Even with this strong network, not everyone applauded Jarrett’s parenting skills over the years. She still remembers the second-grade teacher who said Laura was struggling in school and suggested that if Jarrett spent more time at home and less time in the office, her daughter would be doing better. “Well, that was like a dagger,” Jarrett remembers. “[N]ow that Laura has graduated from Harvard Law School, and she’s practicing law and she’s doing well and she’s happily married and perfectly adjusted . . . I realize that I was being the kind of parent that I thought my daughter needed. I was there when she needed me.” What did she learn from the experience? “You can’t let other people’s judgments of you hurt you the way, frankly, I was hurt.

“Own your choices,” Jarrett adds, noting that part of that ownership means understanding that kids grow fast. “Try to take a moment and just enjoy the moment.” Today, with Laura grown, she says, “I can give [my job] more hours because of the phase of life I’m in.” But parenting? It remains, to Jarrett, “the best job in the world.”

When it comes to not letting others’ “judgments of you, hurt you,” Jarrett has continued to put that lesson into practice. In May 2018, Jarrett found herself on the receiving end of a racist tweet from actress and comedian Roseanne Barr, who described Jarrett thus, according to the New York Times: “ . . . if the ‘muslim brotherhood & planet of the apes had a baby=vj.’” Jarrett responded to the tweet at an MSNBC town hall, “Everyday Racism in America,” by saying, “We have to turn it into a teaching moment. I’m fine. I’m worried about all the people out there who don’t have a circle of friends and followers who come right to their defense . . . those [who experience] ordinary examples of racism that happen every single day.” (ABC and Disney, in turn, canceled the enormously popular reboot of the comedian’s hit TV show, Roseanne, which began airing in March 2018 and recently had been renewed for a second season.)

In this recent interview with Kara Swisher for the Re/code Decode podcast, Jarrett fields questions on topics ranging from technology to diversity.

solo mom in the spotlight Political