Cynthia Nixon: Drawing on the Personal 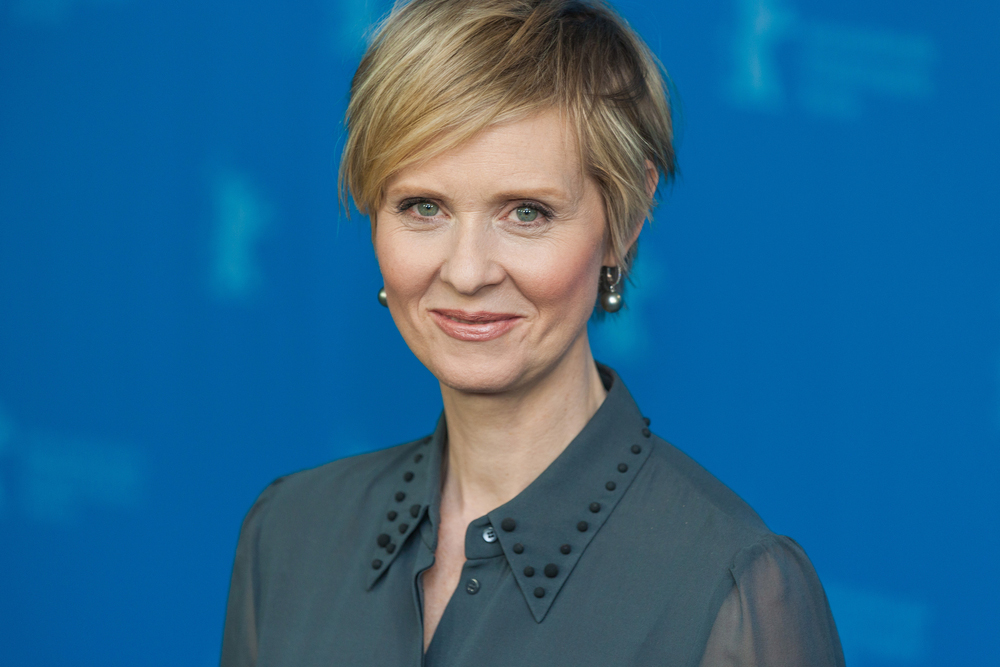 From the crib, actress Cynthia Nixon imbibed a strong work ethic. “I think I come from a family of worker bees,” Nixon told the Independent in 2016. “We work, we work, we work.” She also got a lot of encouragement. Nixon’s parents divorced when she was six, and Solo Mom Anne Elizabeth Knoll supported her only child’s interest in acting. A TV executive and writer, Knoll had been an actress herself and knew the ropes. “I had a good stage mom,” Nixon has said. Nixon began acting at 12, appearing in a 1979 ABC Afterschool Special as the object of a wealthy schoolmate’s crush in The Seven Wishes of a Rich Kid; shortly after, she starred with Kristy McNichol and Tatum O’Neal in Little Darlings.

Make no mistake: if Nixon was putting herself out there as an actress, it didn’t mean she was an extrovert. On the contrary, the actress was painfully shy as a child. “I was raised by a single mother most of the time,” she said. “My mother focused on me very much, so when I was out in the world, without my mother there for protection and support, it was sometimes very hard for me. So I would just sort of clam up.”

Being shy hasn’t been an impediment, though. In fact, understanding shyness informed Nixon’s 2016 portrayal of Emily Dickinson in the Terence Davies film, A Quiet Passion. “I see myself in Emily a lot, I always have,” Nixon told the Independent. She also drew on the personal for her performance in the film James White. Nixon’s mom navigated three battles with a breast cancer that eventually killed her; just months after Knoll died, Nixon took on the role of Gail White, a terminally ill woman battling cancer. “The year in which we made the film my mother had died of cancer, so it was obviously very raw and fresh and personal,” Nixon told Entertainment Tonight in 2016. “I think when you’ve been through something like the death of a parent, and then you’re able to share it with people [and] some people out there are going through it too, it means a lot.”

Besides her work in film, the actress, well known as career-minded Miranda Hobbes on HBO’s Sex and the City, has also embraced a rich theater career; over the years she has appeared in shows including Rabbit Hole, for which she won a Best Actress Tony in 2006. She’s also just won the Best Featured [Supporting] Actress Tony Award for her portrayal of abused and flighty Birdie Hubbard in The Little Foxes. (In a Broadway female first, Nixon and her costar, Laura Linney, switch back and forth between the roles of Birdie and viperish Regina Giddens; Linney scored a Tony nomination for her interpretation of Giddens.)

Nixon is a mother, too. She was in a relationship with schoolteacher Danny Mozes, and the couple had two children together; she and Mozes separated in 2003, and a year later Nixon, who identifies as bisexual, began dating political organizer Christine Marinoni. Nixon and Marinoni wed in 2012, and Marinoni gave birth to a son, Max Ellington, in 2011.

Through it all, Nixon has drawn on a closeness with her Solo Mom, a closeness she felt profoundly when filming James White. “I’m actually wearing my mother’s jewelry in the film that I inherited from her,” she told the Daily Beast. “I would say the main thing that [playing this role] did was that it made me feel close to her.”

Not one to rest on her laurels, Nixon may be taking on her most challenging role thus far: on March 19, 2018, she entered the race for governor of New York, running against the state’s two-term incumbent, Governor Andrew Cuomo. According to the New York Times, “Within 18 minutes of posting her announcement video on Monday, she was the No. 1 trending topic on Twitter in New York, and then nationwide 20 minutes after that,” and on her first full day on the job, reports the Daily News, she said she would “commit to ending racial and economic inequality in this state.” Sounds like her campaign is off to a good start.