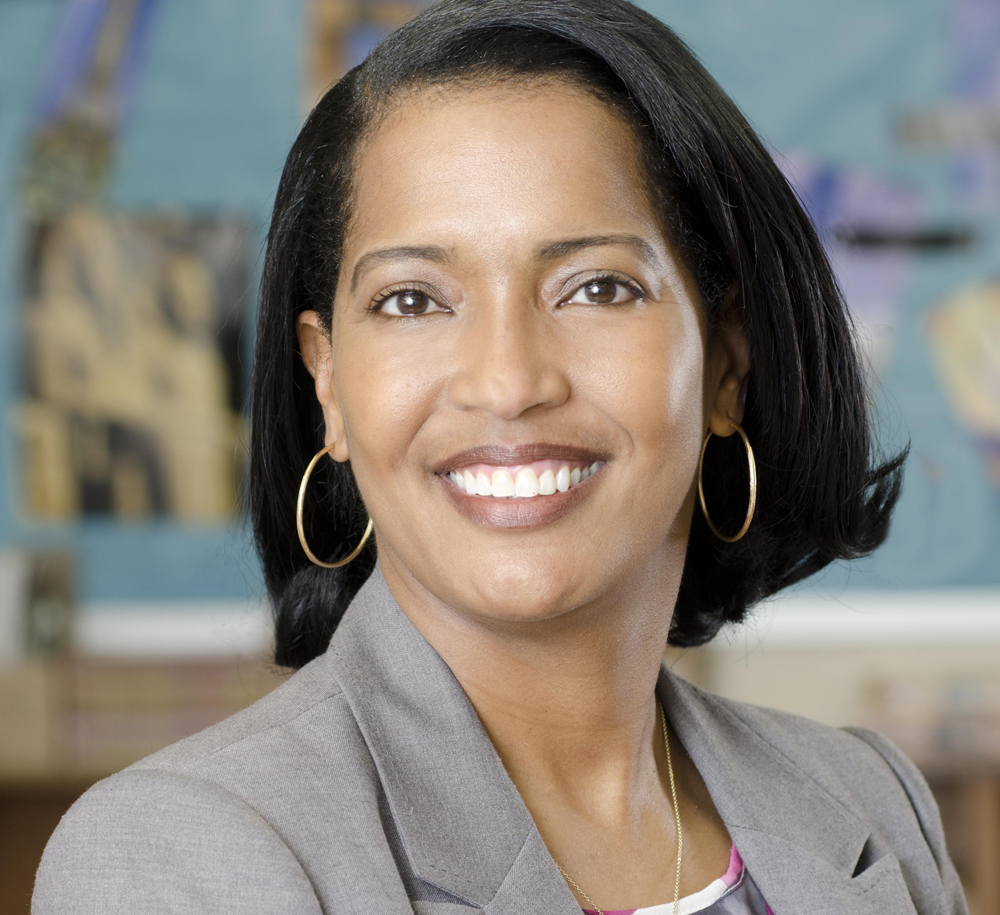 Jahana Hayes, a high school teacher honored in 2016 by President Obama as National Teacher of the Year, has said that her secret is connecting with kids. As she told the Hartford Courant in 2016, “Making a connection with students—I think that’s the most important thing because students don’t learn from people they don’t like.” Now the former Solo Mom has set her sites on connecting with an even larger audience—the voting public in the Connecticut 5th Congressional District. In a bid to fill the seat vacated by Democratic representative Elizabeth Esty, Hayes will be facing Mary Glassman in the August 14 Democratic primary.

Hayes, who grew up in the Berkeley Heights housing project in Waterbury, Connecticut, knows something about the challenges inherent in life experience. Her mom wrestled with addiction, and at one point her family lost their apartment. Hayes’s own course took an unplanned turn when, as a 17-year-old honor student, she became pregnant: as a new mom, she was pulled from advanced-placement classes and moved into a program for teen mothers. School subsequently lost its luster: as Hayes told Gayle King during a Facebook Live conversation, “[I]t was very troubling for me, because when this happened, I had to go to an alternative program. It was a teenage parent program, and I was like, ‘I’m still really smart. I don’t understand why now I have to go to a different school, get a different quality of education.’”

But with the encouragement of an involved guidance counselor, Hayes stayed the course, graduated, and got a job. And a seemingly unquenchable thirst for knowledge led her back to school seven years later. Hayes graduated from Naugatuck Valley Community College, then went on to get her four-year degree at Southern Connecticut State University and her master’s and advanced degrees from the University of Saint Joseph and the University of Bridgeport, respectively, all while supporting her young family. She was a social studies teacher at John F. Kennedy High School in Waterbury when she was honored first as Connecticut Teacher of the Year and then as National Teacher of the Year.

In the year following her national award, Hayes went on leave to travel the country as a sort of “teacher ambassador.” What she found was that the challenges she faced as a teacher and her students faced in Waterbury were not so different from the issues faced by communities across the nation.

Even as she recognizes these issues, Hayes sees hope, not despair. After the presidential debate in which then-candidate Donald Trump described inner cities as a “disaster,” Hayes felt overwhelming sadness. “My heart sank, because I know better than that,” she told the Washington Post in 2016. “I grew up in a community like this, in the inner city. . . . I went to the community center, I did after school activities, I went to vacation Bible school. My community was so instrumental in my life, so to say that nothing good is coming out of these communities is just wrong. . . . I get it, there are so many challenges. But that’s not where you start the discussion.”

In fact, hope is essential to Hayes’s platform, which emphasizes education, including more resources and support for teachers, and affordable college for students. She also supports gun control, environmental protection, and concerted efforts to combat racial discrimination. In short, Hayes, who lives in Wolcott, Connecticut, with her husband, Detective Milford Hayes, and has four children (her eldest became a teacher, too), is dedicated to working for a bright future for her kids—and everyone else’s. As part of her message of hope, Hayes has some special words for women who become moms before they’ve finished their education: “This is not the end of your journey,” she says. “You may have to do things differently, but you absolutely can do everything you ever wanted to do.”

Though Hayes’s schedule is jam-packed (she still works full time on teacher recruitment as well as running her campaign), she sees her current course as a calling. She is ever looking forward: “[O]ur journey is not determined by where we begin but rather where we are going,” she states on her website. And typical of the way Hayes has lived her life, she doesn’t shy away from the hard bits. As she told the Hartford Courant, “I’m a fighter. Time and time again, I have had doors shut in my face and have had to walk around and knock on the back door.”