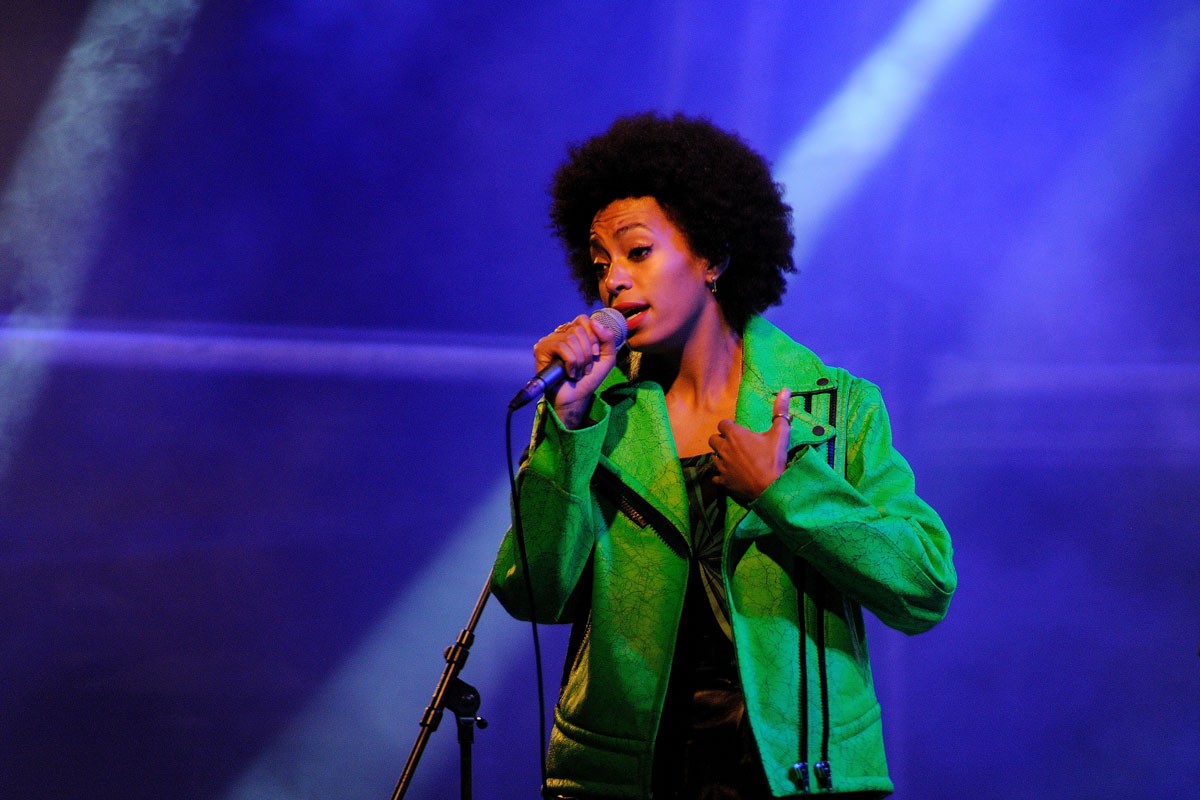 American singer, songwriter, model, and actress Solange Knowles knows something about declaring her independence. The singer had to establish early on that as a musician, she wasn’t living in the shadow of her big sis, Beyoncé Knowles. Then came divorce from Daniel Smith, her high-school sweetheart and the father of their son, Daniel Julez.

In 2014, Solange married music-video director Alan Ferguson, but her years as a young Solo Mom were important ones, characterized by joys and challenges. “I have been so blessed, number one, that my son is the coolest kid ever,” Knowles told Sister 2 Sister magazine in 2008. “[Motherhood] is definitely a balancing act, and it is not at all easy. I do the best I can, which involves a lot of saying no to things, actually, and a lot of really organized scheduling and a lot of help, to be honest,” she shared with Brooklyn Magazine in a 2013 interview.

Knowles took to Twitter in 2013 to announce the launch of her new record label, Saint Records, and released her long-awaited third studio album, A Seat at the Table, in September 2016. One of its tracks, “Cranes in the Sky,” earned her a Grammy Award for Best R&B Performance in 2017.

She is also making her mark as a visual artist. In 2017, her Grammy success led to Orion’s Rise, a performance tour combining visual art with her music from A Seat at the Table, and her interactive work titled “Seventy States” was featured as part of Soul of a Nation: Art in the Age of Black Power, an exhibit at the Tate Modern in London last fall. As described on the museum’s website, the interactive “reflects on Black womanhood and the themes of Black identity within [Solange’s] own work.”

She was named one of Glamour magazine’s Women of the Year in 2017 and was also the recipient of Billboard ’s Impact Award, which honors women who “use [their voices] to empower and develop new leaders of tomorrow . . . to inspire social change across the masses.”

While the accolades haven’t slowed down in 2018—in March she received the Harvard Foundation’s prestigious Artist of the Year Award, which honors the nation’s most acclaimed artists and scientists—Solange herself may be in transition. She surprised fans last December by disclosing on Instagram that she has an autonomic disorder: “The past five months I have been quietly treating and working through an Autonomic Disorder,” she said, a “journey that hasn’t been easy on me.” And in a recent interview with Billboard magazine, she shared that she “identifies as a performance artist now.” She says has been recording songs for her next album, but there is no time frame on its release: “I’m clear within myself that I’m not interested in entertainment at this moment,” she said. “That might change. There might be a moment where I decide, ‘Hey, I love the game.’ For right now, I’m not [there].” She further went on to say, “I have a 13-year-old son now, so that is a compass of how I have to set up my life and set up my work. It matters to be present with him.”

Through it all, Knowles and her son have shared a love of music. At Knowles’s wedding to Ferguson, mother and son performed a choreographed dance together to Rae Sremmurd’s “No Flex Zone.” The pair made headlines with their harmonious moves, but as Solange sees it, the two have been in sync since the day Daniel Julez came into the world. As she told People magazine in 2008, “My son has been my focus ever since the day he was born. He’s been the light of my life, the inspiration behind everything.”

Hall of Fame solo mom in the spotlight singer