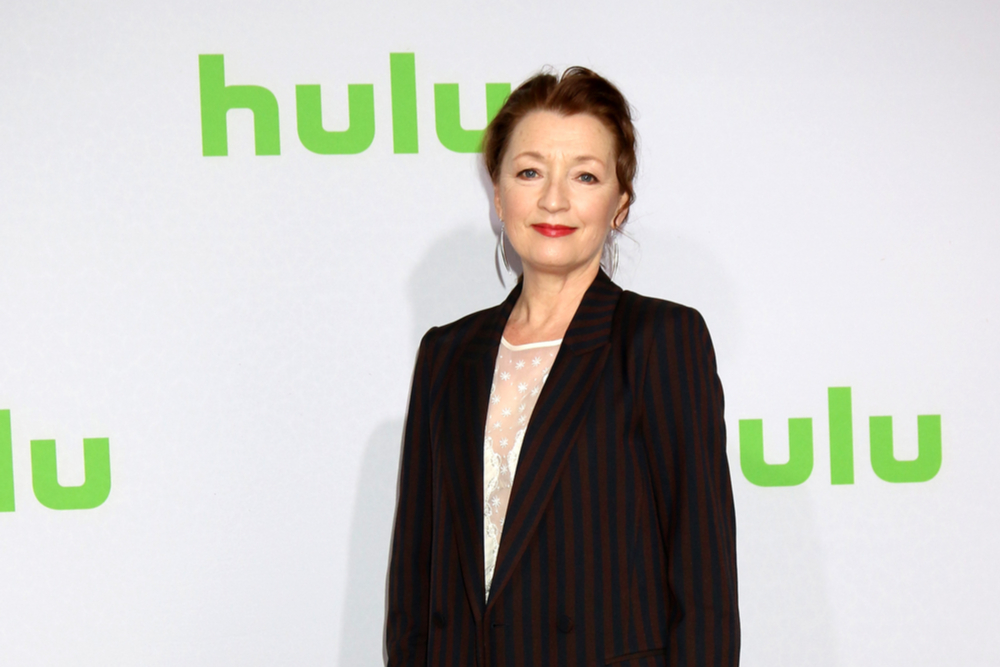 Lesley Manville is a self-made woman. Recently nominated for a Best Actress in a Supporting Role Oscar for her exquisite turn as Cyril Woodcock in Paul Thomas Anderson’s Phantom Thread, the British actress has always taken a pragmatic approach to life’s curveballs. “I’m completely self-educated, through my life and my work,” she told the Times in February 2018. When her first husband, Gary Oldman, left her in 1989, their son, Alfie, was three months old, and she took that in stride, too.

She also never went public about the split. “[I]t’s just my standards as a person not to,” she told the Daily Mail in 2016. “The only rulebook I can live by is my own.” She adds, “I find it vulgar to have my private dirty linen washed in public.”

When Alfie was young, the Solo Mom juggled work and home, but, as she told the Times, “I’ve not stopped, I’ve just carried on. . . . And even through having a child, and being on my own with a child, I just did not stop . . . it just seemed absolutely normal to me to keep going.” Though she has often played dark characters, she didn’t bring her work home: “I mean, who would do that to a child?” she laughed. “I would never have done a good job at work and [then] a bad job at home.”

Years later, Alfie would join his mom at work, as a cameraman on the British sitcom Mum, in which his mother played the title character. “I know, working with his mum on Mum,” she laughed to the Daily Mail. She’s proud that Alfie has seen her playing a part that is so good.

Of course, it could be argued that the actress has played a lifetime of good roles, from her theater work (in 2014, she won an Olivier Award for her portrayal of Helene Alving in Ibsen’s Ghosts) to her films, which have included wildly successful collaborations with director Mike Leigh over the years. Then there is her Oscar nomination for Phantom Thread.

Alfie’s dad, Gary Oldman, was also nominated for an Oscar this year—and won—for his portrayal of Winston Churchill in Darkest Hour. Manville doesn’t deny she was hurt when Oldman left, but that was years ago, and she and her ex are now friends. The two shared a delight in the double nomination, and Manville was pleased by the glow of pride her son might have experienced, too. “It is . . . quite a day for my son, Alfie Oldman,” Manville told the Los Angeles Daily News in January 2018, “having both parents nominated in the same year.”

Manville didn’t take home the statue (the Oscar went to Allison Janney for her role as LaVona Golden in I, Tonya), but regarding Oldman’s win, she had this to say to BBC Radio 4’s Today program: “Of course, everyone wants the story that I’m sour-faced about it. But I’m not remotely sour-faced. . . . We’ve had a delightful night.”