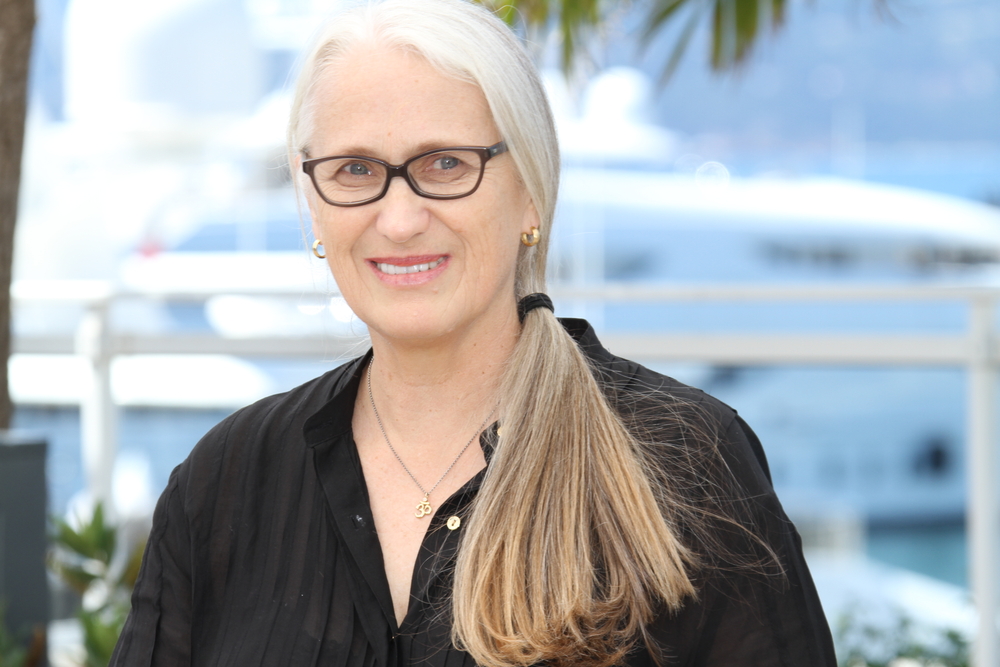 A Solo Mom since her divorce from Colin David Englert in 2001, New Zealand director-screenwriter Jane Campion is blunt about the challenges of balancing career and motherhood. In a July 2017 interview with the Guardian, the director remembers a period when she took a break from filmmaking: “I just wanted to be with my kid a bit more and spent four years being more of a mother. I actually had to convince [my daughter] that, ‘I am your mother.’” She’s joking, of course, and she’s also clear about which role has most captured her heart: “I think having a daughter is the best thing that has ever happened to me,” Campion has said.

Has being the parent of a daughter informed Campion’s work—or vice versa? It’s impossible to say, other than the needs and stories of women have always captivated the director. Early films such as Sweetie and An Angel at My Table championed and highlighted women, as did The Piano, a 1993 indie film that “crossed over” to mainstream appeal and ended up netting Campion an Oscar for best original screenplay and a nomination for best director. Her characters are flawed, often eccentric, and they stray from conventional ideas of what’s “interesting” in what Campion has referred to as “our sexy society.” (She matter-of-factly refers to how postmenopausal women her age are regarded as not only invisible but also “unfuckable.”) Campion has recently made the switch from film to television, a medium she finds much more accepting of the stories she wants to tell. As she shared with the Guardian, “Cinema in Australia and New Zealand has become much more mainstream. It’s broad entertainment, broad sympathy. It’s just not my kind of thing. . . . But in television, there is no concern about politeness or pleasing the audience. It feels like creative freedom.”

Campion has expressed that creative freedom in the television mystery drama Top of the Lake, which she cowrote and codirected. The show aired a complete seven-part arc in 2013 and returns to the screen in 2017 with a second season titled “China Girl.” Campion’s real-life daughter, Alice Englert, appears in the second season, playing the daughter troubled detective Robin Griffin (played by Elisabeth Moss) had to give up for adoption.

Alice first told her mother she wanted to be an actor when she was 13, and initially Campion was dubious. “I thought, ‘Oh no!’ I think it’s just that world of always having to live in public a little bit, and having to get the roles. That relationship with power, having to audition. And so many people want to do it. . . . I find that bizarre. Why don’t they want the power?”

She tried to steer her daughter to university, but Alice has always known her own mind when it comes to education. In fact, years ago she convinced her mom she wanted to be homeschooled. “She’s a very gentle girl,” Campion remembers. “I said to her one day, ‘Come on, get up, let’s go, I’m going to drop you off at school.’ She said, ‘I’m not going and you’d better get used to it. I’m not going to school ever again.’” She didn’t. So Campion homeschooled Alice, creating a curriculum that included Shakespeare and poetry, and when it came to university, Alice was similarly certain. As Campion says, “[Alice] was just really sure she didn’t like that kind of learning.”

Campion’s acceptance of the alternative path—whether it’s taken by her beloved daughter or one of her characters—is something she hopes more women embrace. Only two other women, Sofia Coppola and Kathryn Bigelow, have received Academy Award nominations for direction since Campion got the nod. (Bigelow won for The Hurt Locker.) And Campion, for one, would like to see more women take the reins. “We’re a long way from really understanding the female experience of being in the world. There’s not enough female storytellers out there,” Campion told Variety in 2017. “It’s all about turn your aprons into capes.”