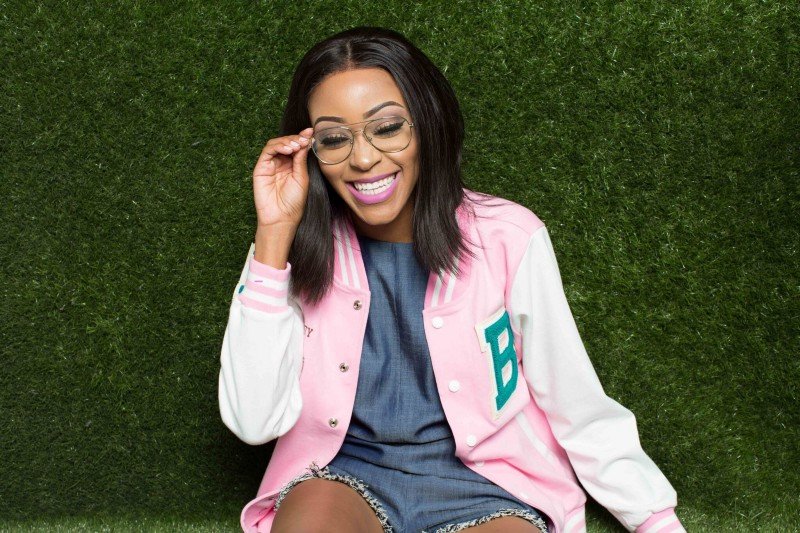 At age 32, Cashmere Nicole has achieved more than most people do in a lifetime, and she’s just getting started. The founder and CEO of cosmetics brand Beauty Bakerie, Nicole is a mogul, mother of a teenage daughter, a breast-cancer survivor, and an eternal optimist. She recently spoke with ESME’s Jaimie Seaton about how she is making her dreams come true.

Q: Tell me about being a Solo Mom.

A: When I had my daughter, I was 16. Typically, [teen mothers] have to put [their] dreams on hold, but I didn’t actually think it was a good idea to forget about my future. Your child either benefits by the decisions you make or not. If I didn’t go the route of fulfilling my dreams, she would be at a disadvantage, so I finished high school in three-and-a-half years, and then I went straight into a nursing program and then into a bachelor’s-degree program at Indiana University. My daughter was probably two.

Q: That must have been really difficult to attend college with a toddler.

A: I don’t think you do yourself any favors if you focus on the problems; you just do it. That’s what we single moms do. If we look too long and hard at the problems, they seem larger and impossible.

Q: How did you go from nursing to founding a beauty company?

A: I’m a nurse by trade, but I’ve been an entrepreneur since childhood. I started several businesses as a child, which says a lot about my spirit and what I gravitate toward: leadership, creativity, and believing enough in something to see it through.

There was an ugliness out there that I couldn’t identify with. The idea to start Beauty Bakerie centered around three things. First, I’m a spiritual person; I believe in God, and I thought He was saying that if I wanted to succeed I had to figure out a way to do for others. How do I incorporate other people in an industry that is centered on self? So I decided we would donate to breast-cancer awareness. A year later, I was battling breast cancer myself.

Second, I wanted to create something to inspire people to consider others. I wanted a brand where people could remain sweet and share their sweetness.

Third, applying and touching up my makeup throughout the day became so taxing for me that it almost got to the point where I didn’t want to wear makeup. It was just silly. We, as mothers, think that we can fit all these things on our plate. I wanted to create something healthy and something long-lasting to give us back those moments.

Q: How did you launch the brand?

A: I launched seven years ago with maybe $500 or $1,000. I had done my research and decided what I wanted, and I went for it. I began selling on a website. I started selling in stores in 2011, when I moved to Kansas and [the products] were sold in a boutique.

Now we’re sold in over 100 countries and have 12 retailers worldwide. Next month we’re headed into Forever 21, and we have our flagship store in San Diego. We’re a multimillion-dollar company. We have a team of 25 and will be a team of 28 soon, and possibly 42 by the end of the year.

A: There is no day that I don’t walk into work and say what a little hell-raiser I am. In hindsight I think, How did I do that? Why did I do that? At the time, it was just to do it. My mom said I can do whatever I put my mind to, so I just did it.

Q: How has breast cancer changed your life?

A: I had a double mastectomy at 27, and a year and a half later they had to go back in. That was a really hard recovery. I’m 99% sure that if my mother hadn’t been there, I would not have survived. Now I’m doing well, but the problem with cancer is that you never really know if it’s gone. It’s a reminder that this is our life but our journeys are not our own—they are meant to be shared.

Every month we go on GoFundMe and close our eyes and donate to someone battling a disease. It can be anything, not just cancer. We have to give back. It’s a requirement. I would say we’ve given between $5,000 and $10,000, but it could be more because we’ve been doing it for a while now.

Q: What was your biggest obstacle as a Solo Mom?

A: I would say it was seeing the vision, seeing how this could become something huge and massive, but not having anywhere near close to the resources that I would need to scale it in a short amount of time. I probably could have gotten there sooner had I had a network and people to bounce ideas off of or maybe even a mentor.

Q: What advice do you have for other Solo Moms who want to start a business?