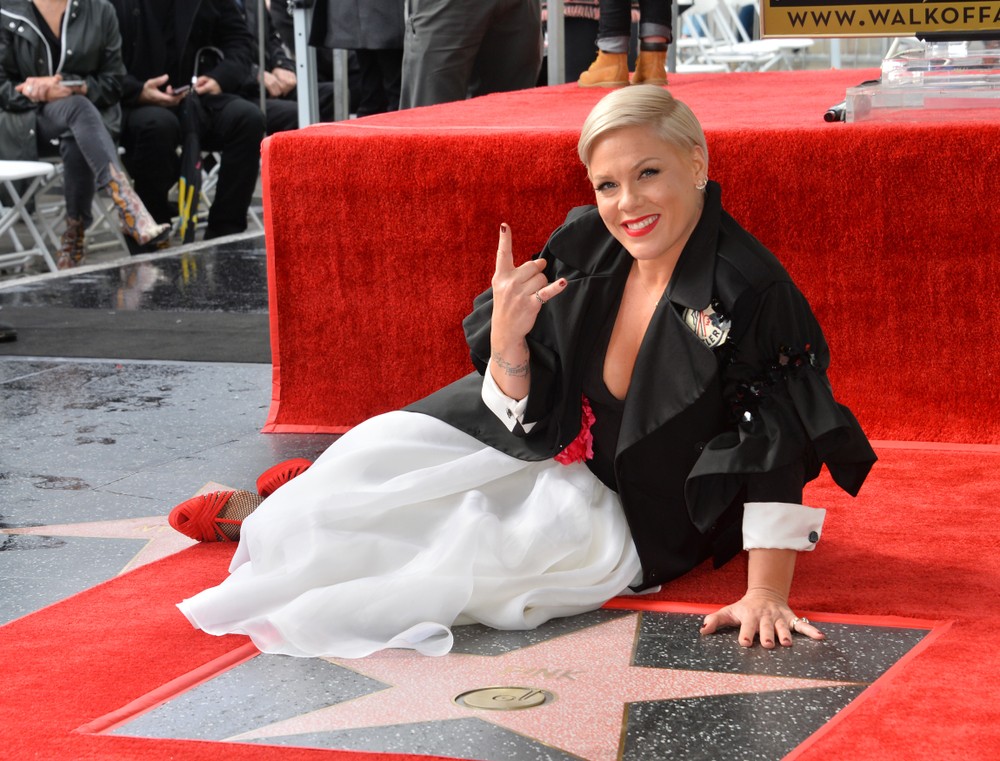 Like mother, like daughter: at almost eight years old, Willow Hart seems to be following in her mom’s footsteps. Willow’s mom is singer Pink, and in May 2019, Willow’s dad, Carey Hart, shared a video on social media of Willow trying out her mom’s aerial harness at Montreal’s Bell Centre during rehearsal time for one of Pink’s shows.

No surprise, really, that Pink’s daughter would be made of tough stuff. The daughter of a Solo Mom, Pink, born Alecia Beth Moore in Doylestown, Pennsylvania, has always embraced a tough-as-nails persona honed when she was a girl. The singer is candid about her younger self. “My teachers hated me because I was curious,” she told Redbook in 2013, “[but] I was also confrontational. I had a chip on my shoulder. I was really smart and I was really hurting.” For years she didn’t get along with her Solo Mom, Judith Moore, though as an adult looking back, Pink has tremendous sympathy for the road her mom was traveling. “[My mom] was trying to hold it together as a single mom, going to school full-time, working full-time, and raising two demons,” Pink said. “I don’t think anyone ever tried to understand her, so how could she have the knowledge to understand me? And I was such a challenge to her. I pressed so many personal buttons.”

Conflict between mother and daughter culminated in Pink’s mom kicking her out of the house when Pink was 15. But with time, their connection has evolved. “Over the years, we just slowly worked it out,” Pink told Redbook. “I enjoy her so much now. We have such a solid relationship. . . . She’s one of my closest friends.”

The singer, who is married to Hart, a former professional motocross competitor and current off-road truck racer, is mom to not only Willow but also son Jameson, born in 2016. Currently on the road for the Beautiful Trauma World Tour, Pink brings her family along—a decision made by the family, together. “This is the first time [Willow is] leaving behind friends and school and activities, so I asked if she wanted to do this, because we make family decisions,” Pink told Redbook in 2018, shortly after the tour kicked off. “When touring stops working for the kids, if they decide they just want to be home . . . I’ll stop, because they are by far the priority. But I think it’s cool that they get to see their mom be the boss and work really freaking hard to realize a dream. I’d say it’s 95% positive.”

She doesn’t sugarcoat the ups and downs, though: “We’ve been on the tour bus for three days and I haven’t slept, so that’s great,” she joked to Redbook. “I know this is going to be hard, but we’ll make amazing memories.” Of her parenting, Pink is characteristically humble—and direct. She once told Ryan Seacrest about the time a fan told her she appreciated Pink’s parenting style: “[The fellow mom] finds strength in knowing that someone like me is out there screwing it all up, too.”

Pink’s current tour, slated to wrap up in November 2019, is her seventh, made in support of her seventh studio album, Beautiful Trauma. The hardworking singer also just released a new album, Hurts 2B Human, which dropped on April 26 and features songs such as “Walk Me Home,” and the badass anthem “Hustle.” Pink recruited a boatload of A-listers as cowriters and featured singers for this latest effort, talents including Beck, Chris Stapleton, and Khalid. As she told USA Today, “Opportunities kept coming up for me to work with all these incredible people, and I think that’s what this record is all about: the village it took to create it.” The album is not only collaborative but also features some of her most vulnerable songs to date: “I’m at that age where a lot of my friends are losing their parents and it’s a really painful thing to go through,” she said, adding that now that she has children of her own, there is the powerful realization that now she is “that person” to her own kids.

Will Pink and Hart be adding to their family? Promoting Beautiful Trauma in 2017, Pink indicated they might consider adoption. “Our hands are pretty full right now, but I’m still open to that,” she told USA Today. “That’s what I want—I’ve gotta get [Carey] on board.” As she joked, “I keep telling him I want a baby and he keeps building me motorcycles.”

One thing is clear: this tough daughter of a Solo Mom is invested in the here and now—and joy. As she summed it up for Redbook back in 2013, “Joy is my goal—to feel healthy and strong and powerful and useful and engaged and intelligent and in love. It’s about joy. And there’s such joy now.”