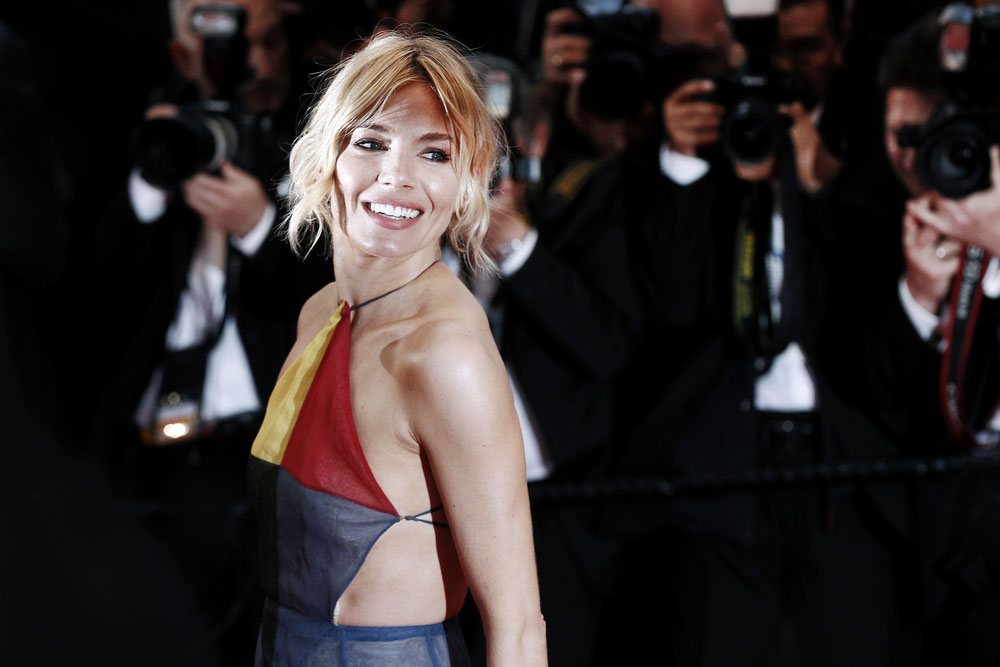 British American actress Sienna Miller isn’t afraid to be honest about the challenges of balancing work and parenting as a single mom. “It’s been really quite overwhelming recently, just with the volume of everything going on,” the actress told Vogue UK in 2015. At the time of the interview, Miller’s relationship with actor Tom Sturridge had recently ended; Sturridge and Miller have one child together, daughter Marlowe. “Everything is shifting,” Miller shared. “It’s actually been the s—tiest year, and [also] amazing. It’s always yin and yang. I feel like if you’re excelling in one area, it’s hard to manage both.”

If the actress is a touch hard on herself—“I’d like to be better at managing things; I’d like to be more super”—she is keenly aware of the joys of being a mom. “[Motherhood is] the most profoundly, deeply affecting thing,” Miller told Marie Claire in 2015. “I didn’t feel I had proper roots till I had [Marlowe]. . . . I feel anchored in the way I was looking for, and our life is beautiful and simple.”

It probably helps that Miller and her ex seem to have perfected the art of parenting together, even if their lives have diverged. The two live blocks from each other in New York City, and as Miller told Allure magazine in April 2017, “We felt like as much togetherness as possible [in coparenting] would be ideal, and fortunately we really love each other and are best friends, and so that works. It’s not that it’s not complicated, because it is.”

Miller can testify to the fact that parenting is not only complicated but also sometimes messy. “I had an amazing moment the other day where I just heard this ‘Mama!’ from upstairs,” the actress shared. “I said, ‘I’m coming, I’m coming.’ And as I got to the landing I just smelled, like, puke. And she’d thrown up basically off the top bunk, so the splatters were like: Pow! Like all four walls. She had the norovirus or whatever. . . . And I skidded on the sick and fell. Whacked my head . . . I take her to the bathroom . . . and then the dog comes up and starts eating the sick.”

But as Miller sees it, “You know, and that’s parenthood. You’re so enriched by it and so fulfilled.” If the responsibility can sometimes be daunting—“I look at these people who just don’t have any responsibility, and it feels like the responsibility is crippling”—Miller wouldn’t have it any other way. “I was overwhelmed by how normal [motherhood] felt,” the actress told Vogue in 2014. “It was like, ‘There you are—that’s what I have been missing.’ Like [Marlowe and I are] both in on something only we know. An amazing sense of being complicit with a little being.”

Work is also fulfilling for the actress, who has recently appeared in films ranging from American Sniper and Foxcatcher to The Lost City of Z, the last a 2016 adaptation of the David Grann nonfiction book of the same name. The films have represented a sort of return to the spotlight for the actress, who first drew attention for her role in the 2004 British crime thriller film Layer Cake. Though she loves the work, she doesn’t embrace all forms of exposure—social media, for instance, which the canny Miller quickly realized had its limits. “I did have Instagram for a week, and it sort of fueled the worst part of my soul,” she told the Los Angeles Times in 2014. “I’d wake up every morning and have more followers and people were, like, ‘Welcome! We love you!’ And I was like, ‘Hee-hee, wow! This is actually fulfilling me!’ But I realized it was filling that part of you that will not ever be filled.”

Her life with Marlowe, by contrast, affords simple pleasures: “We go to the park,” Miller told Marie Claire. “I take her to school; we go to the country and she gets muddy and rides ponies. You try to re-create the magic you remember.”