Sarah McClendon: No Time to Get Discouraged 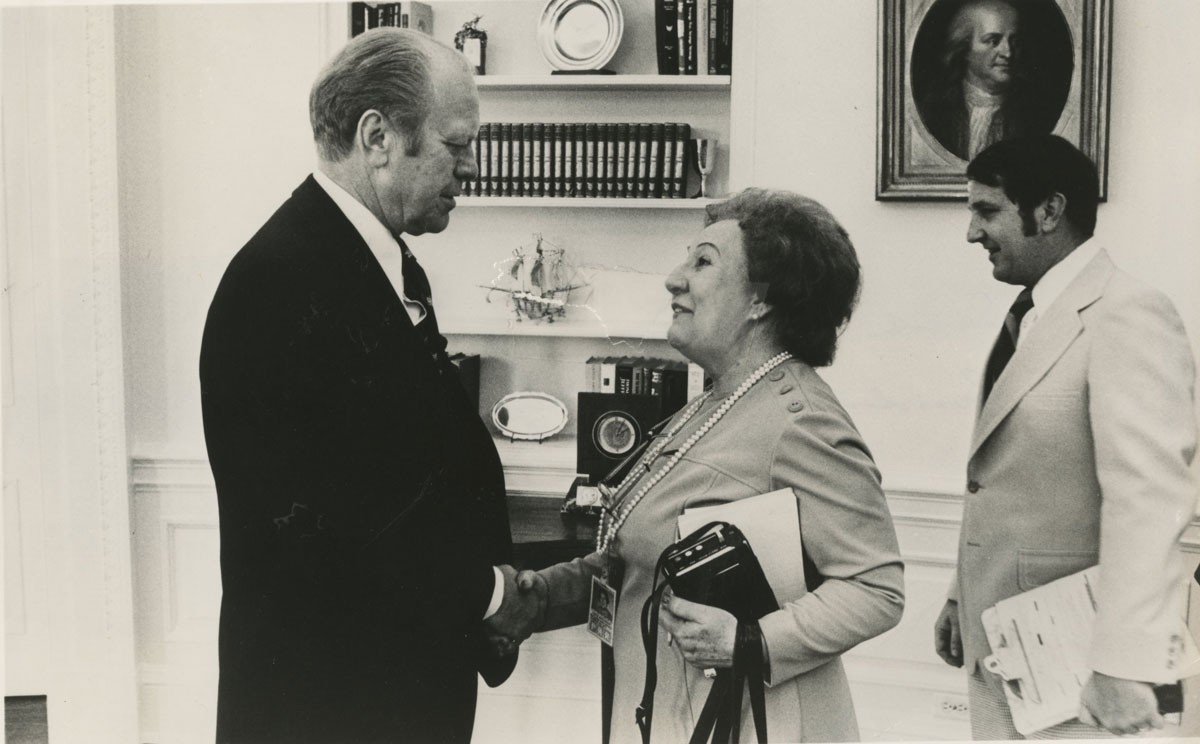 She was known for asking tough questions at White House press conferences, but reporter Sarah McClendon was tough outside the newsroom, too. A Solo Mom, she once asked the Red Cross to send an emergency babysitter when she couldn’t find child care. “I had absolutely nothing I could do. I was just at my wit’s end, and somebody said, ‘Call the Red Cross.’” The Red Cross did, indeed, send a sitter—for a whole week, at no charge.

The youngest of nine children, McClendon was born in Texas and graduated from journalism school in 1931. She established herself as a reporter at the Tyler Morning Telegraph, the Tyler Courier-Times, and the Beaumont Enterprise before the start of World War II, when she enlisted in the Women’s Auxiliary Corps. During Officer Candidate School, she got married and became pregnant—but her husband abandoned her shortly after their marriage, so McClendon never told him about the pregnancy. She made history by becoming the first Army officer to give birth at a military hospital.

After her daughter, Sally, was born in 1944, McClendon was honorably discharged from the Army and hired at the Philadelphia Daily News—but in 1946, she was let go to make room for men returning from the war. Undeterred, she founded the McClendon News Service, providing stories from Washington, DC to smaller markets and subscribers. Little Sally often tagged along with her mother to press conferences. Of being a Solo Mom, McClendon said, “I didn’t have too much time to get discouraged. I would come in just whooped from the job, and [the babysitter would] be going out the door. Maybe the child would be crying, and I didn’t have time to take off my clothes and sit down and get a drink or read the paper or something. I had to go to work looking after the child.” McClendon penned two autobiographies: My Eight Presidents (Wyden Books, 1978) and Mr. President, Mr. President! My 50 Years of Covering the White House (General Publishing Group, 1996). After her death in 2003, former president Bill Clinton said, “I hope St. Peter is prepared for the kinds of questions that nearly a dozen presidents had to face.”

Hall of Fame solo mom in the spotlight journalist