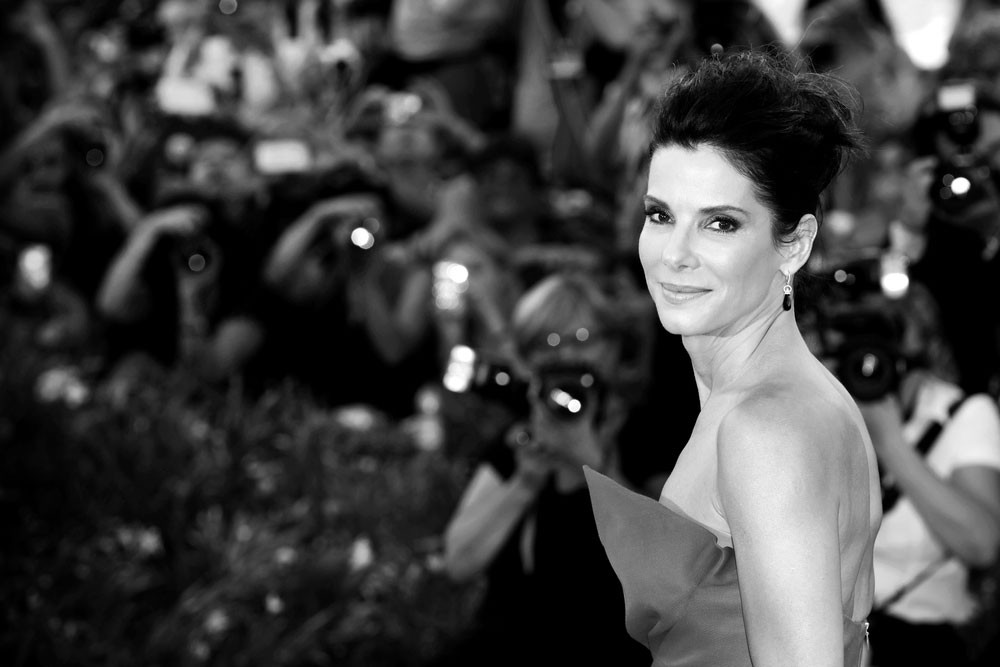 The year 2010 was a tumultuous one for actress Sandra Bullock. Just days after winning the Best Actress Oscar for her role in The Blind Side, news leaked that her then-husband, celebrity motorcycle-builder Jesse James, had had several affairs. On the same day she announced she was filing for divorce, Bullock also revealed she was in the process of adopting a baby boy—four-month-old Louis from New Orleans.

The star of more than 50 movies, Bullock has said she’d give up her career in a heartbeat if she ever felt it was adversely affecting her son, whom she’s raising as a Solo Mom. “You can’t go backward,” she told Vogue. “I’m not going backward. I’m grateful that I’m here, blessed to have what I have.” In terms of the racism her son might face, Bullock is preparing him early. Bullock told MSN that although its difficult to explain to a child that he might be judged by the color of his skin, “I want to know that I did the best I could as his mom to educate him on the ugliness in the world, and also the beauty.” Bullock added to her family by adopting a daughter, Laila, in 2015. Laila was in foster care in Louisiana, and the transition required patience and reassurance. Encouraging other people to consider adopting and fostering, Bullock told People magazine, “I can tell you absolutely, the exact right child came to me at the exact right time.” Bullock says that the siblings now have a wonderful bond and that Laila has brought “pink and glitter in the house mixed with Legos and Batmans.”

Bullock’s latest film, Ocean’s 8, is in theaters now. In the film, she plays Debbie Ocean, estranged sister to Danny Ocean, played by George Clooney in Ocean’s 11 and the two Ocean’s movies that followed. Just five days following its release, Ocean’s 8 had earned $52 million, according to Forbes. But even given the film’s success, Bullock is clear about her priorities. As she told the New York Times in May 2018: “I have my family—that’s what I think about 24/7. If an opportunity comes along that’s good for the family, I’ll consider it. And that’s probably why I’ll be working less and less. I just wrapped another movie, “Bird Box,” that I’m really excited about. But now I’m back in car-pool mode. That’s where my attention is: make the lunches, get them to school. That’s all I got.”


If you want to see an emotional conversation about adoption watch Bullock’s interview with Hoda Kotb.