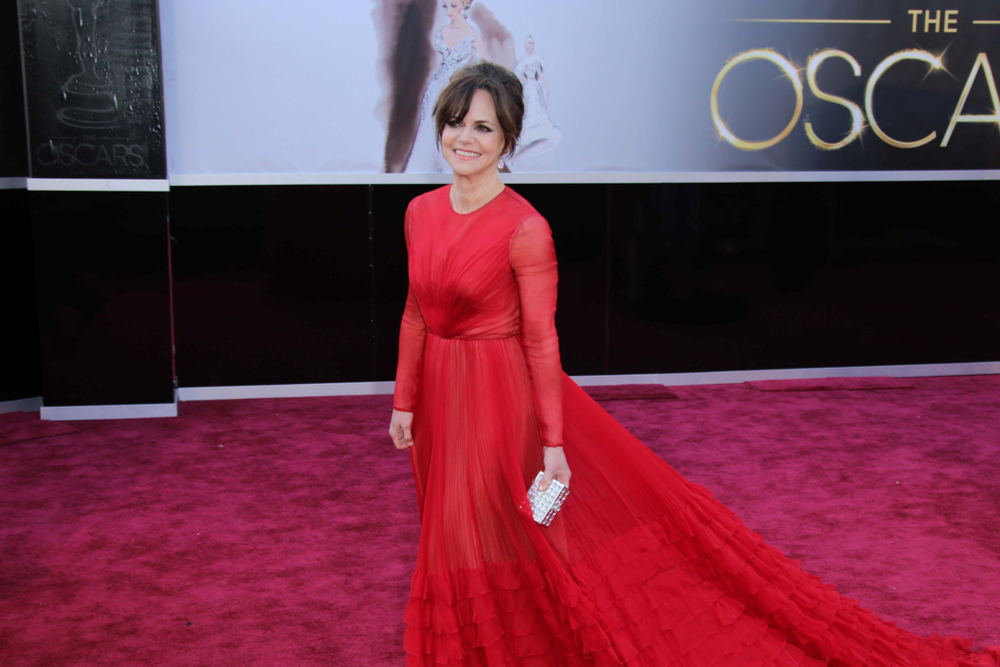 Actress Sally Field was recently up for a Tony Award, and it’s been exciting. Nominated for Best Performance by an Actress in a Leading Role in a Play for her unvarnished performance as Amanda Wingfield in The Glass Menagerie (the Tony ultimately went to Laurie Metcalf for her role in A Doll’s House, Part 2), Field told NBC’s Today show host Matt Lauer, “All my life [I] wanted to be in New York on the stage.” The experience has been rewarding for Field, who made her acting debut at 18, starring as the lead in the television series Gidget. She’s come a long way since that first, perky role, and if the journey has sometimes been difficult, it’s been rewarding.

Field is the daughter of a Solo Mom: her mother, Margaret Field, divorced Sally’s father when Sally was four years old. Margaret then married stuntman Jock Mahoney, a man with a temper whom Sally feared but who she has said forced her to learn how to survive. The actress has been a Solo Mom herself, divorcing her high school sweetheart, Steven Craig, when she was 29, and then divorcing second husband Alan Greisman after nine years. Field has two sons, Peter and Eli, with Craig, and a third son, Sam, with Greisman.

Even as she adjusted to Solo Mom status, Field’s acting career thrived. After her harrowing portrayal of Sybil Dorsett, a young woman who navigates trauma by developing multiple personalities in the two-part television miniseries Sybil, actor Burt Reynolds called her personally to cast her in Smokey and the Bandit. “It was a really hard time for women in film,” Field remembered to Oprah Winfrey. “There were mostly just tall, gorgeous models working. . . . But by then, I was single with two kids. I had to earn a living.” The role led to involvement with Reynolds, with whom she had an on-again, off-again relationship for about three years, and to other film roles, including Norma Rae and Places in the Heart, both of which earned Field Academy Award wins. Field has returned to television over the years, too, most recently playing matriarch Nora Walker in the ABC drama Brothers & Sisters.

And today? There’s this business about the Tony nomination, and the actress is also a hands-on “Grammy” to her grandkids. In fact, fulfillment in both work and family has been a constant: as the actress told Winfrey, “This whole world is about family.”