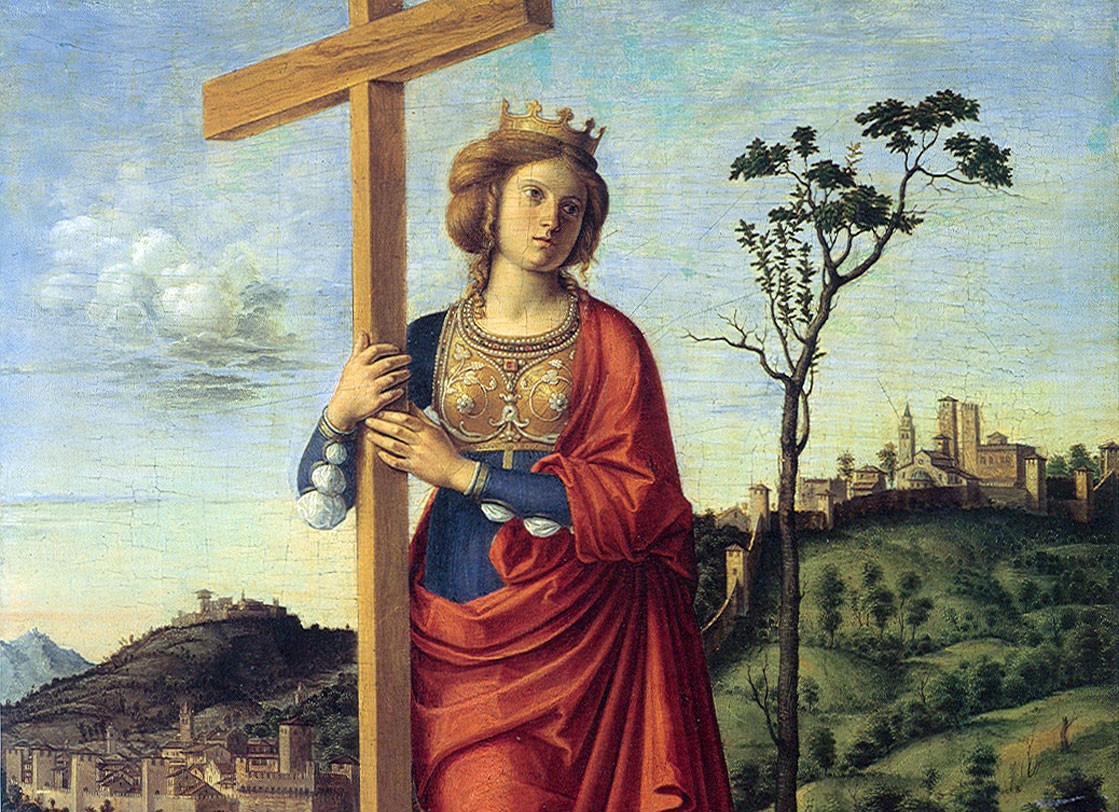 Historians dispute whether Constantius Chlorus, who became the Roman emperor, and Helena, who became a saint, never married; what they agree on is that Constantius divorced Helena when his own star began to rise. She came from humble origins: Saint Ambrose called her a “good stable-maid,” and some sources say she worked in a tavern, where she met Constantius, then a soldier. After their divorce, she moved with their son, Constantine, to the court of Diocletian at Nicomedia. When Constantius died, Constantine was named Augustus of the Roman Empire, at which time Helena was returned to the imperial court. To show his deep regard for his mother, Constantine had coins struck bearing her image and appointed her as Augusta Imperatrix, a powerful role with a status near to divinity. Tasked by her son to locate relics of Judeo-Christian tradition, Helena is credited with finding the cross on which Jesus is believed to have been crucified during a pilgrimage to Palestine. When she died around AD 330, her son was at her side. Today she is the patron saint of new discoveries.