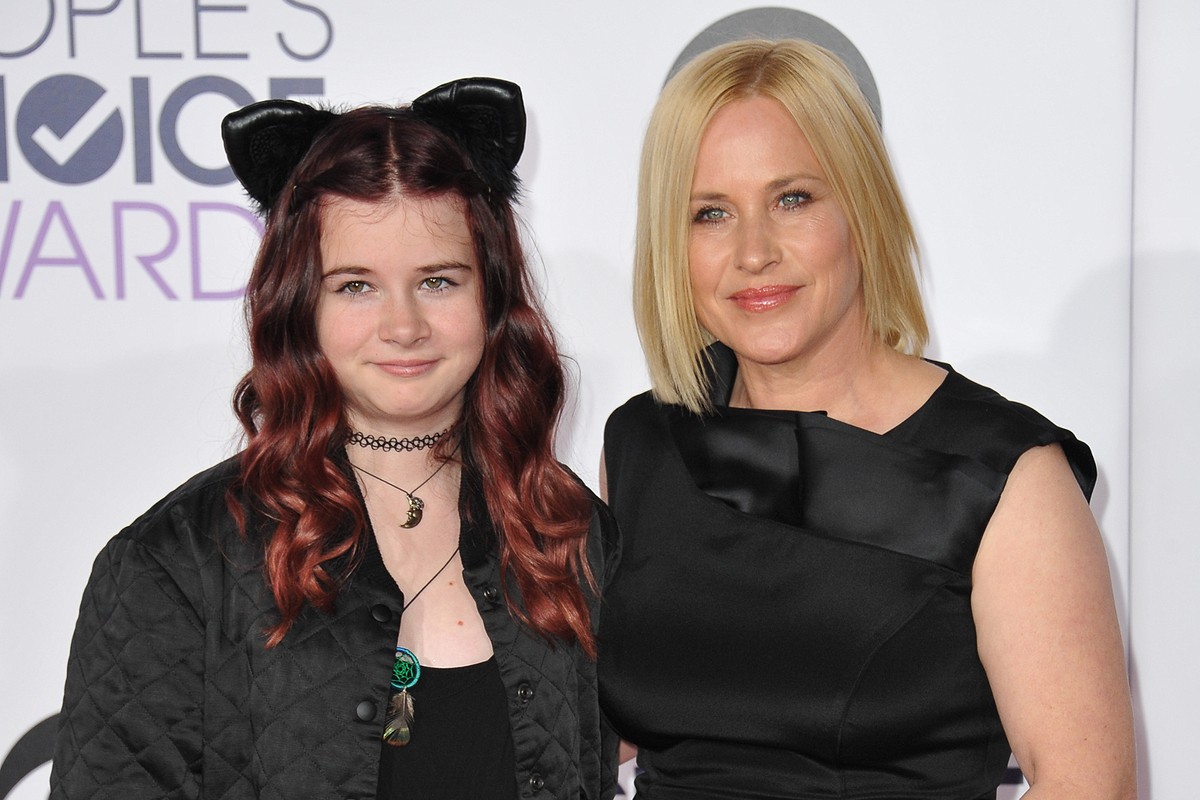 In Richard Linklater’s film Boyhood, released in 2014 but filmed over the course of 12 years, actress Patricia Arquette famously played Olivia, a Solo Mom who sees her two kids through their formative years. A Solo Mom in real life, Arquette identified with the role, for which she won an Academy Award. “I was winning that award for a character who predominantly raised her two kids and had to move them time and time again and put herself through school and be the primary breadwinner,” she told HuffPost Live in 2015. “I don’t know if anything will ever feel that intimate again.”

Arquette, now in her 40s, remembers what it was like to be a Solo Mom as a young woman barely out of her teens. “I was a single mom when I was 20,” she said, “and there were times where I didn’t know if I could buy [my son’s] diapers and [if I] could buy food.” There were tough decisions to make. Shortly before her son, Enzo, was born, Arquette was cast in the art film Last Exit to Brooklyn. It was, she told NPR, a “star-making part, a great part.” But between the time they offered it to Arquette and started shooting, the actress discovered she was pregnant. The film, based on the novel by Hubert Selby, Jr., is an intense meditation on lovelessness set in a particularly unforgiving 1950s New York. Arquette had been cast as a character who “really goes through a lot of difficult things in that movie,” which gave the actress pause. “[I]t was my first time having a baby and I thought, ‘I don’t want to be pregnant and emotionally go through this woman’s journey, which is very violent at certain points, with a baby inside me.’”

When she sat down with the producers and withdrew from the film, she didn’t know if she’d ever get cast in a movie again: after Enzo was born, she resumed auditioning, but the roles weren’t coming. So she sought work elsewhere. “I remember walking into this restaurant on Sunset Boulevard applying for a job as a waitress,” Arquette shared. “I said, ‘I’m smart. I don’t have a lot of experience; I like people; I’m nice to people; I learn fast; and I have a baby to feed.’” She got the job, and the plan was for her to start on a Wednesday; the Monday before, she got cast in another role.

Acting, while instrumental when it came to paying bills, also proved cathartic. “I had a person I had to take care of,” Arquette told the Guardian in 2015 of being a Solo Mom. “[Enzo’s] dad had a person he had to take care of. It put a fire under our asses to make a living. We split—amicably—when [Enzo] was a month old and there was this awesome responsibility but this huge fear, all this frustration and anger that I couldn’t let that slip at home when I was singing ABC to him, so I had to have somewhere to put it—and acting was a great place to work out being an adult.”

She’s built an impressive career since, with roles in films ranging from the aforementioned Boyhood to Ethan Frome and True Romance. For seven seasons, she played a suburban mother with psychic gifts in the television series Medium, and she has recently appeared in the police procedural drama CSI: Cyber. But her experiences as a Solo Mom and her role in Boyhood underlined for Arquette certain issues that women face in the workplace.

In her 2015 Academy Award acceptance speech, the actress focused on a call for “wage equality once and for all, and equal rights for women in the United States of America.” As she told Fortune, “While I was working on Boyhood, which director Richard Linklater had written, we talked a lot about his single mother . . . My friend Kamala Lopez was directing a movie, Equal Means Equal, which is a documentary on the status of women in America today and talks about all kinds of issues affecting women—wage inequality, domestic violence, rape. And there I was winning an award for a role about a woman who had to move her kids around again and again, and I was thinking about how her life might have been different if she had more economic stability.”

The actress also feels strongly about the challenges women face in terms of accepting their own appearance. She wasn’t afraid to age naturally during the filming of Boyhood, something of an anomaly in an industry obsessed with image and age. “A really strong thing for women in Hollywood is to hold on to the ingénue role as long as possible,” Arquette told Fortune. “But I wanted to get out of that gig as soon as I could. I pushed the boundaries as much as I could along the way. I remember a director telling my agent that it would be great if I could lose 10 pounds as long as my boobs didn’t get smaller. I didn’t want to lose 10 pounds and I didn’t.”

Her resilience and self-confidence no doubt provide good modeling for 13-year-old Harlow, Arquette’s daughter with ex Thomas Jane. “It’s always difficult to be a teenage girl,” Arquette told the Guardian. “I see so many mixed messages in the world around [Harlow], and my message is always: ‘You’re beautiful, you’re perfect, you’re smart, you’re funny. You’re great and you’ll find the right person for you.’ I’ll still find myself asking her ‘are you wearing that because you like that, or are you wearing that because someone else told you to?’”

Bottom line, Arquette’s strength has served her well, as a Solo Mom and as an actress in a notoriously judgmental and fickle industry. As she mused, “You really have to have some sense of yourself and your own value as a human being that no one else can take away.”