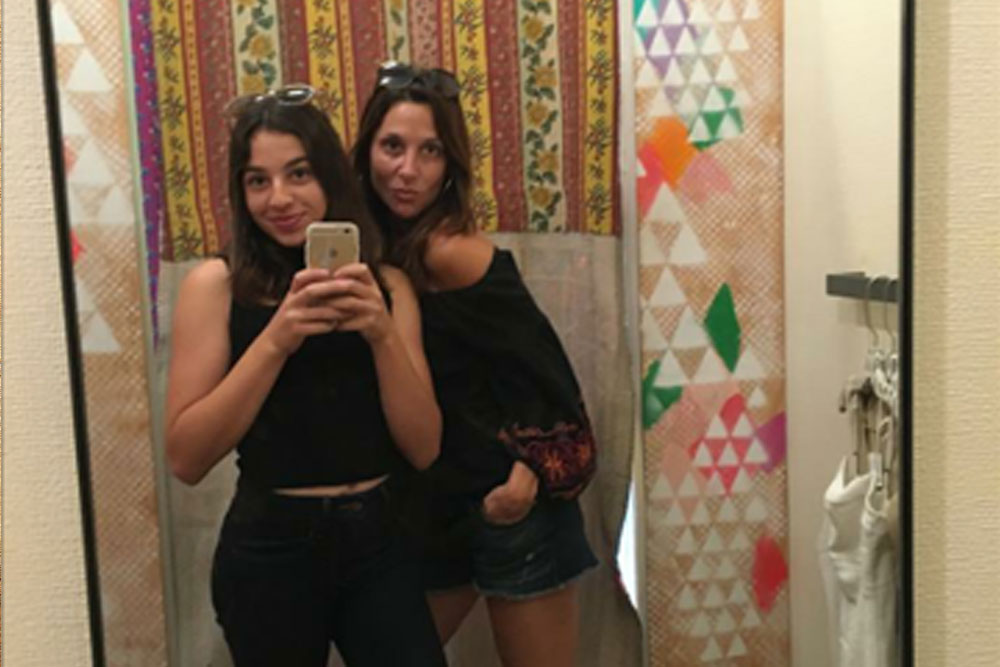 The Madhouse Entertainment founder is stronger and happier than ever

When Robyn Meisinger was a child, she thought she’d grow up to be an attorney. She worshipped her dad, and he was an attorney. But by the time she graduated from the University of Southern California with a degree in English, the LA native had no idea what she wanted to do. “The plan was to go to law school. I adore my dad, and he’s a lawyer. Problem was, I didn’t want to go to law school. So my parents cut me off with a ‘Good luck!’”

So Meisinger did what any other red-blooded, confused Phi Beta Kappa college graduate would do: she got a roommate and a job as a temp. She “floated” on the Sony lot and ended up as the assistant to one of the hottest studio executives in Hollywood, Kevin Misher. She made her way up the ladder, ultimately partnering with Adam Kolbrenner to found Madhouse Entertainment, one of the premier literary management and production companies in the entertainment industry.

Today, the single mom to daughter Olivia, 15, is still somewhat befuddled as to how she ended up firmly rooted in one of the most elusive and competitive businesses on the planet and maintains, “Law school was always my plan B—until I was too old for plan B. So if this doesn’t work out, I will have to marry for money.”

Q: What does a manager/producer actually do?

A: I represent writers for television and film. I also develop movies and TV shows with writers and try to sell them to studios and TV networks and get them made.

Q: What’s been your greatest career accomplishment so far?

A: When Olivia was two, she had a crazy-high fever and a seizure. It was Christmas Eve. When we got home from the hospital, I was afraid for her to go to sleep so we stayed up all night and watched cartoons. In one of the cartoons, a boy says to his dad that he wished Christmas was every day. At the time, I thought it was the most hideous idea ever . . . but a great idea for a movie: Groundhog Day meets Christmas—a guy gets stuck in Christmas. So I developed a screenplay, sold it, and got it made as a TV movie. It’s not art, but I was proud . . . and Olivia got a credit!

Q: Where would you like to see your career down the line?

A: I’m so lucky to be doing what I love, on my terms. I want to get more things made, of course—and make more money—but I’m on the path I want to be on.

A: My ex came home from a business trip 15 years ago and said he didn’t want to be married to someone in the entertainment business. He said, “It’s not you. It’s me.” (Um, yeah.)

I told him he’d turned my life into a gross cliché, but the truth was I didn’t love him the way he deserved. I’d grown out of him. I was a crap wife focusing on my career and not him. (Thank God, as being a single mom is expensive!) It took me a while to realize, but it was the best thing to happen to me.

A: Not really. I was already well into this career when I got divorced. I just had to juggle and schedule more carefully.

Q: When your status shifted from being married to being a single mom, did you feel a shift in your community?

A: I would say I got “iced out” a lot, socially. I don’t think people knew what to do with me or what to say to me, so they just didn’t include me. “Smug Marrieds,” we call them. So annoying. But eventually I realized that my life was so much more awesome than their married lives. (They realized it, too.)

Q: Were there specific resources that helped you during your divorce?

A: It’s funny. I tried so many random things at first. I was panicked and felt like I had to do things to improve myself, to understand. For example, I did this weird chanting, primal yelling thing that didn’t help. Of course I went to therapy, which did help . . . a ton. I needed a place to cry for as long as I needed to cry. Most important, I realized who my true people were—the friends who stuck by me and let me sob and complain and whine and bitch. The friends who watched Olivia when I needed to work or went places with me when I couldn’t brave it alone. My resources were therapy, friends, and family.

A: It was kind of the opposite. From moment one, I was the annoying martyr telling people I was a single mother. I was “alone, alone, alone.” But I really was OK. The reality is I had so much love around me, and my daughter has an excellent father. Sure, it hurts sometimes, even still—having to experience things in a nontraditional and unexpected way—but I realized I wasn’t actually alone. Rather, it just wasn’t what I thought my life would look like as a parent. I had to redefine my vision of what it meant to be a family.

A: Totally! But after trolling and slutting around for 15 years and dating guys everyone hated, I finally met the man of my dreams . . . on a beach in Cabo [San Lucas, Mexico]. Totally random.

Q: Have you ever dated online?

A: I’ve done some online dating. I’m pretty busy, so it seemed like an efficient way to date. I never had epic success. I’m around a ton of people because of my job, so everyone has set me up over the years. But I do recommend online dating. Why the hell not?!

Q: Of what are you the most proud as a Solo Mom?

A: It has changed so many times over the years since my divorce. I’m not sure there’s one specific answer. I rarely look at my accomplishments as anything that extraordinary. Olivia is amazing. I run marathons. I’ve had some seriously awesome and epic sex. I have a successful business I love.

When I first got divorced, on my first Mother’s Day, I was devastated it would be spent without a husband to celebrate me. I was feeling sorry for myself. Then someone said something to me I will never forget. He told me, “You are going to encounter a lot of firsts alone as you adjust to your new life: your first Mother’s Day, your first wedding anniversary as a divorced woman, Olivia’s first words, her first steps, the first time she sees fireworks (one of the best moments of my life). He said, “You’ll get through them. It might hurt, but you just will. And after you get through them, check that shit off. You did it!” So I started to check things off. And I did get through so many firsts. And I was OK. I was better than OK and so was Olivia.

I realized I was much stronger than I thought . . . and also much happier.

A: Because I have to do SO much reading for my job, on weekends when I had no nanny, I often found myself trying to figure out what to do with a crazy-ass three-year-old while trying to cram in countless hours of reading. So I devised a plan: I gave Olivia a pencil and a script. Then I’d ask her to “Circle all of the s’s, etc.” We ultimately went through the entire alphabet. It kept her busy for hours. It’s how she learned her letters and how to spell! She had fun, and I got my work done. I pretended that it was some awesome activity I had totally planned for her when, in fact, it wasn’t. It was juggling.

Do you know an Everyday All-Star Solo Mom we should feature? Reach out to contact.us@esme.com and tell us about her.