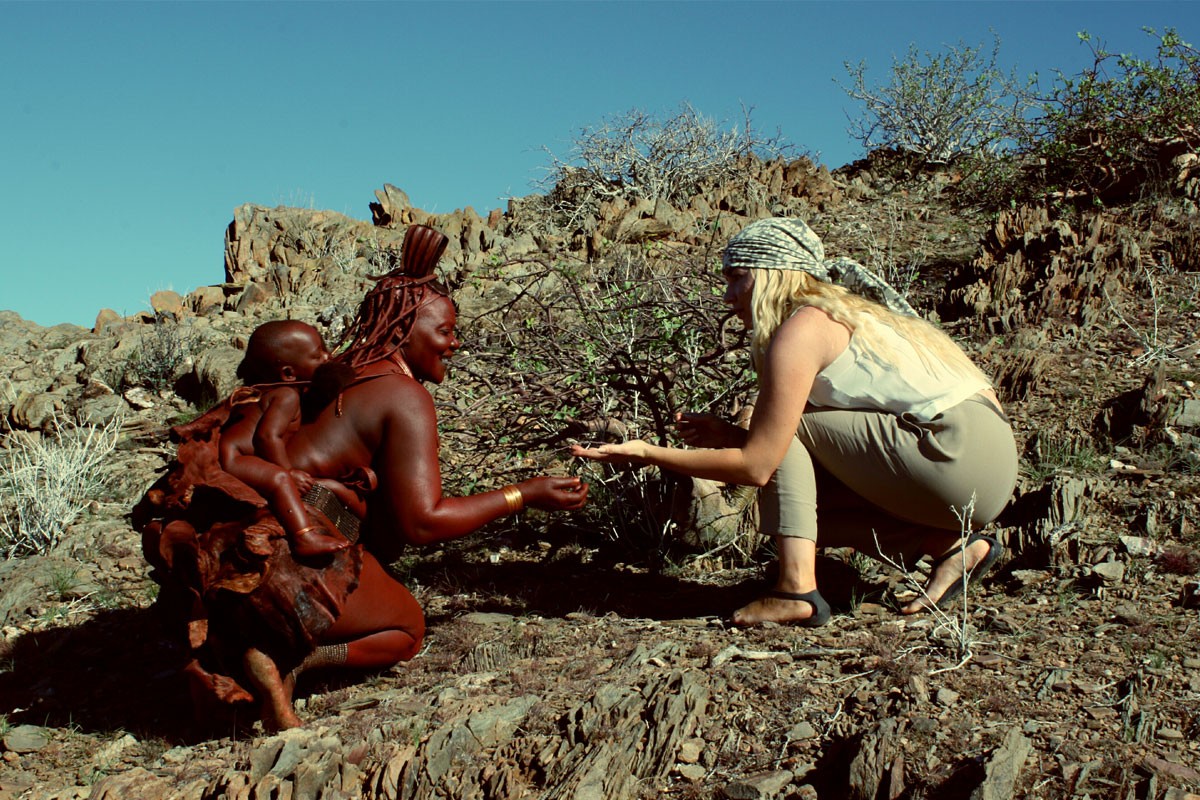 When she isn’t modeling for Rain Africa (aka Rain), 30-year-old Jaci Eubanks is the company’s American ambassador. Founded in South Africa, Rain employs hundreds of African women to make its bath and body products by hand using indigenous plants that African healers have used for ages. The company is committed to:

Along with her many trips to Africa and across the United States, Eubanks is a Solo Mom who successfully cares for her six-year-old daughter, Stella, in Kaysville, Utah, 30 minutes outside Salt Lake City. Born and raised in the small town, Eubanks finds it the perfect place to raise kids.

Q: What is the concept behind Rain?

A: The company started 15 years ago out of the garage of an amazing woman, Bev Missing, in Ladybrand, a small town in South Africa. Bev saw the massive amount of refugees coming to South Africa, trying to find a better life, but there were no jobs, so people started committing crimes just to feed their children. She wanted to create something specifically for women, so she hired five women to make soap and sell it out of her garage. She eventually opened a store and moved her factory to Swellendam, about two hours out of Cape Town.

She grew the business from there, putting over 150 people to work in South Africa. People came from all over Africa—the really poor countries. There are now 10 stores in Africa, and I have three stores in the United States, with more to come.

Q: Do you travel to Africa often?

A: I generally go once a year, but I’m going again at the end of this year. I won’t bring my daughter until she is older. The only expensive part of traveling to Africa is the plane ticket. Everything else is relatively cheap.

Q: What did you accomplish on your recent trip?

A: I’m working with Bev on a project with the Himba—a tribe that lives in Namibia. We went there in January. There is a woman currently helping them learn how to sustainably harvest ingredients found only in the area where they live. All the ingredients will go into our new skincare line, which will help support the tribe.

These women are some of the strongest women I’ve ever met. The Himba women do everything, and most of them have six to 12 kids. I admired how happy they were despite the extreme hardship they faced. Most of their children don’t live past the age of 10. The children die mostly due to lack of water and nutrition, and since the women are now trading with big towns, illness is introduced.

Q: Are you the model in Rain’s photos?

A: We like to involve people in the company in the shoots. We had a photographer do the Himba shoot. I was in some of the shots. I’m the blond on my Instagram (@Rain_Africa).

Q: How did you get involved with Rain?

A: I went to New York the day after Hurricane Sandy hit to participate in a New York Marathon event. Obviously it didn’t happen, so I ended up just wandering around, shopping. I came across Rain in Rockefeller Center, and I spent the whole day there.

I’ve always wanted to adopt from Africa. I’ve always had a strong connection with Africa. And I’ve always been in the skincare industry. So it was the universe telling me, “This is what you’re supposed to do.”

I contacted the company to see if they were open to franchising. I went to a friend who owns a bunch of retail stores, and he saw the amazing potential, so he became my backer. We went to Rain and bought the entire license agreement for the United States, Canada, and Mexico. But it’s my project. It’s my baby. We opened two stores last year and hope to open another three this year.

Q: Any idea where?

A: We’ll stay in California for a while. Californians really understand our concept, whereas New York is a tough market. I’d really like to bring in the spa concept. There are three spas in South Africa. One of my first jobs was working at a holistic spa. I love the idea behind healthy relaxation and using good products for your skin.

A: After my ex-boyfriend and I broke up, we started seeing each other as friends . . . and I got pregnant. We decided to just figure it out. I worked full time through my pregnancy. I was able to save quite a bit of money and paid off most of my bills in that time.

When my daughter was born, I’d planned on staying home for three months and then going back to work. That didn’t end up happening. I was breastfeeding. She wouldn’t take the bottle. I couldn’t pump enough to last. So I moved back with my parents, started crocheting little bamboo hats, and literally lived off of selling them. 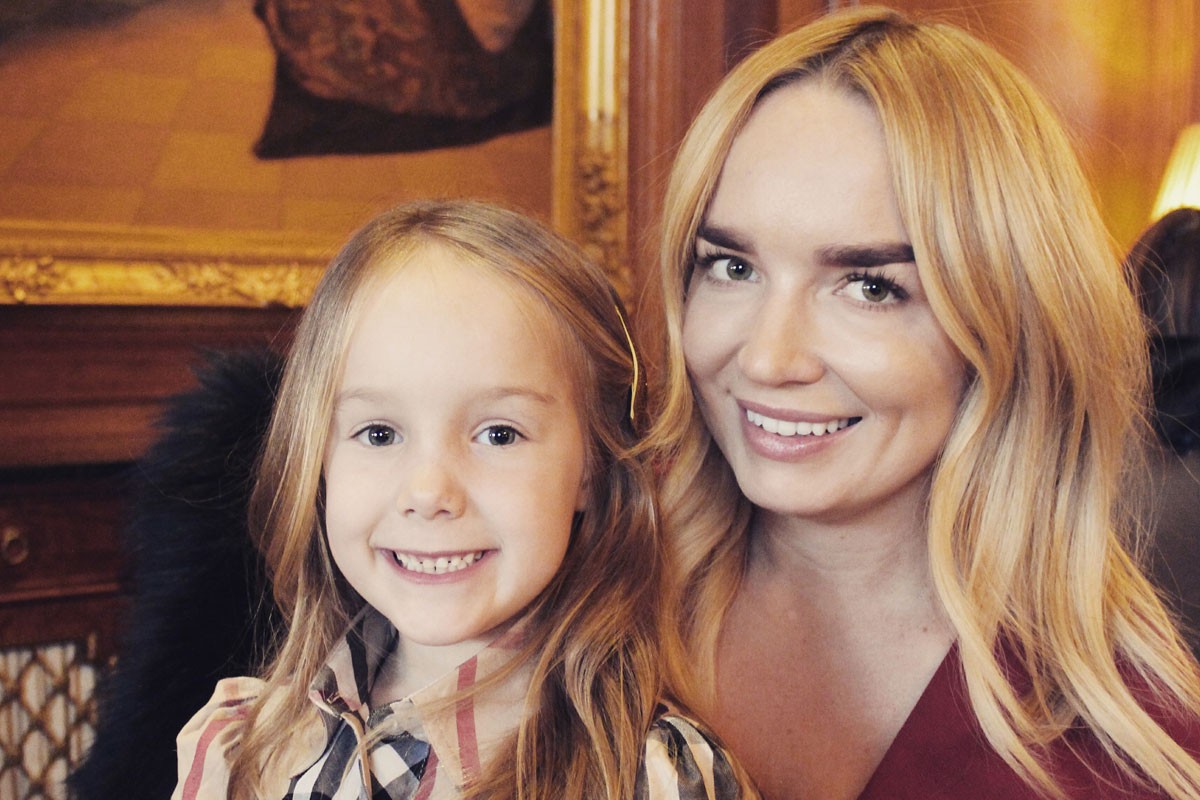 Q: When did that change?

A: When Stella was 14 months old, I’d finished my esthetician license and was working for a plastic surgeon. But the more I learned about the medical side of esthetics, the more I didn’t want to do it. It didn’t line up with my ethics. So I went in the opposite direction. I started looking into natural-skincare lines I could work for—smaller companies that would retain their ethos. That’s when I went to New York and found Rain. It all changed with that trip to New York.

Q: When your status shifted from being single to being a single mom, did you feel a shift in your community?

A: You can get really lost when you have a baby, and it’s sad to go through the whole process alone. You have these wonderful moments with your baby, and you think, Why am I the only one here? All of my friends got married and had babies. My parents got divorced when I was really young, so it wasn’t anything new to me. But I still thought, This is not how it’s supposed to be.

My status shifted a bit because a lot of people here (in Utah) are Mormon. But I had a lot of support from my close friends, even the Mormon ones. I had more of a problem with general comments—from people I didn’t know—about how it’s not fair for a baby to grow up without both parents or it’s a sin to have a child out of wedlock. Who says that?!

Stella’s dad is more involved now. He sees her quite a bit, and sometimes overnight. He didn’t understand what it was like until a couple of years ago when he really started to connect with her and be there for her.

Q: What defining moment drove home you were raising a child alone?

A: The second I found out I was pregnant! I didn’t want it to be a reality. I had so many plans then suddenly life completely changed.

A: I don’t have time, and I have bad luck. People want different things. They want to have more kids, and I want to adopt. I work all the time. I travel all the time. One day.

Q: What do you do with Stella when you travel?

A: She mostly stays with my mom. When her dad’s available, she stays with him. I was gone a lot last year—sometimes two months at a time. I try not to do this, but the stores were so new that I had to. When I first opened New York, it was horrible. We Skyped and FaceTimed constantly. When we opened the LA stores, it was an easy flight, so I came home every week or two. Now that the stores are up and running, I only need to go every three weeks for two weeks at a time—to do the visuals and change out the window displays. But when I’m here, she’s first. And I can work a lot from home. I have amazing staff in the stores, and I know they are taken care of, so I just do my thing here.

A: When I was super poor, I’d go to secondhand stores and buy Stella clothes that were really high end, main brand. . . . I never really had to pay for clothes, and she was always dressed to the nines.

A: I’m proud that I was able to set up something for Stella’s future so she can do all the things I love. I love to travel. I’m passionate about Africa. I hope to take her one day and teach her there’s more to life than how we live in the United States. People grow up differently, and there’s a completely different view of life. Every time I go to Africa, I come back a different person. I’m so grateful and proud I can show her all these things.

The last time we were in Africa, one of my questions was, “What makes you happy?”

What makes them happy is waking up in the morning and knowing they have their goats and their children. Goats are your money. Children are your life.