Making It Work: CEO and Founder of VProud 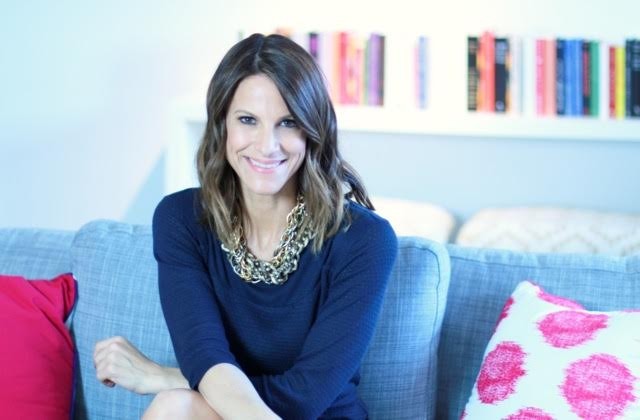 In her postcollege years, Karen Cahn made her way from Boston to New York City (via a sojourn in Italy) to work her way up the ranks of the digital media ladder, ultimately founding VProud.tv. Two kids and one ex-husband later, at 41, Cahn is at the top of her game, spreading VProud’s mission of cultivating an honest dialogue among women in a safe and nonjudgmental environment.

A video-driven conversation platform, VProud uses videos and thought-provoking headlines to engage real conversations between women on any topic, no matter how intimate. Founded in 2014, VProud was built for women by women.

Q: I love your site! I learned about these little things called “Tinkles” that shave the peach fuzz off your face. I’m giving them as gifts to all my friends. You have changed the lives of so many women in LA.

A: You just made my day. Make a comment!

Q: What exactly is VProud?

Q: What inspired you to create VProud?

A: I worked at YouTube and wanted to start a YouTube for women. There was some awful misogyny in the comment sections of all the female creators that I loved—like Laci Green, who does sexual-health blogging, and Michelle Phan, who taught me how to do a smokey eye. It’s old school. If you looked in their comment section, it was disgusting and violent and awful. So I wanted to do something that would take all of the best female creators, put them in a pretty environment, and create a conversation platform where women could really talk to each other [and] then make it so users could post into that conversation. It’s a technology platform and destination site for women.

Q: How did you get the word out to the people?

A: We rely on social media. We have a core group of female video creators who are our community. They submit videos and then spread the conversation to their networks. This is how we get traffic. We’ve got a contributor community, and once women find us, they’re hooked. We’re just hitting our stride.

You need a lot of money to market, and we were a bootstrap start-up that didn’t take investments. There’s been a lot of sweat equity. We rely on organizations like ESME to spread the word. CNN put us on their home page over Thanksgiving weekend, and our traffic went through the roof. Being Google alums gave us a pretty good story: “YouTube execs wanted to start a YouTube for women at YouTube and left to do it on their own.”

We also took a stand against trolls. We built technology that mitigates harassment in the comment sections. I think our idea is really novel. Nobody is creating safe spaces for women to talk about their mental-health issues. Our most important category is mental health . . . then parenting, divorce, and relationships, coparenting—all the things we women might suffer over. No one is out there leaning into these difficult topics we face. We take them head-on.

New videos are released pretty frequently. We create video conversation starters in our studio and take on taboo topics. We just did a piece on [post-traumatic stress disorder] and another on coparenting during the holidays. We aren’t afraid to tackle topics that mainstream media isn’t doing because they are afraid the brands won’t sponsor them. We don’t come from that place. We come from a place of serving our community with real information, and we have wonderful sponsors who support us in that mission.

Q: This is a site for all women.

A: All over the map. Solo parenting and coparenting are an aspect of this. If you look at our site, across our top, the black navigator, there are around 50 different categories of content, and we’ve got about 3,500 live conversations going on: anything from business and career to feminist to what’s happening in the media. In mental health, we have about 10 different categories from eating disorders to gender identity. We’ve got four sections for the LGBTQ community. It’s real life.

Q: What led you to this place in your life?

A: I was a history/African American studies major at the University of Wisconsin. I had no aspirations to do anything in media. I was interested in civil rights and blaxsploitation films. It was the most liberal, tree-hugging education you could get. All my friends were getting “real jobs” out of school, and I went to Italy for a year and learned to cook. When I ran out of money, I came home and got a job in trade-show productions. The Internet was just starting. I moved to New York and got my first job in digital at Salon.com, and saw very quickly that “search” was going to dominate the monetization ecosystem of the Internet. And the Internet was going to be all about accountability and [return on investment] for advertising. I wanted to go to the best place delivering this—and got hired at Google.

A: I got divorced in 2011. My kids were three and six. It was an incredible divorce. My “was-band” and I were together for 13 years, married for 10. He’s an amazing guy. We just didn’t have the chemistry that married folks require. I met and committed to him at 24. Our brains don’t develop fully until we are 30; therefore, I say people shouldn’t make decisions about who they should marry until [they are] 27 or older.

Q: Did you feel a shift in your community when you became a Solo Mom?

A: I was in Montclair, New Jersey, which is a cool, liberal suburb. There are a lot of media people, authors, writers, producers, celebrities, a huge LGBT community. . . . So I wasn’t the only divorced person at my school.

And I have really good self-esteem (thanks to my parents), so I didn’t even open my aura up to being shunned. My only embarrassment was over my failure at my marriage. I wasn’t worried that other people were going to judge me. A few friends fell by the wayside because they weren’t there for me, but my friends now have been my friends for years and years. People who don’t support you through whatever happens in your life are projecting their own shit onto you. It’s their insecurities about their own marriage.

Q: How are you able to navigate running VProud while solo parenting?

A: It’s really, really, really hard. I’ve been able to do it because I was fortunate to have money (money solves a lot of problems) and have a nanny for 12 years. She was a third parent to my kids. This enabled me to run a start-up as a single mom. I’m still the mom, raising my kids. But the nanny allowed me to go into the office and do my work. When I come home at 5:30 p.m. and I’m exhausted, I get to be with them. Plus, I have shared custody, and the ex is a phenomenal dad and loves being with our children.

I hate it when women say, “Oh, it’s so easy.” It’s not. I find it difficult to be a woman in the context of being a Solo Mom. If I had my way, I’d have my lashes on and my spray tan on. I’d be going to yoga. . . . My own health and womanhood take a backseat to my parenting.

Q: As a Solo Mom, what are you the most proud of?

A: It’s a herculean effort for anybody to start their own business, let alone a Solo Mom (plus I have a child with special needs). I’m the most proud of running a successful start-up. I’m really living my dream.

A: The cheat: My oldest is a super-technophile. So if I have work to do, I’ll sit next to him and do my work while he does his thing. That way, we are together.

The fun one: On the weekends, I like to cook. I precook a lot of home-cooked meals and freeze them in the right portions. My kids only eat about five things, so I’ll make 85 tons of meatballs and put them in wide-mouth mason jars, portion them out for each kid, and freeze them. Then the nanny can pull out homemade meatballs for the kids’ dinner. It gives them something I made a couple of nights a week, and it makes me feel less guilty about being a working mom.

Editor’s note: After this piece was published, Cahn went on to found iFundWomen, a crowdfunding platform for female founders and entrepreneurs, in November 2016.

Like the idea of no judgment and honest communication? Join our confidential community of Sisters to connect with other Solo Moms who get it.