Making It Work: A Disney Executive 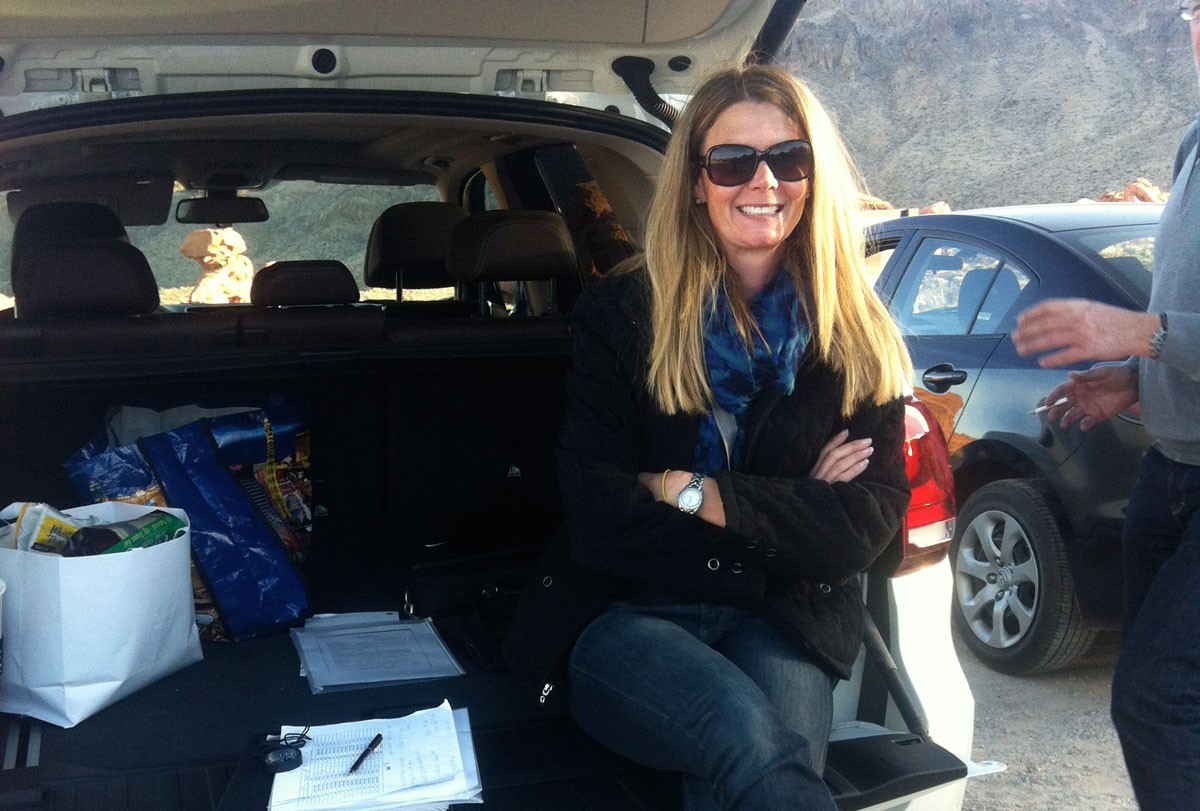 As a production executive for the Disney–ABC Network Group, Tina Trivan has her hands in just about everything—from overseeing productions to selecting dolls for an upcoming promotion. Besides managing her busy work schedule, this sports-loving Solo Mom also finds time to play on Disney’s company softball team, volunteer at her kids’ school, and—most important—parent her two daughters, Annabella, 11, and Marissa, 9. Let’s face it, for these little girls, this is the dream mom with the dream job.

Q: What do you do exactly?

A: I am a manager of short-form production for The Disney Channel. We take a Disney endeavor (like the cruise, the park, a product, or music), match [it] with a Disney Channel talent, then cross-promote. It’s all those little bits you see in between shows on Disney channels. That’s the great thing about Disney: They don’t air commercials; they just promote all things Disney. It’s called synergy!

Q: How did you get this gig?

A: I was a freelance line producer (managing the daily operations of productions) for the past 15 years and was able to work part-time when the girls were young. When my alimony ended, I needed a full-time job. It wasn’t easy. It took me eight months. But I’m good at networking. I submitted my résumé to Disney for a job I’d found online, but it didn’t go anywhere. Ironically, it was my ex-husband who got it over to someone at ABC Family. That person was on the same floor as my future boss.

A: [My ex-husband and I] were married [for] nine years, on and off. There was infidelity on his part. The girls were really young, so we attempted to reconcile a few times, but the marriage just wasn’t meant to be. We divorced five-and-a-half years ago. There were many moments when I was upset and bitter, but I’m in a terrific place now.

Q: How did you manage?

A: When we split, the importance of my life became giving my girls a great childhood. They were four and two. I was a stay-at-home mom who did freelance. I took the alimony and worked the minimum amount. We opted to save money on child care and have them spend more time with me. I was the nanny. So while we had fifty-fifty custody, I had them every afternoon. I don’t regret a second of it. Though I can tell you now, with a full-time job, I feel stronger and more independent.

Now they are at school in aftercare until 6:00, and Disney is so family-oriented that they understand I have to pick up my kids at 6:00. On the weekends when I have a shoot, my ex-and I flip. We are flexible. It hasn’t always been easy. It took a while. It only takes a bump in the road to get back to a bad spot, but now we coparent well.

A: I was fortunate to be able to freelance when I was married, so I was never really “not working” and was always networking. When the time came to get a full-time job, even though it took me several months, I’d been working part-time and made contacts.

Q: When your status shifted from being married to being single, was there a shift in your community?

A: Yes. I have good friends who are married that still invite me as a single person, but 90% of the families at school don’t. But I find with my single friends, we have deeper conversations. What’s interesting is I’m all-inclusive and a networker. For the past seven years, I do Mom’s Night parties at my house, and I invite every mom at the school. What’s funny is that when the men don’t come, it’s so easy because women do all the work: “How can we help you?” “Let us clean up.” When the husbands come, it’s “Let’s go.”

Q: Were there specific resources that helped you with your divorce or career?

A: When my divorce happened, I found a support group called Divorce Care. I bonded with the people in the class. Spiritually, emotionally, mentally—it helped me heal. I referred it to a friend, and it helped her as well. So we brought it to our children’s school, which is Catholic. We were unsure, as Catholics don’t always support divorce, but our priest said, “Yes! Absolutely.” I even facilitated two sessions.

With career, my advice is network. Go out! Who knows who you’ll meet. I moved to Los Angeles from Chicago in 1996 and didn’t know anyone, so I joined and volunteered anywhere I could think of: Women in Film, church, Writer’s Boot Camp, everything. I called everyone I knew, asking, “Who do you know in California?” And when I got here, I called those people. I’d produced a [public-service announcement] for the Multiple Sclerosis Society in Chicago, and it was a woman from there who’d moved to LA that led me to my first job. If you make a contact, it can lead to another contact that leads to another.

A: I always felt like I was raising the girls alone—that was our marriage. When I was seven months pregnant, my ex had open-heart surgery. I’m having my first baby but taking care of my husband. Even when we were married, I felt he wasn’t there.

Q: Besides your girls, what are you most proud of as a Solo Mom?

A: Take advantage of all the free stuff in your community: museums, zoos, concerts, hikes. It takes a little research, but again, it’s all about networking.

Want to know how other Solo Moms “make it work”? Go to Sister Chat!