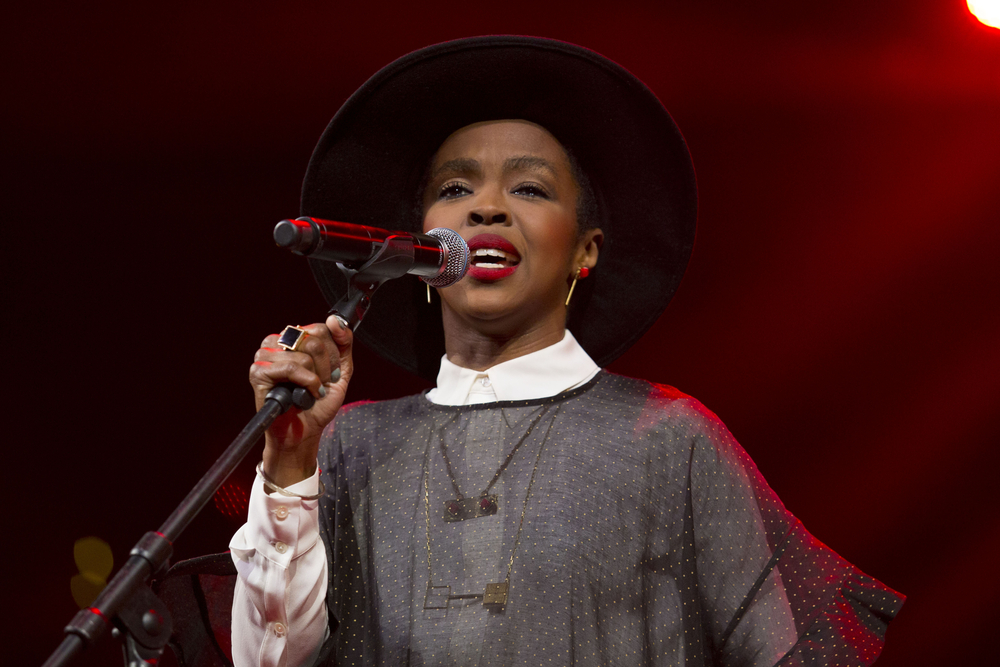 Singer/songwriter/record producer Lauryn Hill has always been fearless about doing her own thing. When her critically acclaimed solo album, The Miseducation of Lauryn Hill, was released in August 1998, the critics went wild. So did just about everyone else: college students, mothers, little kids, and everybody in between responded to Hill’s unique fusion of deeply personal lyrics and classic reggae, soul, rap, blues, and gospel. Summer of 2018 marks the 20th anniversary of that album, and Hill will be touring to celebrate the milestone. Much has happened since Miseducation dropped: Hill—who won five Grammy Awards for her work on the album then, by choice, largely stepped away from the music scene—has in the intervening decades served a three-month sentence for tax evasion; continued to create music when it feels right; and briefly reunited with the Fugees, the hip-hop trio with whom she recorded two studio albums before her 1998 solo effort. She is also a Solo Mom of six: in 2009, she and partner Rohan Marley, with whom she had five kids, split. Hill went on to have a sixth child, Micah, whose father is not publicly known.

In an era of constant media scrutiny, Hill has remained notoriously private. If Micah’s dad is a mystery, so are the myriad seeming contradictions that Hill poses as a person and an artist. She’s been called everything from deeply modest, in a classic Simon Witter interview from 1999, to a diva. (The 2005 Fugees reunion tour ended before an album was recorded, and her bandmates blamed Hill’s attitude and chronic tardiness for the split.) Her music in the years since Miseducation has elicited contradictory reactions, too: in 2001, she recorded a raw unplugged album, MTV Unplugged No. 2.0, that some critics hailed as rough but genius and others dismissed as a public breakdown. She’s done few interviews over the years, but in 2005 Hill responded to questions about 2.0, noting to USA Today that “a lot of the songs were transitional. The music was about how I was feeling at the time, even though I was documenting my distress as well as my bursts of joy.”

In the same interview, Hill said, “If I make music now, it will only be to provide information to my own children. If other people benefit from it, then so be it.” Hill’s kids have always been fiercely important to her. She was, in fact, pregnant with her first child, Zion, during the recording of The Miseducation of Lauryn Hill, and though some in the music industry advised her to get an abortion, so as not to interrupt her career, she resisted the pressure. As she details in the song, “To Zion,” the fourth track on Miseducation, she never regretted her choice:

“I knew his life deserved a chance / But everybody told me to be smart / Look at your career they said / Lauryn, baby use your head / But instead I chose to use my heart / Now the joy of my world is in Zion”

She elaborated in her interview with Witter: “That song is about the revelation that my son was to me,” she said. “I had always made decisions for other people, making everybody else happy, and once I had him that was really the first decision that was unpopular for me. It was one that was based on my happiness and not what other people wanted for me or for themselves. . . . And I’m so happy that I made the choice that I did.”

Fast-forward to 2017, when Hill became a grandmother to Zion’s baby boy, Zephaniah. Her other kids are doing just fine, too, from daughter Selah, who is making her way in the modeling world, to youngest Micah, who is just busy being a regular kid.

In 2010, Hill told NPR that she stepped away from music because “the support system that I needed was not necessarily in place. There were things about myself, personal-growth things, that I had to go through in order to feel like it was worth it.” Now she’s touring again, and one thing is almost certain: Hill is touring because she feels it’s the right next step.

Part of that step, maybe, is sharing the fearlessness that has always characterized her as an artist. As she told NPR, “People got exposed to my passion through music and song first. I think people might realize, you know, ‘We love the way she sounds, we love the music, but I think we just love how fearless she is. How boundless she is, when it comes to what she wants to do.’”

Hall of Fame solo mom in the spotlight Music