Katie Couric: Made of Resilient Stuff 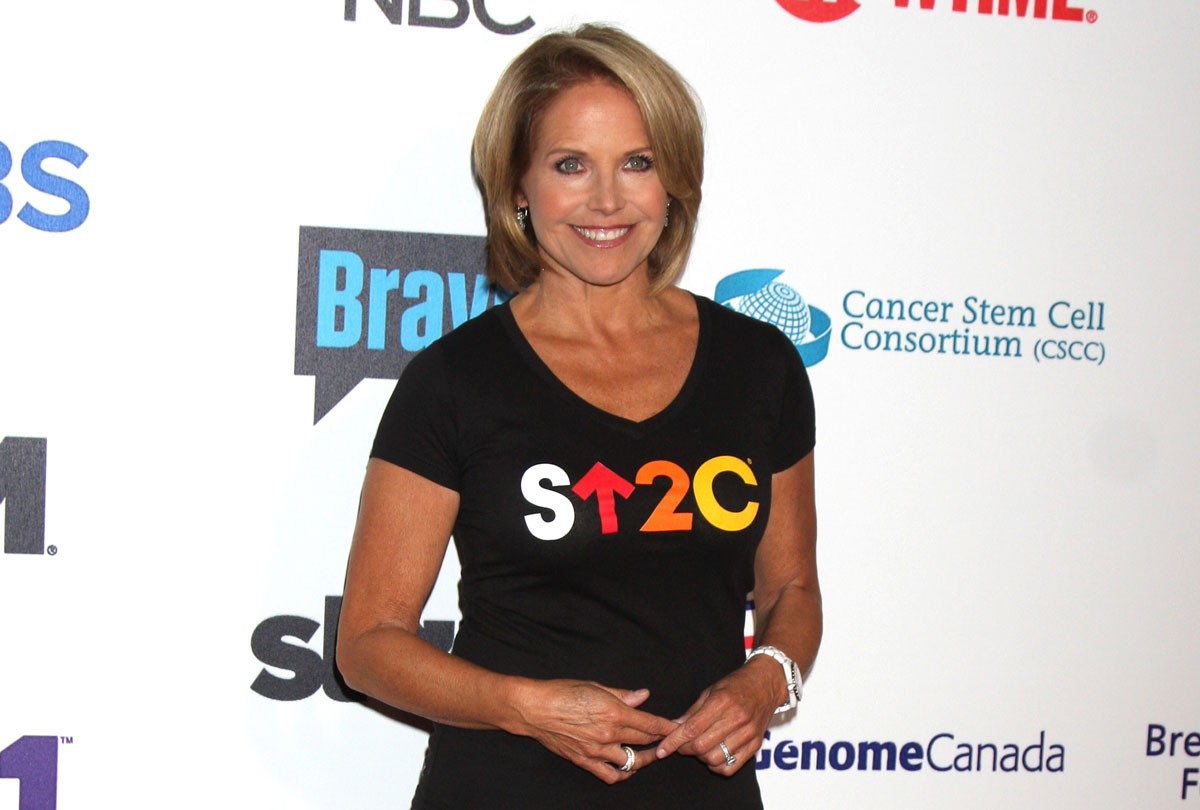 American journalist and author Katie Couric is made of resilient stuff. Widowed in 1998 when her 42-year-old husband, Jay Monahan, died of colon cancer, Couric became a Solo Mom to young daughters Elinor (Ellie) and Caroline (Carrie). It was sometimes a lonely road. She missed having someone to partner with in parenting: as Couric told HuffPost Live’s Ahmed Shihab-Eldin in 2013, “You don’t have the bad cop when you’re the good cop, and you don’t have a good cop when you’re the bad cop; you’re like the whole police force in your family . . . and so it’s challenging.” But she tried to instill values in her children that she shared with her husband, even as she worked through her grief.

“I miss him,” she told People magazine in 2011. “I wasn’t afraid of death; I was much more afraid of loss.” But the woman, who described her younger self as “not particularly exceptional,” gave her all in the months and years following the loss of her partner. After Monahan’s death, Couric devoted herself to her work and to cancer activism, even broadcasting her own colonoscopy on NBC’s Today show in an effort to alert viewers to the importance of the procedure. And her girls always came first. “I don’t want my kids to be orphans,” she told People. “I’d rather be responsible and not get the story than leave my kids without a mother. It is my personal compass.”

Her daughters were witness to their mother’s strength. In 2012, Ellie wrote a post for the Huffington Post blog about growing up without her father—and her mother’s tenacity. “Faced with loss, most people retreat, regroup,” Ellie wrote. “Not my mother. Somehow, she summoned the strength to turn my father’s death into something more significant—a mission to ensure that other families don’t suffer the same fate. My childhood was punctuated with bake sales and lemonade stands for colon cancer research.” Couric’s support of cancer research continues to the present day: in March 2015, she contributed to a conversation on the future of cancer held at Columbia University to mark the PBS broadcast of Cancer: The Emperor of All Maladies, produced by Ken Burns.

In 2014, Ellie and Carrie were there to support their mom when the former Today anchor and current Yahoo Global News Anchor married financier John Molner in the backyard of her East Hampton home. It was a happy occasion. “[My kids] really think the world of John,” Couric shared with Us Weekly after news of the engagement broke in 2013. “He loves them.”

Through it all, Couric has taken care to ensure that her girls take responsibility for their own happiness. “[T]hey have to establish their own identities, and that includes their own financial identities,” Couric told Good Housekeeping in 2012. “You want them to be independent; you don’t want them to be slackers in any way, shape, or form. And I know I’m in a very enviable position to even have these issues.”

Couric’s gratitude carries over into all areas of life, including her role as Solo Mom all those years. As she noted to HuffPost Live, “There are so many joys to being a parent that when I think about the hardships . . . it’s hard to really come up with those as much as it is to really sort of articulate the joys.”

To learn more about Katie Couric and her work, visit her website.

solo mom in the spotlight Hall of Fame widow