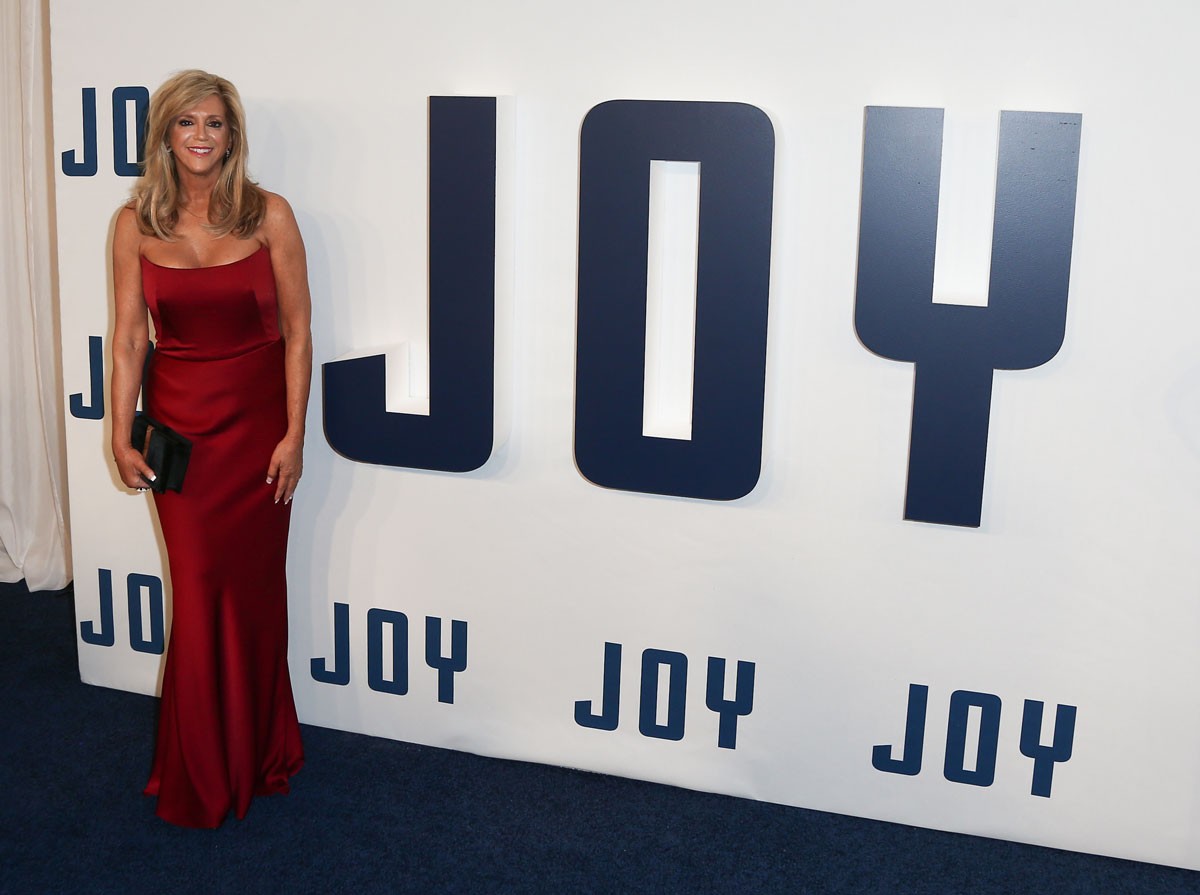 Filmgoers who have seen the 2015 movie Joy know something about Joy Mangano.

The film is based on Mangano’s life as a Solo Mom, American inventor, and businesswoman. And Mangano couldn’t be more pleased. When she first saw the film’s trailer, released in October 2015, the entrepreneur enthusiastically tweeted, “I just watched the trailer for #JoyMovie! I’m so excited & know you’ll all love it! xx, Joy.”

Though the movie is only loosely based on Mangano’s life—her last name is never used—the real Joy is delighted by the film’s empowering message to women. Mangano’s Home Shopping Network (HSN) website, which has a section devoted to the film, reads, “We’re celebrating the empowering story and spirit of entrepreneurial women everywhere with the upcoming movie JOY.”

Mangano knows something about strength and empowerment. She married Anthony Miranne in 1978; when the couple divorced in 1989, they remained friends and business associates, but Mangano became a Solo Mom to kids Christie, Robert, and Jacqueline. Mangano and the kids lived in a two-bedroom ranch house, with Mangano working as an airline reservations manager and waitress to pay the bills. But in 1992, Mangano’s invention of a self-wringing mop, called the Miracle Mop, began a new chapter for the Solo Mom. Mangano introduced the mop on television network QVC; within half an hour, she’d sold more than 18,000.

When designing the mop, Mangano drew on her own experiences—keeping a house clean while working and raising kids—to create something practical and efficient that she’d like to buy. Though the plan seemed sound, it wasn’t always an easy road. “As single-mom female inventor, there was no path for that, so really I don’t think people took me seriously for a really long time” Mangano told People magazine in December 2015. But the Solo Mom had grit. As close friend Ronni Fauci told Joy director David O. Russell about Mangano’s approach to adversity, “It’s over, under, around or through. There’s no situation Joy cannot overcome or circumvent.”

Indeed. Mangano went on to hold more than 100 patents for her inventions, including Huggable Hangers, the best-selling product in HSN history; and the Clothes It All luggage system, a rolling suitcase with a removable garment bag. The entrepreneur sold her company, Ingenious Designs, LLC, to parent company HSN in 1999, and has been the face for HSN ever since. In early 2016, Mangano expanded her reach, revamping her brand and products to reach a whole new group of customers in retail stores including Target, Macy’s, The Container Store, and Bed Bath & Beyond. As part of the launch, creative agency Red Tettemer O’Connell + Partners put together a 60-second spot. In it, the Joy brand is, well, joyfully introduced to consumers who might not already know about the brand or Mangano from HSN.