Jill Scott: Biting Her Tongue and Speaking the Truth 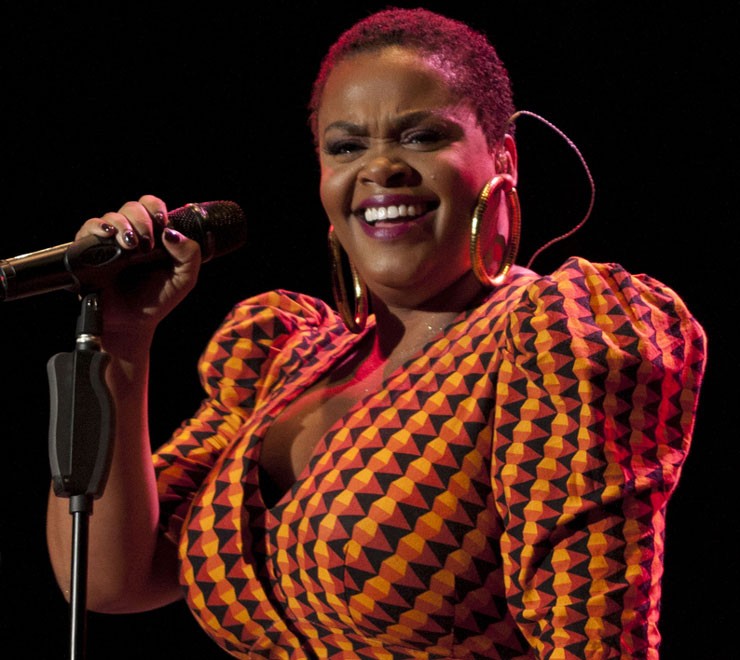 Jill Scott was born and raised in Philadelphia. Though her father was out of the picture, she was doted on as an only child raised by her mother and grandmother.

After dropping out of Temple University, where she’d worked two jobs to support her studies, she went on to apprentice at a theater company, landing a part in a Canadian touring production of Rent. She eventually hit her stride as a spoken-word artist and was “one among a number of promising Philadelphia poets who regularly recited their poems, hummed songs, and rapped at gatherings in small venues around the city,” according to Encyclopedia.com.

Deciding to pursue a music career, she went on to record seven songs with DJ Jeff Townes aka Jazzy Jeff and cowrote “You Got Me” for the Roots and Erykah Badu, which won a Grammy Award in 1999. Her debut album, Who Is Jill Scott? Words and Sounds, Vol. 1, followed in 2000, scoring her three Grammys.

Scott continued to write poetry, publishing The Moments, The Minutes, The Hours: The Poetry of Jill Scott in 2005. Her collection of poems “all have an immediacy and short-lined honesty that reflects a deep appreciation of everyone from Nikki Giovanni to Emily Dickinson,” wrote Publishers Weekly. In 2011, she read from her poetry collection during a poetry event at the White House hosted by President Barack Obama and First Lady Michelle Obama.

Scott’s acting career continues to thrive. She’s appeared in a handful of movies and starred as detective Precious Ramotswe in the 2009 HBO miniseries The No. 1 Ladies’ Detective Agency, based on the best-selling books by Alexander McCall Smith. Scott currently plays Lady Eve in the CW’s Black Lightning, which just finished airing its first season in April 2018.

Despite her growing success as a singer, songwriter, poet, and actress, Scott found herself faltering when she became a mother to son Jett Hamilton Roberts in 2009. She suffered from postpartum depression and broke up with her son’s father soon after the boy’s birth. Scott overcame those challenges and, in an interview with MadameNoire, even offered a parenting tip for Solo Moms: “Don’t talk bad about his dad, [even if] you have to bite your tongue in half.” (Her first marriage, to Lyzel Williams, ended in divorce in 2007; and her short-lived second marriage, to Mike Dobson, ended in divorce in April 2018.)

Scott kicks off her Live in the Moment summer tour in June 2018. For more, visit Scott’s official website.