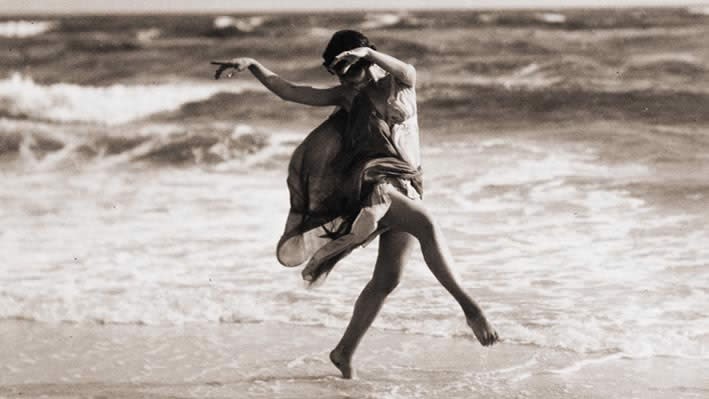 Born in 1877 and raised by a single mother who struggled to support her family by giving piano lessons, Isadora Duncan left school and began teaching movement classes to neighborhood children when she was still a child herself. Searching for opportunities to develop and teach her expressive style of modern dance, Duncan moved from her native California to New York, then to Europe. A bisexual and staunch feminist, Duncan refused to marry either of the fathers of her first two children. Tragically, both children died in an accident, at age six and three, when the car they were riding in rolled into the Seine River. Following a retreat to the Greek island of Corfu, the grief-stricken Duncan threw herself into her work. She lost a third child, in 1914, just hours after his birth. In 1917, she became a single mother again when she legally adopted six of her dance protégées. The “Isadorables,” as they were known, carried on their mother’s legacy after her tragic death: in 1927, Duncan was strangled by one of her signature flowing scarves after it became entangled in the wheel of her convertible.