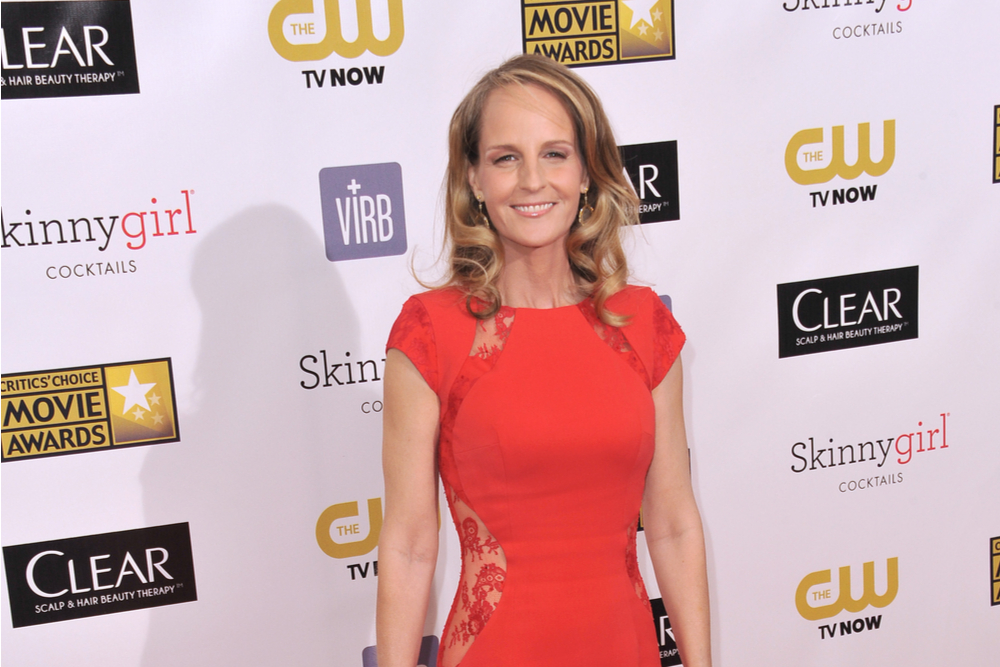 In the 2014 film Ride, actress/director/screenwriter Helen Hunt plays Jackie, a Solo Mom who quits her job on the East Coast and travels cross-country to be with her son after he drops out of school to become a surfer. Hunt, who did her own stunts (and surfing!) for the role, and also wrote and directed Ride, was in a long-term relationship with television producer Matthew Carnahan when she worked on the film. But three years later, life imitated art when Hunt herself became a Solo Mom to Makena, her daughter with Carnahan.

Hunt and Carnahan, who never married, split in 2017 after 16 years as a couple. “They had a rocky relationship and many offs and ons over the years,” a source reportedly close to the actress told E! News in August 2017. “They stayed together as long as they did because of their daughter.”

Hunt hasn’t spoken publicly about the breakup, but two things are clear: she loves parenting, and her professional life continues to thrive. “It’s the greatest pleasure I’ve ever known,” the actress has said about being a mom to Makena. Becoming a mom wasn’t a slam dunk, either: “I had to fight like a wild animal to get pregnant with my daughter,” Hunt told the Daily Mail in 2013. “I went through a lot of rigorous fertility stuff. I think I have more appreciation of motherhood having had my daughter later.” The actress has also embraced the opportunities for growth that being a mom affords: as Hunt told ESPN in 2015, parenting is “kind of a wake-up call, to be my best self when I’m with her.”

The actress, whose roles have included her seven-season turn as Jamie Buchman in the NBC sitcom Mad About You (from 1992 to 1999), as well as parts in films ranging from Twister to Pay It Forward to an Oscar-winning portrayal of Solo Mom Carol Connelly in As Good as It Gets, has continued to nurture a thriving career. In 2017 and 2018, she directed episodes in the anthology television series Feud and the ABC sitcom American Housewife. And in the 2018 film The Miracle Season, Hunt plays volleyball coach Kathy Bresnahan. The movie, based on the true story of the Iowa City West High School volleyball team, explores how the team rallied after the sudden death of their leader, Caroline Found. Finally, fans of Mad About You are abuzz with the news that Hunt and her Mad About You costar, Paul Reiser, have closed deals with Sony Pictures TV to reprise their roles as Jamie and Paul Buchman. “It’s not for sure yet; I hope it is,” Hunt told Ellen DeGeneres in an April 2018 appearance on Ellen. “I will say, Paul Reiser is in my kitchen a good amount because we’re talking about how to make it and not wreck it, because we’re proud of what we did, so . . . I hope so.”

As for Makena, she seems to take after her Solo Mom in more ways than one. “I was a pretty good kid. I was like my daughter,” Hunt told ESPN. And, like her mom, Makena has tried her hand at acting. “[Makena has] not only seen Miracle Season, she’s in Miracle Season,” the proud Solo Mom told the Huffington Post in April 2018. “She has two scenes at the beginning that I had nothing to do with—she auditioned and she got the part.” It was by all accounts a great experience: “Being on the set surrounded by these wonderful actors-turned-volleyball players and volleyball-players-turned-actors, they all just treated her like they were her aunties and it was a pretty amazing summer we spent,” Hunt said.

Will Makena get into the acting biz? Only time will tell, but her Solo Mom, who’s been riding the wave of motherhood with absolute joy, will support whatever Makena decides. As Hunt said, “It will be utterly and totally up to her.”

Actress solo mom in the spotlight Hall of Fame