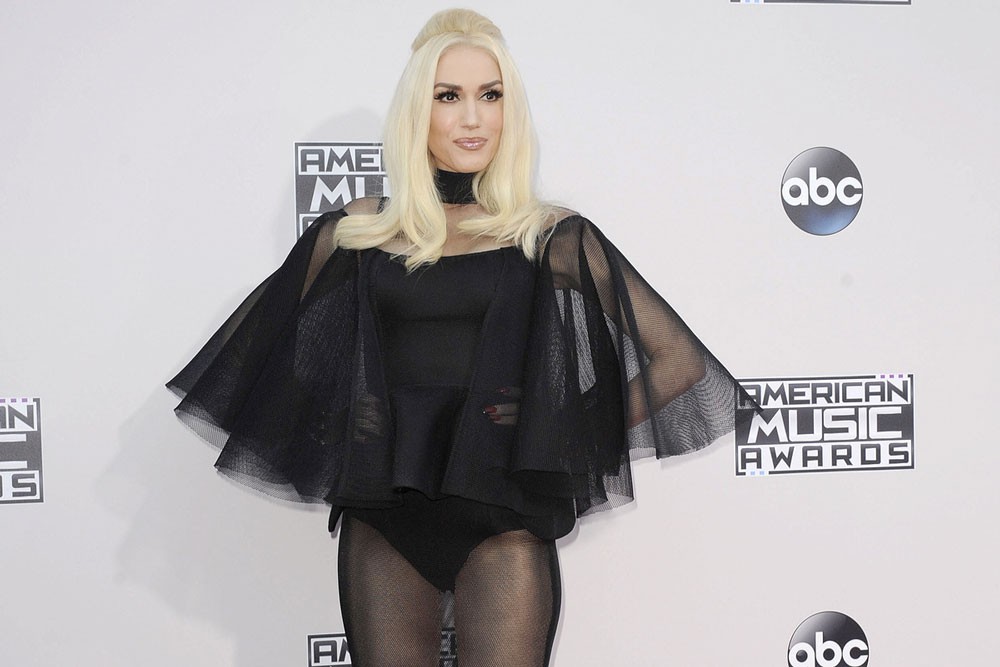 American singer, songwriter, and fashion designer Gwen Stefani knows something about creating art from tragedy. Her triumphant 2016 album, This Is What the Truth Feels Like, grew from the personal setbacks she endured after her marriage to musician Gavin Rossdale imploded. The year 2015 had started innocently enough: in February, Stefani happily joined Adam Levine onstage at the Grammys to perform “My Heart Is Open.” But within a day, her world fell apart in the face of allegations that her husband had been cheating on her with the nanny employed to help with sons Kingston, Zuma, and Apollo.

“It was the beginning of hell,” Stefani told Harper’s Bazaar in 2016. “Like six, seven, eight months of torture, trying to figure out this big secret.” Stefani may have wanted to vent, but she stayed circumspect for the sake of the kids, sharing her pain with few people outside her family and inner circle. “It’s because I have children,” she said. “As a famous person, you start to think, ‘I can’t say all that because I’ll embarrass them or hurt them in some way.’”

It was a dark time. “My dreams were shattered,” Stefani said, but the singer, known as the cofounder and lead vocalist of the band No Doubt, continued her work as a judge on the reality singing competition show The Voice and focused on her boys. And she returned to the studio, where she recorded her third solo album, This Is What the Truth Feels Like. “I had spent a lot of years not being confident about my songwriting,” she said. “But I know that’s all I had left, and that was my gift. I had read somewhere if you don’t have gratitude and confidence in what you’ve been given, you’re nowhere.”

Stefani dug deep, cowriting the emotional ballad “Used to Love You” just weeks before it debuted in October 2015. And the album? It became the singer’s first number-one solo hit. “[Working on the album] released me from that feeling of hopelessness,” Stefani told Glamour magazine in 2016. (It wasn’t the first time Stefani had mined gold from heartbreak: No Doubt’s 1995 breakthrough studio album, Tragic Kingdom, explored Stefani’s breakup with then-boyfriend Tony Kanal in songs such as “Don’t Speak.”)

As it turned out, Stefani’s colleague from The Voice, country singer and songwriter Blake Shelton, was going through a divorce at the same time. The musicians ended up supporting each other through their respective splits; weekly check-in e-mails evolved into frequent texts. “[Shelton] basically told me what was going on with him,” Stefani shared on SiriusXM’s The Howard Stern Show in 2016. “We just started this friendship. I wasn’t trying to start a relationship. I was just trying to not die.” The friendship grew into romance. As Shelton told Billboard, “Next thing I know, I wake up and she’s all I care about, and I’m wondering if she feels the same about me.”

She did. More than half of the tracks on This Is What the Truth Feels Like are about rediscovering the bright flare of love. “It’s definitely two different cultures,” Stefani told Glamour of the differences between her own background and Shelton’s. “But there are many similarities, in things that we love and our morals . . . it’s really fun when you can learn about so many new things and share those differences.” In fact, the Solo Mom ushered in 2017 with her sons, Shelton, and extended family members at Shelton’s ranch in Oklahoma. (They had some fun: at one point over the holiday break, Stefani’s son Kingston took over his mom’s account on the lip-synching app Musical.ly to post videos of himself, his mom, his brothers, and Shelton dancing around to Maroon 5’s song “Don’t Wanna Know.”)

Stefani, who took a hiatus from The Voice in seasons 10 and 11, returns as a judge in spring 2017, so the couple will be united on-screen as well as off. And she continues to grow as an artist, reaching an ever-wider audience. Songs such as “What U Workin’ With?” (performed with Justin Timberlake) appeared in the soundtrack for the 2016 movie Trolls (in which Stefani also voiced the character DJ Suki). The singer’s clothing line, L.A.M.B., is sold worldwide, and she has recently expanded her fashion realm into two new eyewear collections and a line of high-end kids’ clothes.

Through it all, her boys are her priority. When she toured in summer 2016 to promote This Is What the Truth Feels Like, the kids joined her. Of life on the road, Stefani enthused, “[I]t’s amazing with the boys. I thought they’d want to go off and, you know, go to Disney. But they all wanted to be at the venue.” She relished the time together: she coparents with Rossdale, and having her sons with her for just 50% of the time postdivorce has been hard. “It’s like, the most unjust, unbelievable system,” she told the New York Times, though she also tries to see the “blessing” in the situation, which has been time to heal and write.

Asked if she ever thinks about her legacy, she scoffs. “No, that’s ridiculous,” she told Glamour. “When I think of a legacy, I think of the legacy of being a mom. When you’re a parent, you’re just like, God, I hope they like me when they grow up. I hope that I did a good job. I hope they’re gonna be happy. The moment you get pregnant, you’re tortured by the fear of not doing it well. But I feel at peace with that right now. I’m trying to be present, not thinking and worrying about the past or the future. That’s such a waste of time, you know?”

Stefani, once again, is telling her truth.

Hall of Fame Music solo mom in the spotlight